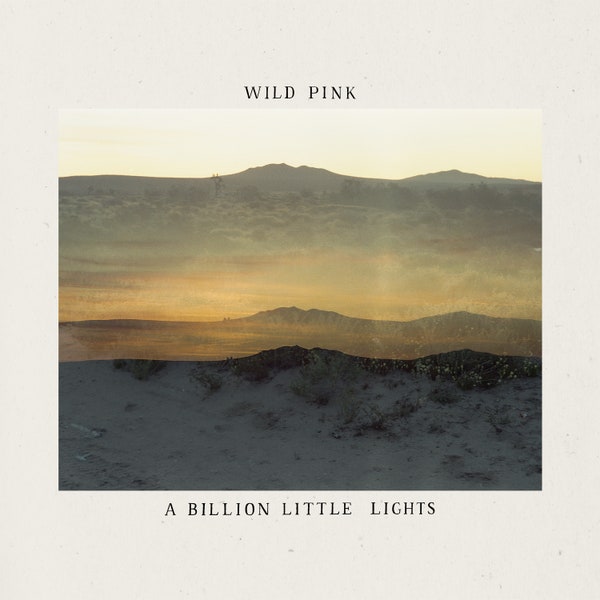 Most music stems from emotion. Whether it be feelings of heartbreak or happiness, nearly all of our favourite tunes have been inspired by feelings that become so overwhelming that channeling them through music is the only solution. Yet, what is much harder to document is the journey, the process of moving from one emotion to another. Enter acoustic-indie heroes Wild Pink.

In their latest album ‘A Billion Little Lights’, the group have managed to document frontman John Ross’ journey to emotional sincerity through a series of intricately inspiring tracks that marks the groups best work to date. What’s most striking about the release is its ethereal nature. From the opener ‘The Wind Was Like A Train’, the group’s eclectic collection of sounds and samples make you feel like you are floating.

It’s enough to get swept away in and, yet, Ross’ candid lyrics keep the works gracefully grounded. Ross sings repeated lines of “I got you back” that almost feel euphoric – as if the singer himself can’t quite believe his joy. The identity of the lyrics, mixed with the heavenly instrumental, makes for a distinct contrast – but one the band handles with ease.

As the work unfolds, it becomes apparent how much the instrumentation helps tell the group’s stories. In ‘Amalfi’, a recurring drum and vocal inflections mimic heartbeats and heavy breathing, as Ross sings about the person who ‘saved’ him. In ‘Pacific City’ blaring horns are used to capture the buzz of a populated place. It’s subtle, but upon listening closely, the detail the group have packed into each track is strikingly apparent.

Albums as personal as this can often feel unwelcoming. ‘A Billion Little Lights’ is different. From the uplifting use of sound, to Ross’ the candidness of their lyrics throughout this work, Wild Pink invites you to celebrate the emotional journey we all undergo and – as they command in the closing track ‘Die Outside’; “let every wall come down”.

The message is one of catharsis, and one we should all be following. And if we ever get stuck, we only have to Wild Pink’s musical offering for inspiration.

Listen to Wild Pink on Spotify and Apple Music.