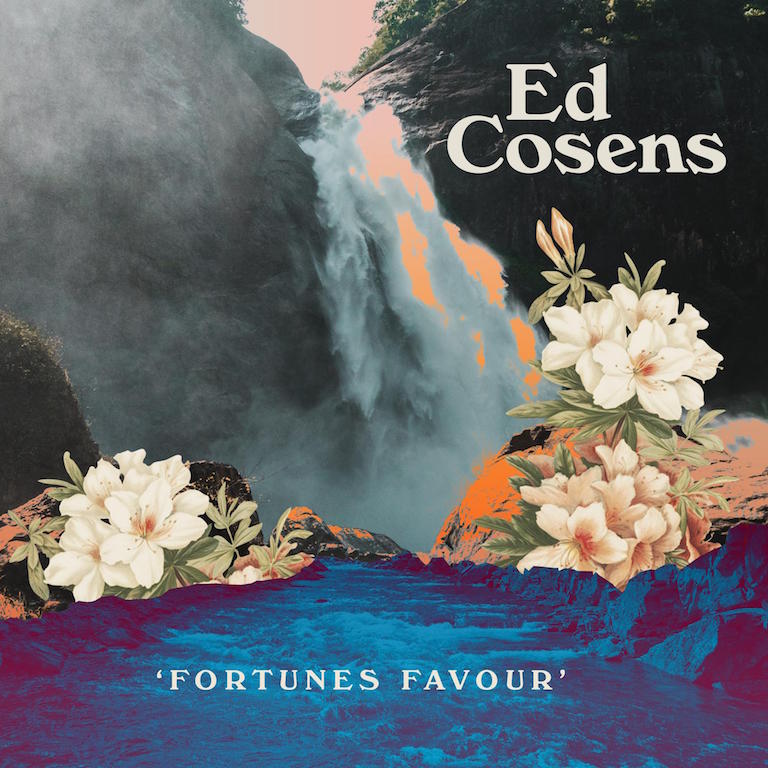 After a stellar career with Reverend and The Makers, Ed Cosens strikes out on his own with a confident and semi-autobiographical debut.

Fortunes Favour is the end product of Cosens finding confidence in his ability to craft songs beyond his work as the guitarist and co-songwriter of Reverend and the Makers. Opening track ‘Running On Empty’ makes a strong case for this: a melodic and mature example of indie rock with an extra sprinkling of strings: ‘I know that I’m not the easiest guy to tell it’s okay/ I know that I can’t often relate/ but I’m not okay‘. The melancholy lyrics continue on ‘If’, exploring the nature of heartbreak, and on the tender, finger-picked ballad, ‘Last To Know’, which recounts the tale of someone discovering they’ve been lied to by a lover: ‘and the rumours start flyin’.… now you’re realising that she’s just been lying and you were the last to know‘. The lyrics are bold and honest, offering a real glimpse into Cosens’ headspace.

Titular track ‘Fortunes Favour’, with its catchy guitar hook and keys, is a break from the semi-acoustic tracks, while still in keeping with the album’s reflective nature. Indeed, while most of Cosens’ songs are structured around acoustic melodies, he also manages to showcase his musical range; on ‘Madeline’, the drum beats and bass hooks have an Americana-like atmosphere, with brooding instrumentation leaning into lyrics detailing addictive love – reminiscent of Arctic Monkeys AM.

Cosens has often cited his inspiration from Richard Hawley and The Beatles, with bright and peppy track ‘Lovers Blues’ being prime example of the latter. This track is a straightforward indie-pop love song, complete with jingling guitars and the ‘sha la la la‘ backing vocals, reminiscent of ’60s soft rock. So too is the carefree and upbeat track ‘On The Run’ imbued with the bright melodies that showcase his love of this era.

Bringing the album full circle, ‘Come On In’ is thoughtful and introspective. ‘I’m no good at long goodbyes but I’m not leaving this way‘ Cosens sings, with the vocal effects highlighting the Sheffield twang in his accent. Last songs on albums are usually reflective, but Fortunes Favour is like an album of last songs, each of them well-crafted and intimate.

Haiku Review:
When the world stands still,
Reflect on all life’s crossroads
With fresh clarity.