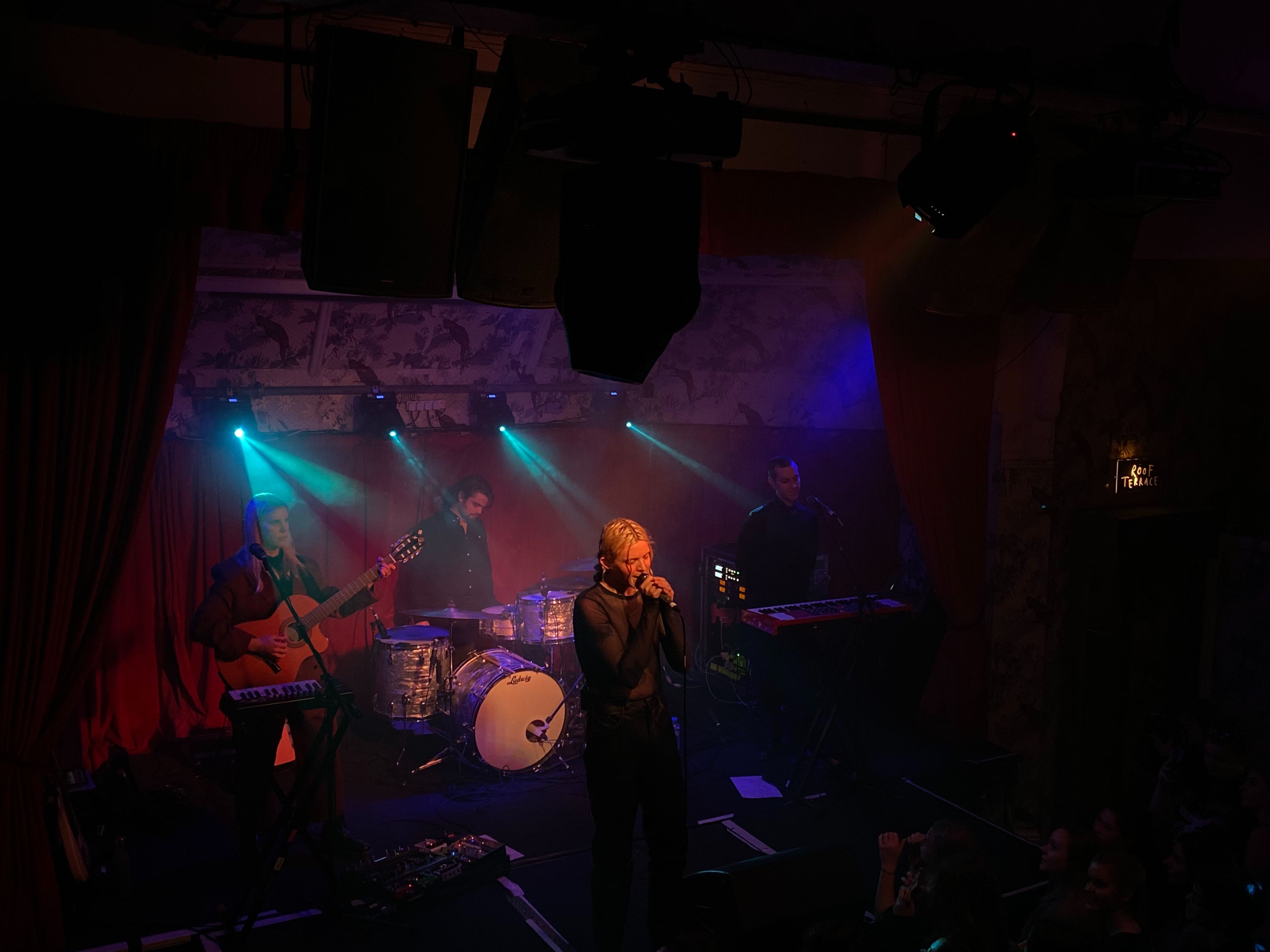 It was a normal Tuesday night in Manchester, and a normal Tuesday night at Deaf Institute. Situated just off Europe’s busiest bus route, Oxford Road, yet tucked away within the student district, Deaf Institute is a proud pioneer of new musical talent. Pints were being poured, people were being ID’d (me – the cheeky fuckers, I’m 21) and the assembled crowd were waiting in anticipation.

Cub Sport arrived and delivered a heartfelt set to Manchester’s onlookers who screamed during the band’s upbeat tracks Hawaiin Party and swayed respectfully during the quieter ones As Long as You’re Happy. For the untrained eye, it seemed as if Hopper from Stranger Things was on drums – though he was clearly not solving sci-fi crimes and instead focusing on trying to keep time. Ultimately, what unfolded was an accomplished performance that will be remembered most for lead singer Tim Nelson‘s impressive vocal range, as well as his ability to wield two microphones at once. The guitarist to his right was also sporting a stylish red suit which earns extra Rodeo points, if nothing else.

Listen to Cub Sport on Spotify or Apple Music! Get our latest print volume HERE.