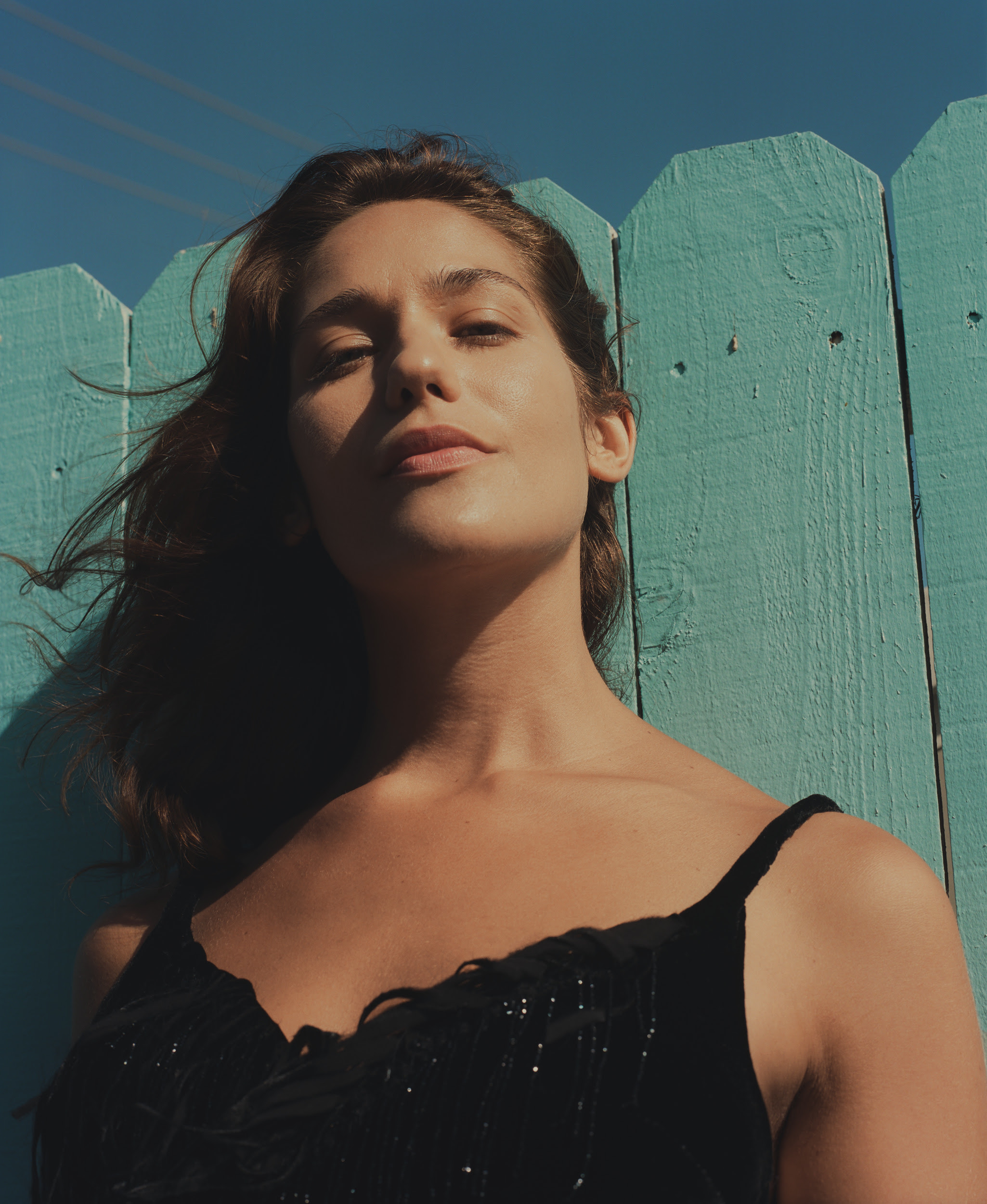 Lola Kirke on being a boss bitch

When she isn’t involved in Hollywood movies or Golden Globe-winning shows, Lola Kirke is penning fresh Cosmic American tunes on her guitar. Just after the release of her ‘Friends and Foes and Friends Again’ EP, we managed to grab her for a chat.

It’s stated that you are a “New Yorker by way of London” – how long ago did you cross the pond?
I moved when I was 4 or 5.

What’s more embarrassing these days, coming from the US or the UK?
Ugh, I think its increasingly the same which is annoying when those are the two passports you have.

You just released a new EP which features a different musician on each of the five songs singing duets with you. Where did the idea for this EP come from?
I love the classic country duets template but I haven’t found my one and only yet so I figured I’d just keep it fresh and sing with some of my favourite artists!

How did you decide who to collaborate with?
Brent and I co-wrote “Shoulda Cheated” together so that was natural, Kelly happened to be passing through Fort Worth and is generous so that worked out, similarly with Audrey—she was just hanging in the studio when we got the idea to cut “Cocaine.” “Seeds and Stems” was supposed to be the one solo song but just made more sense with the EP’s producer Austin sing talking on it. And I’d really wanted to subvert the heterosexual classic country love song duet by writing one about long term queer love and I love singing with Lilah Larson so that was kind of a no-brainer.

In addition to the songs being awesome, I rather love the album art. You don’t see too much in that style these days, it actually made me spend quite a bit of time analyzing each song’s ‘comic’. Who did the album art? And what was the thought process behind the concept?
Why thank you! I love the album art too. It was such a relief not to figure out all the rigamarole behind getting your picture taken and then making it represent a music project. Joana Avilez is one of my favourite illustrators and I was so happy when she agreed! I told her to look at Cheap Thrills for inspiration but then she just listened to the EP and came up with everything else by herself!

Talk to me a bit about the recording process for Duets. The songs give off a real sense of community like you all were just a nice, happy studio family. Did things go as effortlessly as they sound?
They were pretty smooth sailing! Josh Block and Austin Jenkins had pretty much pre-tracked everything themselves (with Josh on percussion and Austin on everything else) before I got there but then I was like we need to make this sound way shittier because they’re both such pros and it was super slick sounding which is great but not so me–I mean I can barely walk down the street without tripping over absolutely nothing. But once me and all the other singers were there, that sense of fun and community was alive and well. I’m so glad it gives off that vibe!

Speaking of family, your sister Jemima is also in the entertainment industry, and she directed your latest music video. What was it like working with an immediate family member on a creative project like this? I imagine the two of you are close.
I think Jemima is such a talented artist and has a really strong sense of what she wants as a director. We communicated so well in these roles and I have tremendous respect for her work ethic, vision, humor and humanity. So ya, it ruled and I would do it again.

In addition to being a songwriter, you’re also quite a successful actress – I guess it runs in the family! This all seems like it would yield an incredibly busy life. How do you balance wearing both of these hats?
Sometimes it’s very hard because you’re straddling two demanding jobs and other times your like “hellooooo is anyone out there” and you have no work at all. I think in part I started pursuing music professionally because I couldn’t stand the waiting and the lack of control involved in being an actress. As usual, music saves the day.

If you had to pick between your passions – life or death, here – would you rather be remembered as an actress or a songwriter?
Boss Bitch is preferable.

Neither of these industries have an overly stellar reputation when it comes to gender equality… for fear of going down a massive rabbit hole, let me try and phrase this in a positive way, haha. Do you think here, in 2019, things are finally starting to turn around?
I think there’s been a lot of good that’s come of it—you certainly see a more women earning positions of power, getting a kind of attention that was once only reserved for men and that’s huge. I think the more diversity we have represented in media the more diverse legislation and ideology we will have in the world so that’s very positive. But this is gonna be slow and painful and may not feel that changed for a long time. So I don’t know!

Even though the fact that we’re finally having conversations about this is encouraging, I’m sure you’d agree there’s still a long way to go. How can we – the collective ‘we’ – continue to do better?
Just don’t give up and keep speaking up. We can’t let this be a fad.

What’s next for Lola Kirke?
Touring in December on the west coast and acting stuff next year! Also recording my next LP asap.

Listen to Lola Kirke on Spotify and Apple Music. Get the latest edition of our print magazine HERE.