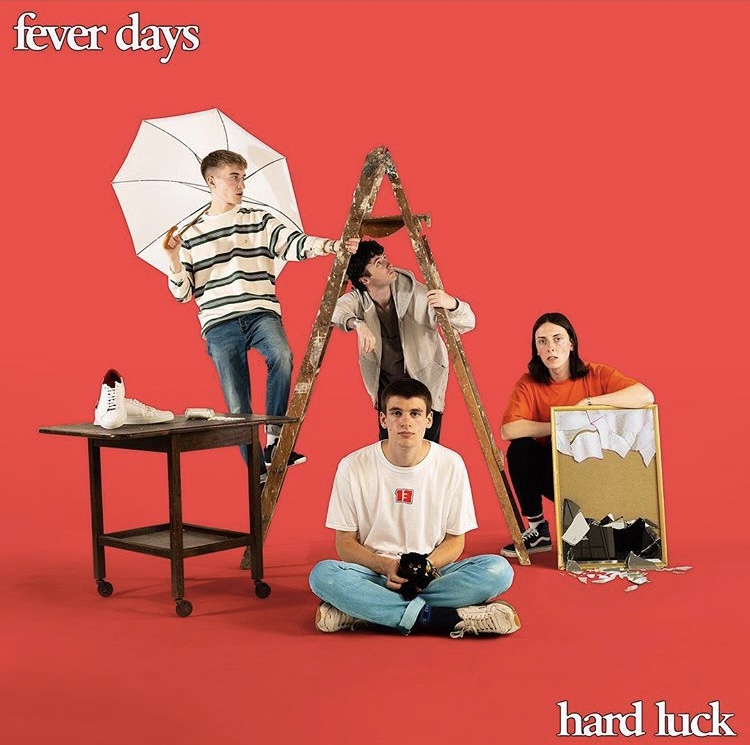 What the Cluny2 lacks in space, it makes up for in reputation. So if you’ve secured a spot on
the line up, there’s no room for fucking about. It always looks a bit like everyone’s
performing in a sexy, low lit shed, so if you’re making the space work then yeah, you’re
pretty much killing it.

We haven’t long since said how effortlessly excellent the Fever Days boys are – and when
we’re right, we’re right. It’s no mean feat opening a band night full of up and coming
Northern icons, so their calm confidence did them a lot of justice. That, and it’s a bit of a
breeze hearing such a flirty synth so early in.

We’re getting a bit sick of people sleeping on St. Buryan, if we’re honest. Show us a band
with eight songs on a support setlist and we’ll show you a band who should be headlining.
Can we maybe sit up and pay a little more attention to the pop-punk revolution happening
in the North East please? These lads kick started it, and we don’t want to miss out.

No one does ‘believing their own hype’ quite the way SLEEPTAPE do. Especially when you’re
sort of just… four more boys with guitars.

Extensive, colourful. Just more energy coming off the stage than being given back to it.
Blame it on the Red Stripe, eh lads?

Listen to St Buryan on Spotify and Apple Music, as well as checking out SLEEPTAPE’s Spotify.

Check out our interview with the Fever Days lads HERE