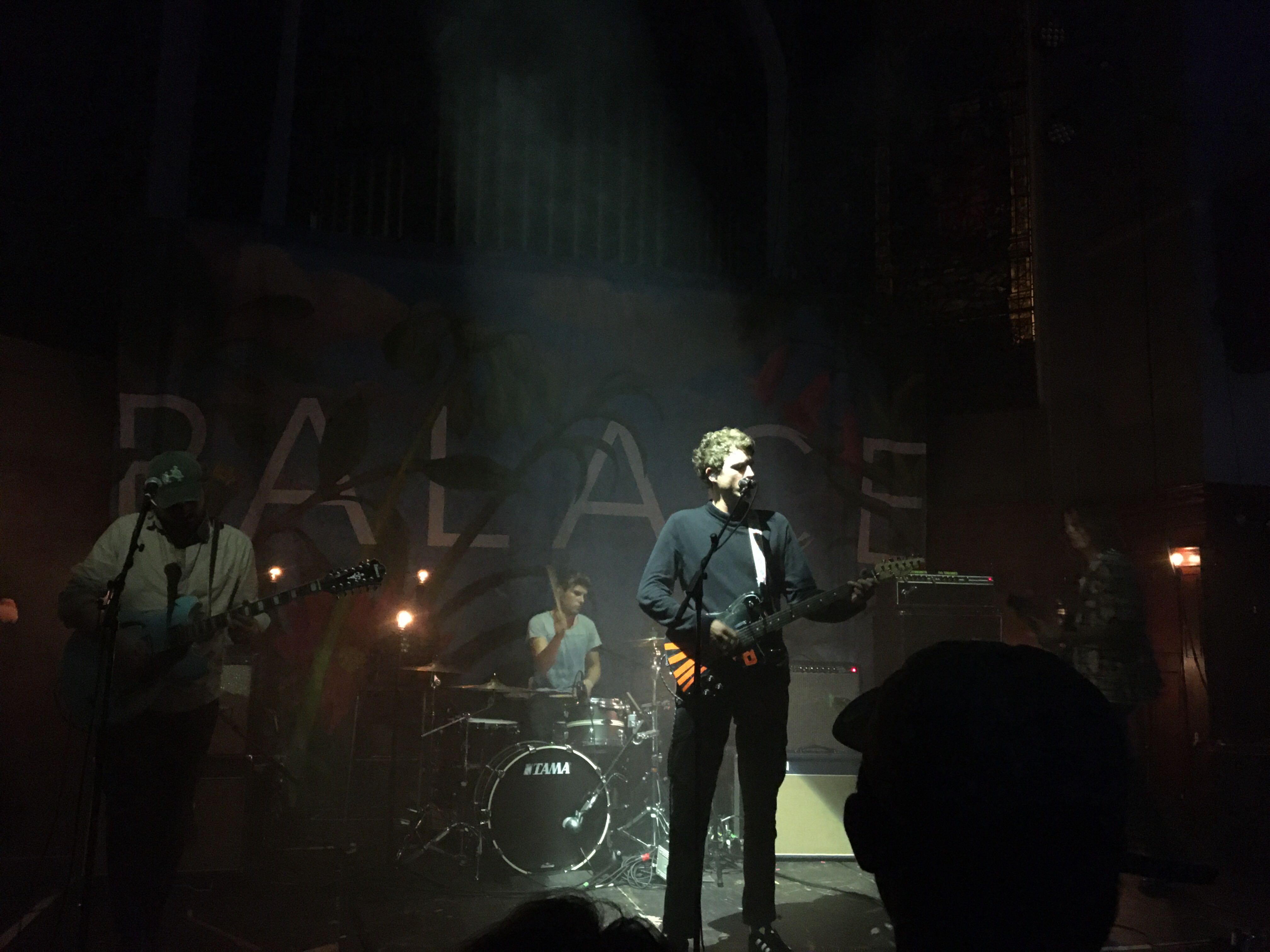 The fireworks came early on Monday evening as Palace returned to Glasgow with a bang. Promoting the release of their latest album, Life After – a beautiful and progressive sophomore – the quartet received a hefty Scottish welcome in the church-turned-music-hub of St Luke’s.

It was, by all accounts, the perfect venue for them: sound echoed through every corner, filling the walls and rumbling through the wooden floorboards; you feel so close you’re practically in the music. With house lager at just £4 a pint (can I get a yee-haw), the crowd was as alive as it could be for a band singing about dying.

As for the performance itself, any hesitations I had swiftly dissolved. For a group whose sound isn’t necessarily what you’d call ‘upbeat’, I was prepared for a couple hours spent in the presence of four guys gently swaying behind their instruments. Not so. Emotive, tender and powerful, Palace did exactly what a band should do at a gig: they breathed life into their records. The source of most surprise (pleasant though it was) came undoubtedly from frontman Leo Wyndham – the dude sang like he might never sing again. Blasting out lyrics over an impressive range, delivering them with more heart and soul than we could have hoped for, it was truly difficult to unglue your eyes from him.

They were loving it, too, and I maintain that one of the best qualities in a live band is seeing the grin on their faces as they play. In fact, in the case of Palace, they were having so much fun they ran over time, and had to break the news to the crowd that they’d been told to get off the stage with immediate effect. This was, as I’m sure you can imagine, less than well-received, and was soon met with several hundred Glaswegians shouting in protest: “PLAY HOLY SMOOOOOKE”. Laughing, the band held their hands up at the staff as if to say, “The people have spoken, mate”, and proceeded to play out the gig with one final song.

Palace brought warmth to that Scottish November cold, bringing with them a performance I won’t forget in a hurry; I cannot recommend them highly enough.