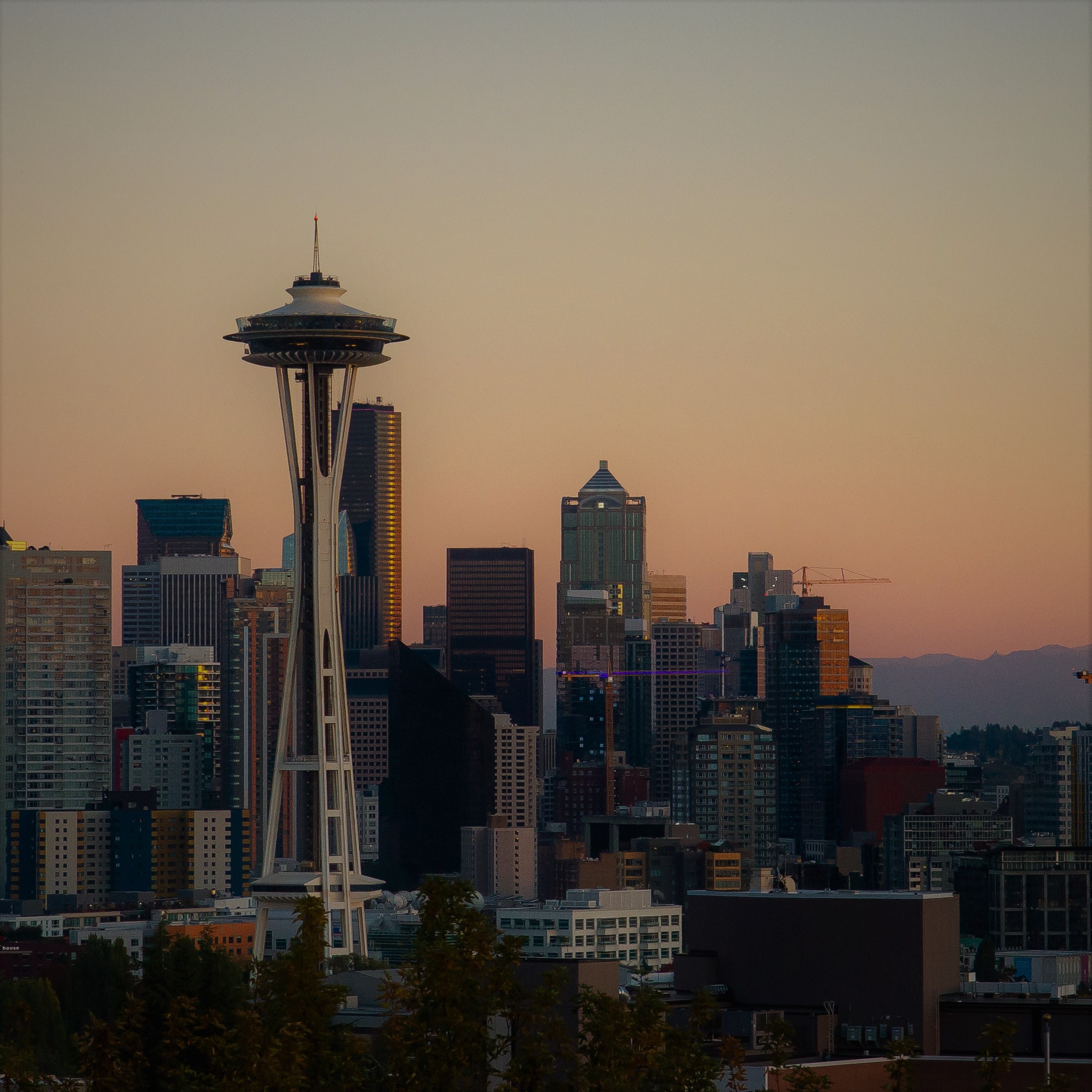 All around the states: Seattle, Washington

Well, guys – the USA did it. We killed that heavily bearded ISIS dude – Al Bad Daddy. He died like a dog, ironically with the help of some dogs, and Donald J. Trump is a goddamn hero. So all of you out there who doubted his intelligence can crawl back into your scaredy caves and shut the hell up for the next 13 months – or days, depending on how long this impeachment thing lasts. Mission Accomplished!

Now that we’ve addressed that elephant in the room, let’s soldier on with more important things, like our trek around the free world in search of the best of the best in underground music. And because there’s as many great underground artists as there are variations of bloody avocado toast, The Rodeo is here to help sift through the rubbish.

Thinking of tackling Seattle was daunting enough, but sometimes you just have to rip the band-aid off and have at it. As you know – you better – the city really bore the fruits of the 90s Grunge movement. Thanks in large part to Seattle’s own iconic Sub Pop Records, the sounds coming out of the Pacific Northwest were like an inappropriate-yet-completely-consensual relationship between punk and alt-rock. We were graced with bands like Pearl Jam, Nirvana, Soundgarden – all of which went on to influence some of the greatest bands of all time, like Creed and Nickelback.

There are not many cities around the U.S. that are so reflective of a specific sound when it comes to music, but when you think of Seattle, you think of Grunge – it is implanted deep within the city’s bloodstream in the same way that Nashville has a stranglehold on Country. That being said, there’s a lot more to Seattle these days than Grunge music. Hell, one of Sub Pop’s biggest records of all time is still by a little indie-pop duo called The Postal Service. We went beyond the obvious to shine some light on eight artists who call Seattle home. Here we are now – entertain us.

NOAH GUNDERSON
I had to kick off this list with Noah – I’ve written a few things about him before on this very website. I would happily pit his songwriting against anyone else’s in modern music today – he just gets the craft. His records tend to be a bit eclectic, but at their very core, there’s a powerfully gentle nature to them that can cut you deep. On his first couple records, we were introduced to the singer/songwriter, borderline Country version of Gundersen which has since expanded partly into anthemic indie-rock, alt-rock balladry and even some recent flirting with R&B influences. Yeah, that all sounds weird on paper, but I assure you it works. And the fact that he can do it all – make you dance, make you rock out, make you cry – just further cements him as one of the greatest songwriters of our generation.

ELIZABETH GUNDERSEN
It would be stupid to talk about Noah without talking about his siblings, who are equally talented, just not as prolific (yet). His sister Elizabeth in particular quietly released a gorgeous, country-tinged record last year with the help of her brother on a few of the six tracks. The only noticeable flaw in Elephant Heart was that it was far too short – a mere tease of the enormous potential behind another member of the Gundersen family. At this point, I’m convinced all of them were forced to drink a special elixir as children, guaranteeing them an unlimited fountain of talent to dip into. Anyways, just listen. She’s as wise beyond her years as her brother is.

LONELY FOREST
Sadly, it would be best to refer to them as The Now-Defunct Lonely Forest, but I can mourn on my own time. Either way, file them under “Bands That Broke Up Way Too Soon” as well as “Criminally Underrated”. Led by singer/songwriter John Van Deusen – who now has a rather prolific solo career – the Seattle quartet worked on a few records with ex-Death Cab super-producer, Chris Walla, which is actually how I discovered them. From the opening of the first song I heard – “Turn Off This Song and Go Outside” – they had my heart. Their northwestern take on pop-rock was the perfect blend of quirky, insightful, and catchy-as-hell. Just because they’re gone, doesn’t mean they should be forgotten – or ne’er discovered. The music lives on, as they say…

A FINE FRENZY
It’s been seven years since we’ve heard new music from Alison Sudol, but we’ve seen plenty of her since.She has landed a fruitful new career elsewhere in the entertainment industry, most notably playing Queenie in the Wizarding World franchise. But we’re not here to talk about that brilliant pivot – we’re here to talk about her all too underappreciated music. Her excellent voice and writing style seemed to have her on track to join the ranks of Sara Bareilles and Ingrid Michaelson in the late 2000s. But on 2012’s Pines, she took a swift turn into minimalist introspection. And even though all signs point to that being her last record ever, she thankfully left us a lovely three-album discography that has something for everyone: quirky indie-pop, emotional Grey’s Anatomy level piano ballads and borderline experimental ambience.

IVAN & ALYOSHA
In doing my research for this piece, I discovered that not one of the five members who make up this band is named Ivan or Alyosha. While that’s frustratingly misleading, I decided to cut them some slack because they’re talented as fuck. The band has more in common with the folk revival helmed by bands like The Lumineers, Fleet Foxes or The Lone Bellow than it does with Seattle’s roots. Their songs have ‘90s pop-rock sensibilities, while their instrumentation and thoughtful harmonies lean more organic/Americana. They’re the perfect band for those of us who decided we were too cool for Mumford& Sons after hearing “Little Lion Man” for the millionth time on pop radio, even though it was pretty cool that they snuck an F-bomb into a mainstream chorus.

PARISALEXA
Parisalexa is a triple threat – she sings, she writes, she produces. And the culmination of all of that is a Pop/R&B hybrid so flavorful, it should be a crime it hasn’t found its way into the mainstream yet. It feels as if she’s slowly getting there – her song “Ballin’” for example, has roughly 2.5 million streams on Spotify, thanks to its inclusion on the service’s “Fresh Finds” playlist. I would bet good money that with her inevitable follow up to last year’s Bloom, this young artist will begin to reach an even wider audience. In the meantime, there’s a few mini-albums and one-off singles to hold over the R&B fan in you.

ROCKY VOTOLATO
He’s a brilliant songwriter who’s been churning out thoughtful folk tunes since 1999. Throughout the last decade, he has kept a lower profile due to a bout of severe depression but still puts out music on his own schedule to keep the demons at bay. His recordings are raw and honest, with little more than his authentic voice and acoustic guitar at most times. The feature track below is still one of my favourite folk tunes ever. It’s in this song which he sings “we’re all headed for the same sweet darkness” which resonates just as strongly now as it did back in 2006. If you’ve never listened to Votolato, there’s no better time than the present, and he’s graciously given you plenty of discography to work through.

Get the latest edition of our print magazine featuring Black Honey, Matt Maltese and Mattiel HERE.