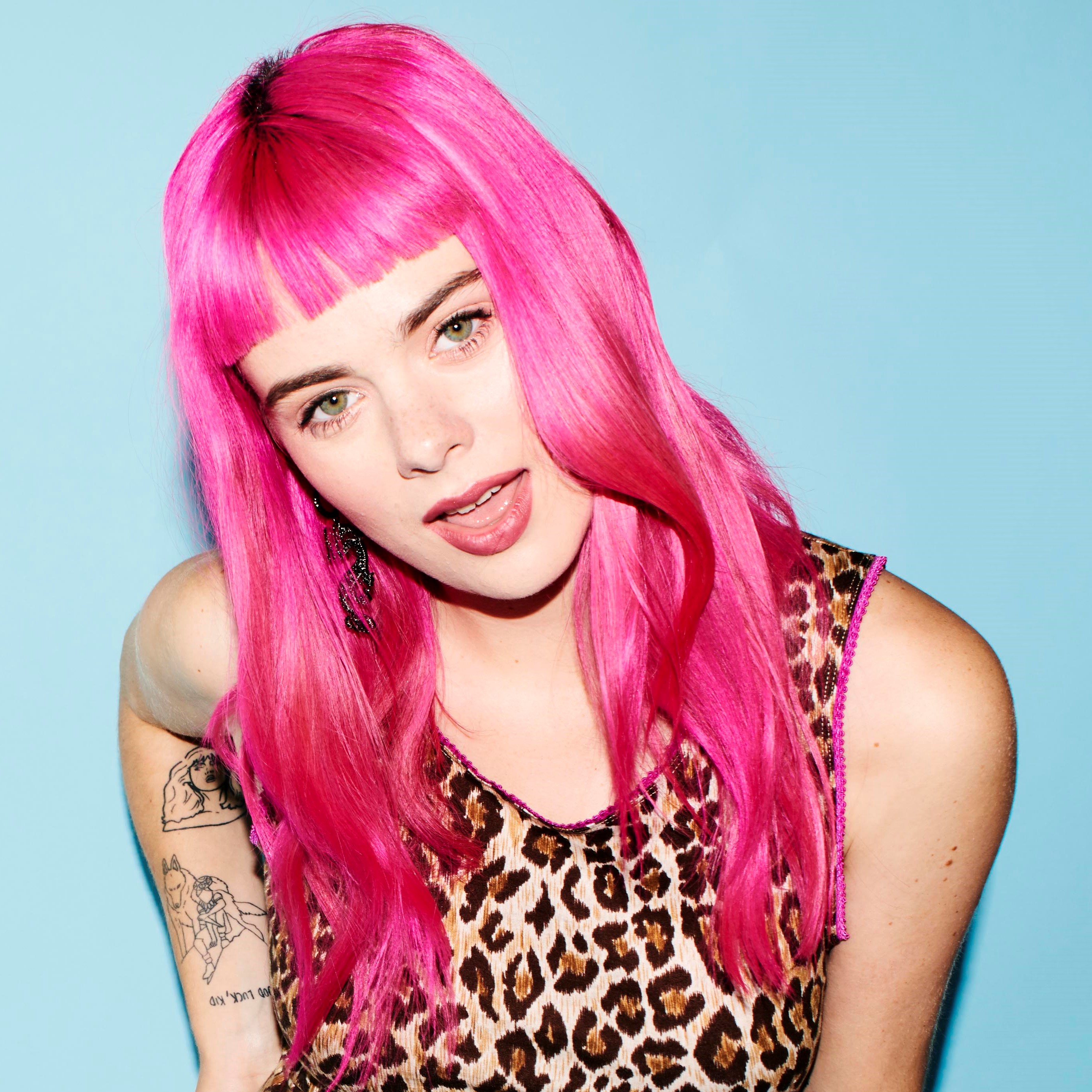 GIRLI on individuality and displacement of the artist

Pink hair and punky pop self-love anthems are what you need to know as an intro to GIRLI. GIRLI’s music encompasses everything she is passionate about, from feminism and mental health to her experiences with fake friends, she has a no-bullshit, yes-you-can attitude. We talked to her about how she learned to be herself and what it is like to be a unique artist working with big music companies.

Great! So individuality is clearly important to you, why?
I think because a lot of the artists that inspired me to become a musician were so individual and authentic. I grew up listening to Lily Allen and Amy Winehouse, Kate Bush and David Bowie and people like that who went against the grain and did something different. For me, I want to make music for my whole life and people don’t remember people who are the same as everyone else. Being like that (boring) was never an option to me. I’ve recently gone independent and I’m no longer pushed to be the same as everybody else.

How is it managing your own direction?
I’m my own manager at the moment which is cool. It’s getting to the point where it’s tricky now, and I’m looking for a new manager, but it’s been amazing to figure out what I want without any other pressure and feeling like I have to do it for other people.

On your website, you say you broke up with your band at 16 and dyed your hair pink, was that the beginning of GIRLI?
Yeah, a lot of times in my life where I’ve been forced to go out on my own have been the times where I’ve discovered myself more. I wanted the band to make it big, I was devastated at the time by then GIRLI wouldn’t have happened if that hadn’t happened. All this new independence wouldn’t have happened if I hadn’t been dropped, at the time I was like I don’t want to be an artist that gets dropped, but it was actually a great thing for me.

On your Instagram, you wrote about how ‘Not That Girl’ has been used over 150,000 times on Tik Tok but you aren’t getting credit for your work. What does that mean for you?
It’s more about how the system lets down artists. Tik Tok has a feature where people can just upload songs from their device and call it whatever they want, which I think is a questionable feature. My song was uploaded under a different name, and then it blew up.

The main issue with this is record labels, as an artist that has been dropped, my label took down my songs from Tik Tok. I contacted Tik Tok saying “hey I need to be credited for this,” and they have done all they can, they have been helpful, but it’s ridiculous how little they can do. They said if I want to upload ‘Not That Girl’ officially, my old label has to say that’s okay, which they probably aren’t going to do. In a way it’s a much smaller version of what’s happening to Taylor Swift right now, how can I not be given credit for songs that I wrote? I think it’s crazy that the label dropped me but still want to trap me as if I’m still signed to them.

Do you think it’s a result of the new way we listen to music now?
It’s a bigger issue about protecting artists. The industry has had to catch up with all the new social media and ways people are listening to music and I think they need to hurry up because artists are suffering.

Listen to GIRLI on Spotify and Apple Music. Get the latest edition of our print magazine featuring Black honey, Mattiel, Matt Maltese and more HERE.