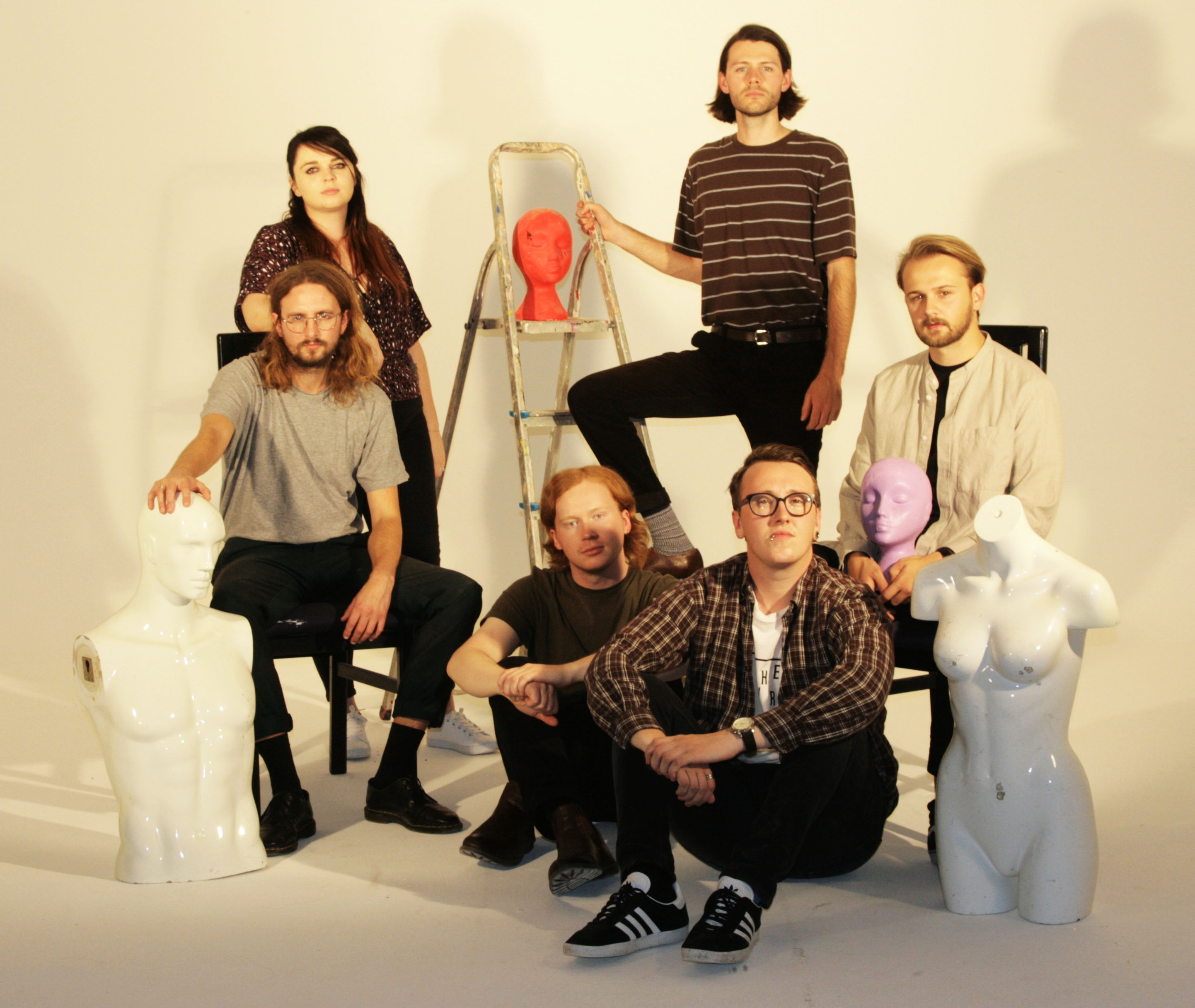 If I were to ask you what you’d find in Caterbury, you’d most likely say some castles or cathedrals. But, between the cobblestoned streets, lies six piece psych-pop group Tokyo Tea Room ready launch you into the 21st century with their dreamy synths and soulful vocals. We managed to catch bassist and vocalist Daniel Elliott and chat about his hometown and new EP ‘Dream Room’.

It’s going pretty good thanks how are you? Life’s alright, looking forward to Christmas.

What are your first memories of music being a part of your life?

My earliest memory of music being a part of my life was when I was around 5 and I had a cheap record player I pulled out the loft with a Chas and Dave vinyl, I think the record was called Rabbit. I would play it over and over because I thought it was hilarious and the best thing ever. Then I started to run my fingers across the record as it was playing and discovered that slowing it down changed the pitch. I was forever in that loft pulling out old records and playing them on that deck.

You have an interest in your aesthetic in both your sound and your artwork, what does the visual side of art mean to you?

I believe that artwork has an important role in music, more often than not the first impression you get from a single or album is the cover. And it’s strange because you automatically start making a connection to what that cover sounds like, or at least I do. Sometimes it can dictate whether or not you chose to listen to a piece of music. I think that’s key in this digital age, the internet is flooded with new music from bands every single day and it’s part of the process to intrigue people into checking you out.

What’s Canterbury like for a psych band such as yourselves? I can’t imagine it’s very psychedelic.

Canterbury itself is quite a psychedelic place. When you walk through town and it’s like being transported through history, you’ve got the gothic cathedral, cobbled streets and medieval buildings mixed in with a Starbucks, McDonald’s etc… It’s strange that mix of old and new. The Canterbury scene was famous for musicians combining Jazz and rock with elements of psychedelia during the 60’s with bands like ‘Soft Machine’ and ‘Caravan’ pretty much defining the Canterbury sound. I think we feel pretty at home here, although I think we are more pop than psych.

This new track ‘Designer’ has a bit more of a pop oomph, what’s the story behind it?

It’s one of the tracks that was written quite early on so I think the reason it’s got more of a pop flavour is because we had yet to discover our love for synth. So I guess you could say it was more traditionally written, you know on clean guitar and piano, rather than starting its journey on a synth keyboard.

How does it feel to be finally releasing an EP into the world? Has it been as difficult as you thought it might be?

It feels good to be releasing an EP, but it’s also bittersweet. We do everything DIY and our studio has its limitations so there’s always that voice in the back of my mind saying: “its not good enough, Its needs to sound better”. But ultimately I have to move past it because it’s just a flavour of what’s to come, and I’m excited about recording without limitation in the future.

What can we look forward to after this? A Christmas psych single would be pretty insane, just throwing that out there…

A psychy Christmas single would be pretty insane, but I think that we’ll stick to making music we feel is right. Next year there’s lots to look forward to so expect new material and hopefully sort a tour soon.

Listen to Tokyo Tea Room on Spotify and Apple Music, and get the latest edition of our print magazine featuring Black honey, Mattiel, Matt Maltese and more HERE.