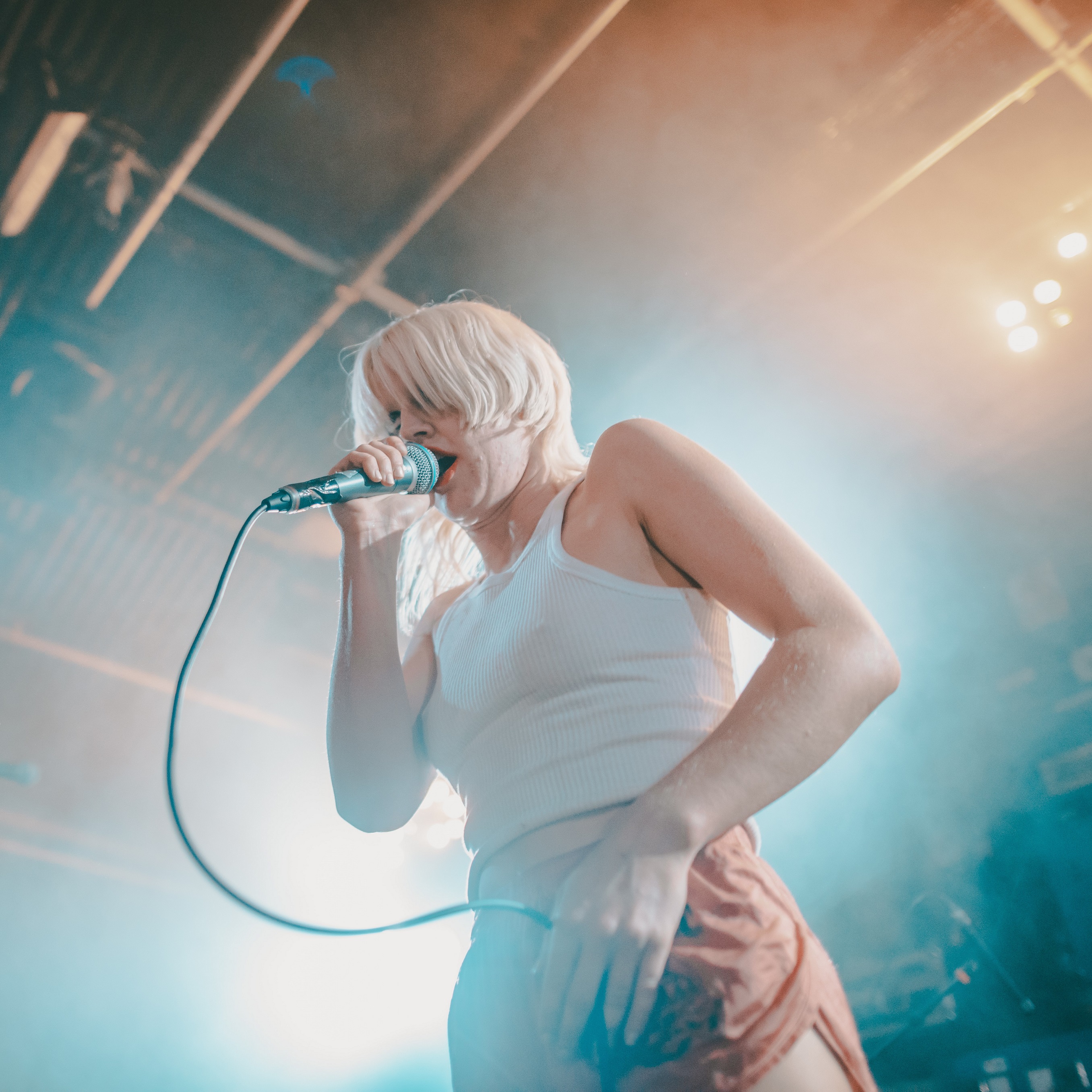 Amyl and The Sniffers go ape at Gorilla

They’re Mad Australian punks with mullets, what did we expect?

Anticipation was buzzing as I entered the dark space beneath Manchester’s train lines. Gorilla had sat patiently waiting for one of Australia’s finest exports, Amyl and The Sniffers, who were about to eject chaos addled uproar into the joint.

A diverse crowd gathered underneath the archway overhead with eagerness radiating. The task of kicking the evening off was given to local lads, Organic Zip. The alternative band emitted their frantic sound as their energetic guitarist created what can only be described lesson 101 in body contortion. It was a sturdy start for the anarchic evening ahead.

The Menstrual Cramps followed, taking it to an entirely different level. The all-female 4-piece appeared donning official ‘Vote Labour’ t-shirts and played with authority – nothing of Corbyn’s gentle and soft charm here. Expelling a sort of controlled and driven rage, the lead vocalist took every chance she could to criticize the misguided and unhinged leadership of our country – like a punk Andrew Niel with better hair. A communal sense of resentment to the capitalist society was born, it was anarchy.

Then, Amyl and The Sniffers arrived. A paroxysm of fury bolted out from each member as they surged onto the stage: the set commenced with fan-favourite ‘Starfire 500’. Amy Taylor rallied up the cheers, vaulting from left to right in her trademark sports shorts. The atmosphere was like nothing I had witnessed before.

The crowd’s enthusiasm and the thundering raw sound expelled from the stage shook the room from floor to ceiling. It’s a wonder it’s still intact. Eventually, a queue of crowd-surfers made their way to the stage, one after another, limbs flailing all over the place – everyone took a boot to the head at some point.

The Australians pursued their setlist full speed ahead, stopping only once for what guitarist, Cooper Rose ordered to the room as a communal drink break for both crowd and band. A sense of community fully emerged. The new song ‘Guided by Angels’ made its Manchester debut and received a surge of flung limbs in response.

The night came to a fiery ending with ‘Some Mutts (Can’t Be Muzzled)’. More and more characters invaded the stage (much to security’s delight), moshing with the frontwoman one last time. I think it’s safe to say that Gorilla wasn’t prepared for the riot that was to come that night and neither was I.

You can listen to Amyl and The Sniffers on Spotify and Apple Music. Amyl and the Sniffers featured in Volume 4 of our print magazine which can be purchased HERE.