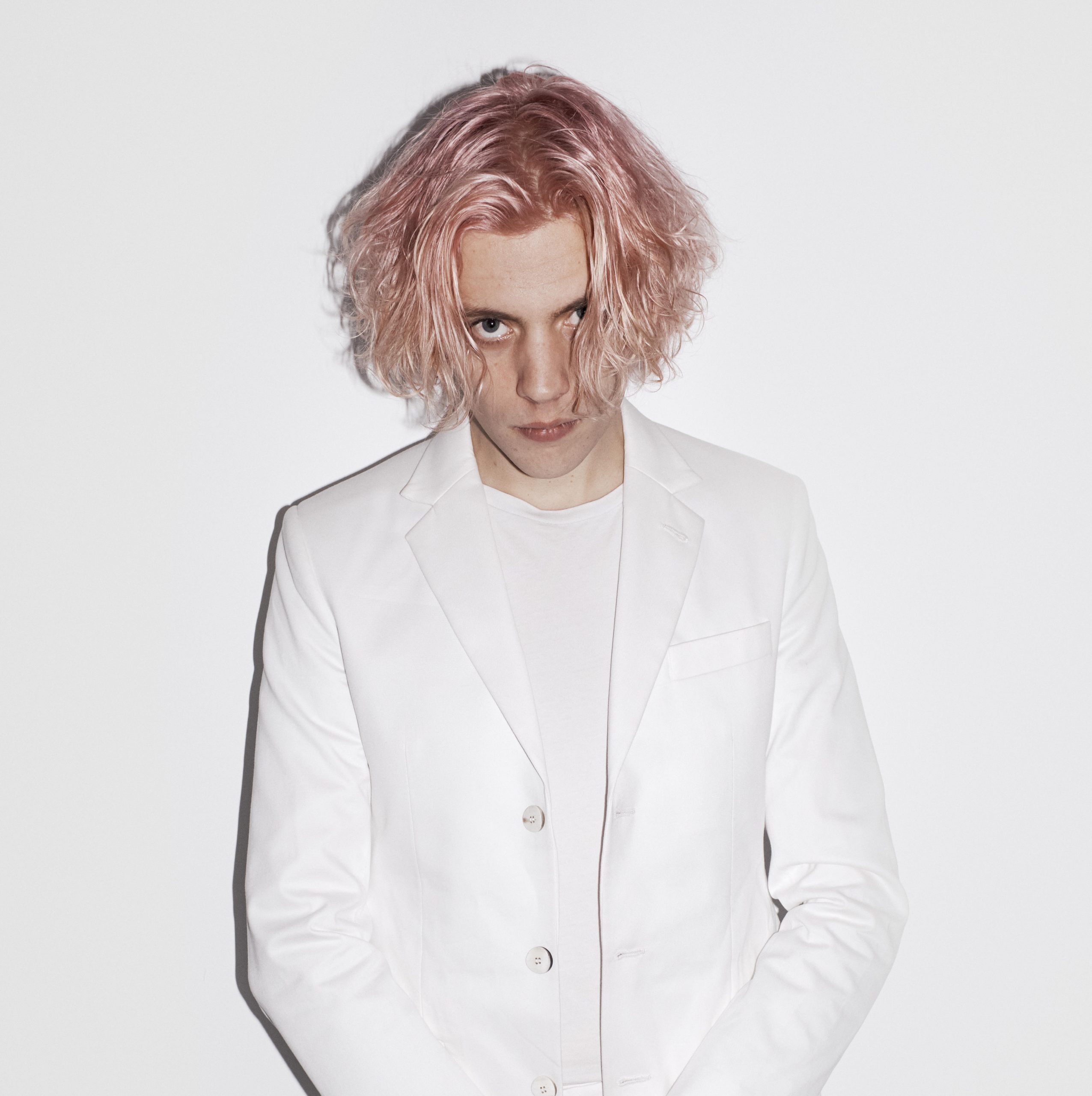 We know absolutely nothing in 2020. We don’t know what’s legal, what’s illegal, who’s in charge of what – and the stuff we do know is grim. We’ve been looking for a little salvation. We needed someone we could trust enough to get the order at Greggs right. We needed to have a chat with Matty Vant.

The pink-haired pop-turned-punk star is just about to complete the UK leg of the Conceived In The Sky tour – dates and tickets for Cardiff, Norwich, London and Brighton are available HERE.

“The tour’s been incredibly cathartic – it’s not as if I haven’t noticed it coincides with this historic time in British politics. I’m with the young people in the UK who are completely opposed to the direction we’re headed in – it’s hard not to feel completely disenfranchised with this polarised climate we’re facing. [But] I want these shows to be a celebration of hope and positivity, but a big fucking release, too. God knows we need one!”

Vant’s kept this educated rebellion throughout his sophomore record, Conceived In The Sky. ‘Propaganda Machine’ explores how people are influenced by the opinions and views of others for example.

As you can tell, the album’s content is a bit heavier than his debut, Dumb Blood. Vant insists that this is due to a completely new approach to the process this time around.

“It sounds like someone doing this for the first time because it is. Genre is meaningless these days, and that’s kind of how I approached ‘Conceived In The Sky’ – everything was different this time. I completely ripped up my own rule book and started from scratch. I’ll probably do that next time, too…”

Despite changing how he writes, Matty has kept his characteristic pink aesthetic. His hair, artwork, everything, is pink.

“It just made sense to keep the vinyl that colour, too. With teaming up with Blood Records and Flying Vinyl, it was a bit of a pleasure working with a real institute for artists being able to do short-run pressings without breaking the bank.”

Still got change left for a Vegan steak bake, then? “I’ve been veggie for 10 years and I’m too Northern to overlook what Greggs are doing with their vegan dishes now. I’ve not tried the steak beak yet, but I’m very into the vegan sausage rolls.”

Matty hails from the humble North East – which has the highest density of Greggs per square mile – but he’s found a bit of a second home in Manchester.

‘Give up (Morrissey’s Racist)’ – a subtle nod to the city’s most notorious songwriter – closes his heavy, angsty new record and live sets with those iconic opening chords from ‘Wonderwall’. Yup. ‘Wonderwall’. It’s always a crowd-pleaser. But we can’t help but think he’s slipped in another classic for a big ol’ sing-song on the rest of his UK tour dates. “Maybe. But my lips are sealed.”

Listen to Vant on Spotify and Apple Music, or catch him on his UK tour. Get our latest print magazine HERE.