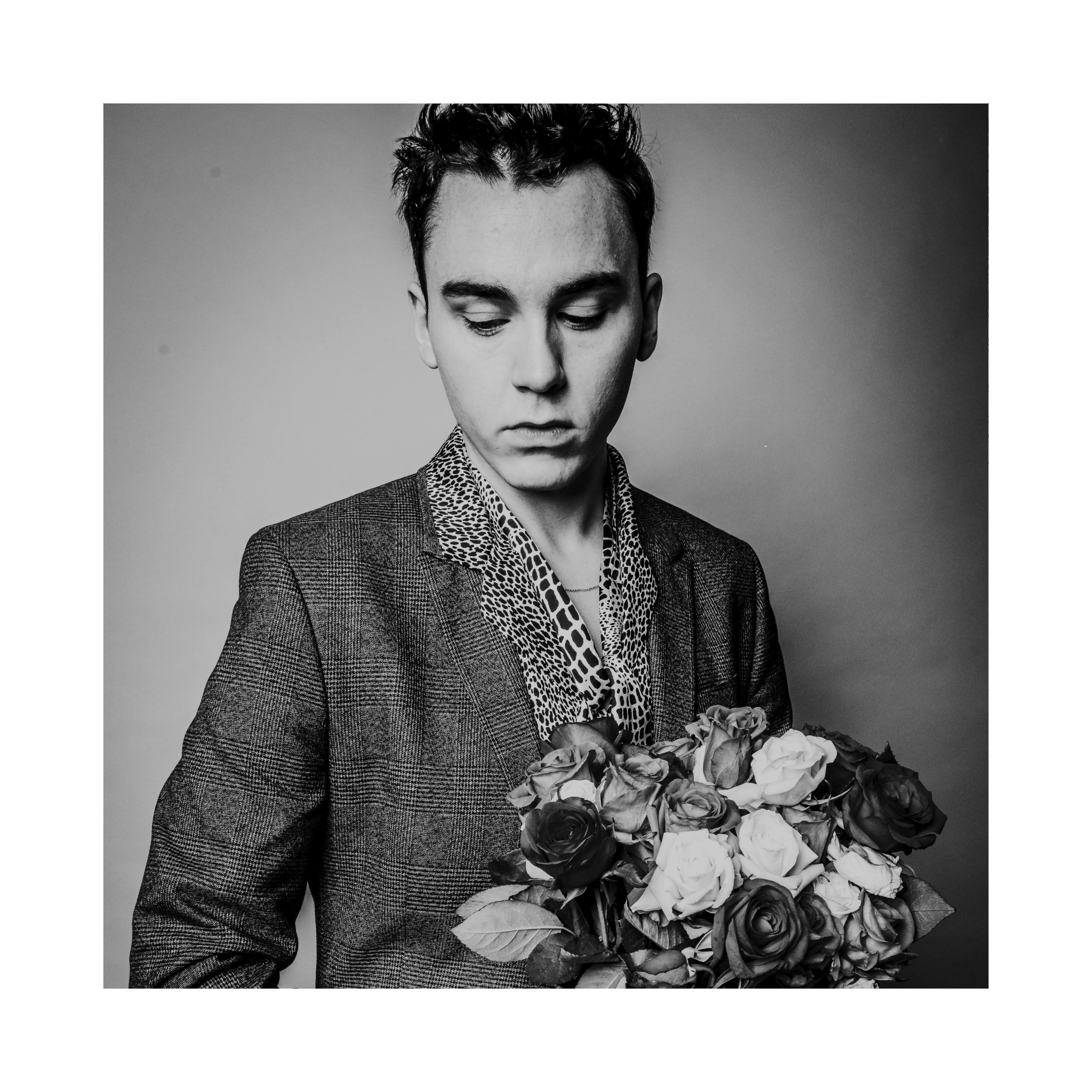 Patrick overcomes adversity by being himself

It’s hard to assign Derry’s icon-in-the-making Patrick to just one genre. We’ve got a lot of time for an artist brave enough to join the league of single namers – Lorde, Drake, Ginuwine… Especially when they’ve got an accent quite so stereotypically sexy.

An artist unlike any other, Patrick’s latest single ‘Heavenly Bodies’ is more than just an intimate and heartbreaking track. It was made almost entirely through measuring vibrations from sounds of the track.

Why? Patrick’s not just out here flying the flag for the LGBTQ+ community (literally), he’s taken the adversity of having a hearing impairment and channelled it into unadulterated success.

“I’m not even sure I understand how I make music! Curating a song through the rhythm of vibrations, that’s all I’ve ever known how to do. Yeah, when all the music is happening at once during a show it can feel a little muddled, but I’ve got pointers to make out clearer sounds.

“Generally, I can judge the timing on stage from the vibrations given off from the drums. Pitch wise, guitars are the loudest instrument so they keep me in key and the vibrations I feel in my jaw let me judge if I’m staying in pitch throughout the performance.”

I grew into the person I am today because of every piece of self-doubt I might have had.

Patrick’s just brought his enigmatic energy to headline his hometown’s pride festival. No mean feat when you’re from a country where gay marriage has only been legal for a matter of months.

“I hope my music, my artistry and the live shows are a safe place for absolutely everyone. I’m doing me, that’s all I know how to do. If that lets other people feel freer to be themselves, then that’s fucking fantastic.”

He’s been scouted as a key player in raising profiles for queer artists in every sense, and few have been more supportive of his journey than Spotify. Patrick’s previous single ‘Psychedelic Love Storm’ made their ‘Out Now’ LGBTQ+ playlist, and naturally, the response has blown him away.

All I’ve ever wanted to do is make music that remains true to who I am.

“This feeling of freedom and self-expression is still pretty new to me, and Spotify have played a huge part in that. I’m really proud to be a queer artist, and for a platform as huge as that to recognise me for not only what I do, but who I am? That’s been amazing.”

Patrick is candidly honest about the fact he hasn’t always been met with such support. The happiness and sheer relentlessness he’s found with his sound have come from a place of adversity… and him showing it as big of a middle finger as possible.

“All I’ve ever wanted to do is make music that remains true to who I am. I don’t count myself as disabled despite having the odds stacked against me in aspects of my life. But to be honest, I grew into the person I am today because of every piece of self-doubt I might have had.

I’m making a safe space for everyone.

“I used to listen to people who told me I couldn’t do things and that made me think I couldn’t do them, either. And then, I just had enough of that. I had to make a conscious effort every day that I was very capable of what I set my mind to.”

So if absolutely nothing can hold him back, how’s the rest of the year looking for the Northern Irish Wonder Boy?

“I’m making a safe space for everyone. It’s important for everyone to realise their capabilities, regardless of any disability, self-doubt or negativity they have in their lives.”

Listen to Patrick on Spotify and Apple Music. Get our latest print magazine featuring brilliant stories about brilliant people like Patrick HERE.