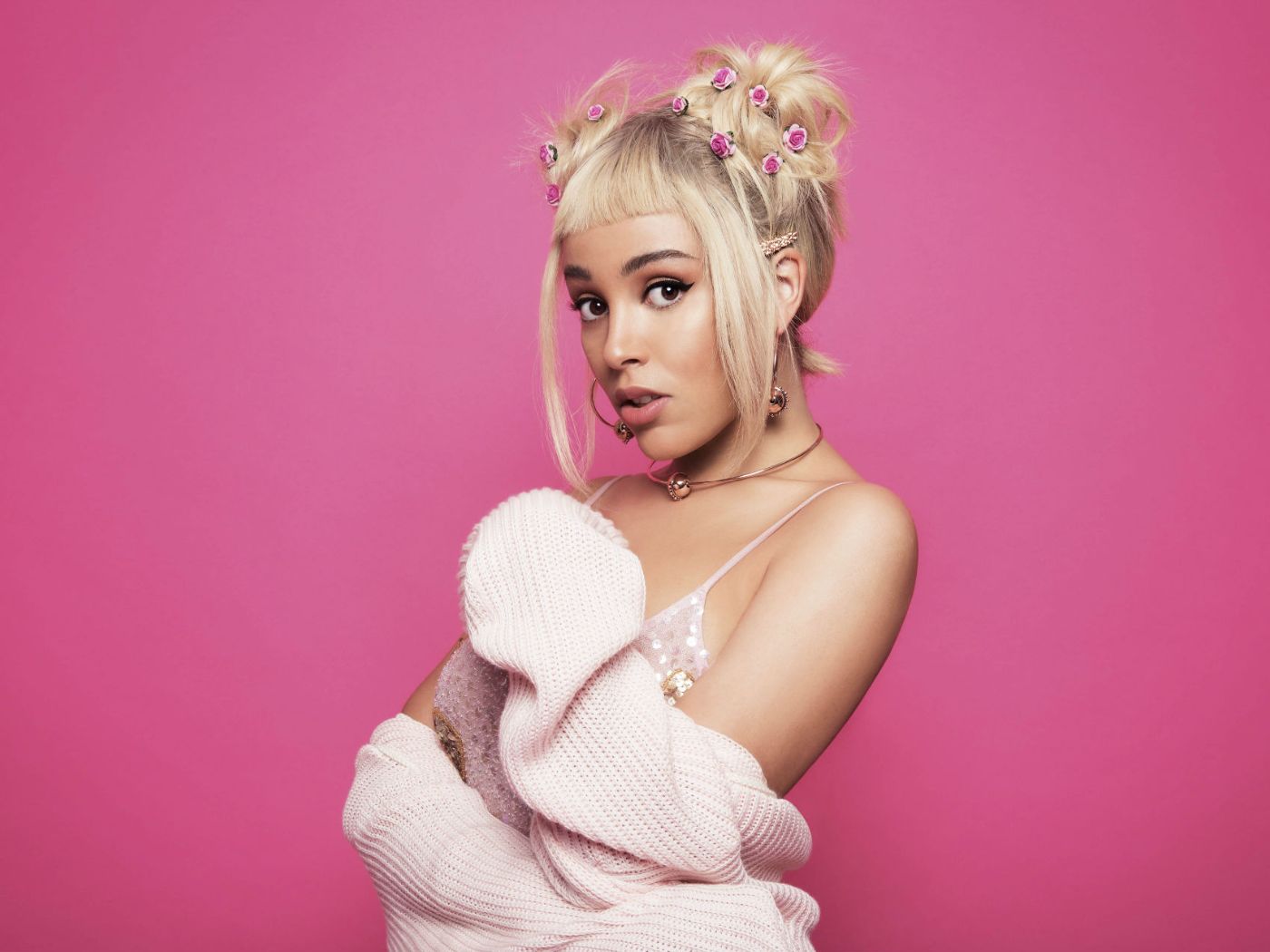 I don’t believe in guilty pleasures. There isn’t any artist whose music I wouldn’t share on my Instagram story (yes, I am, unfortunately, THAT person). However, one artist I wouldn’t share with friends – and definitely not with my Mum – is American rapper and producer Doja Cat.

I found her on a Spotify-generated ‘For You’ playlist and her song ‘Addiction’ was the first one on it. After one listen, I couldn’t stop pressing repeat – the song hadn’t even finished and I was pressing that ‘back’ button. Once it had been played more times than ‘Gangnam Style’ achieved back in 2012, I dived deeper, putting on her latest LP, Hot Pink.

It quickly became one of my favourite albums to date, due to its ‘don’t give a fuck’ attitude and the diversity of sounds presented on the record. The opening track, ‘Cyber Sex’, uses a simplistic electronic keyboard melody, resulting in a video-game rhythm that just begs to be replayed. Then, later in the album, ‘Bottom Bitch’ brings in ‘90s American rock with a slow electric guitar riff, sampled from Blink-182, accompanied by an electronic beat over it.

I listen to her at least once a day. If you are unfortunate enough to catch me in my own company, you’ll see someone who doesn’t hold back when shouting out the lyrics to ‘Rules’, the final single from Hot Pink.  The chorus repeatedly chants, “Play with my pussy, but don’t play with my emotions”.  Now then, could you imagine me playing this song in the car with my mum who is a good, Catholic lady? She would absolutely kill me. I only need to say the word ‘crap’ and she would disown me, let alone sing a song that basically says ‘shag me, but don’t let me fall in love with you’. She’d be bringing out a chastity belt. I once sang it in front of my friend and she was mortified at how well I knew it and performed it; if I can’t sing it to a close friend, how could I share it with anyone else?

Despite feeling very guilty for listening to her, Doja makes me feel inspired. Whether it’s her self-empowering chant of “Bitch I’m a cow”  in her viral hit ‘MOOO!’, to her more complex discussion of parental struggles and battles with drugs and sex in ‘Addiction’, Doja portrays a radical and underrepresented female voice that has no desire to hold back her feelings.

She makes me feel like a hot tamale every time I listen to one of her songs. Her music gets you up and moving in ways you didn’t realise your body could, and her forever-changing music style has something to keep everyone captivated.

Listen to her, enjoy her sound by all means, just don’t tell anyone I sent you to her. I don’t want parents, partners or the local Church after me. Thank you, and you’re welcome.

Listen to Doja Cat on Spotify and Apple Music. Grab our magazine HERE.