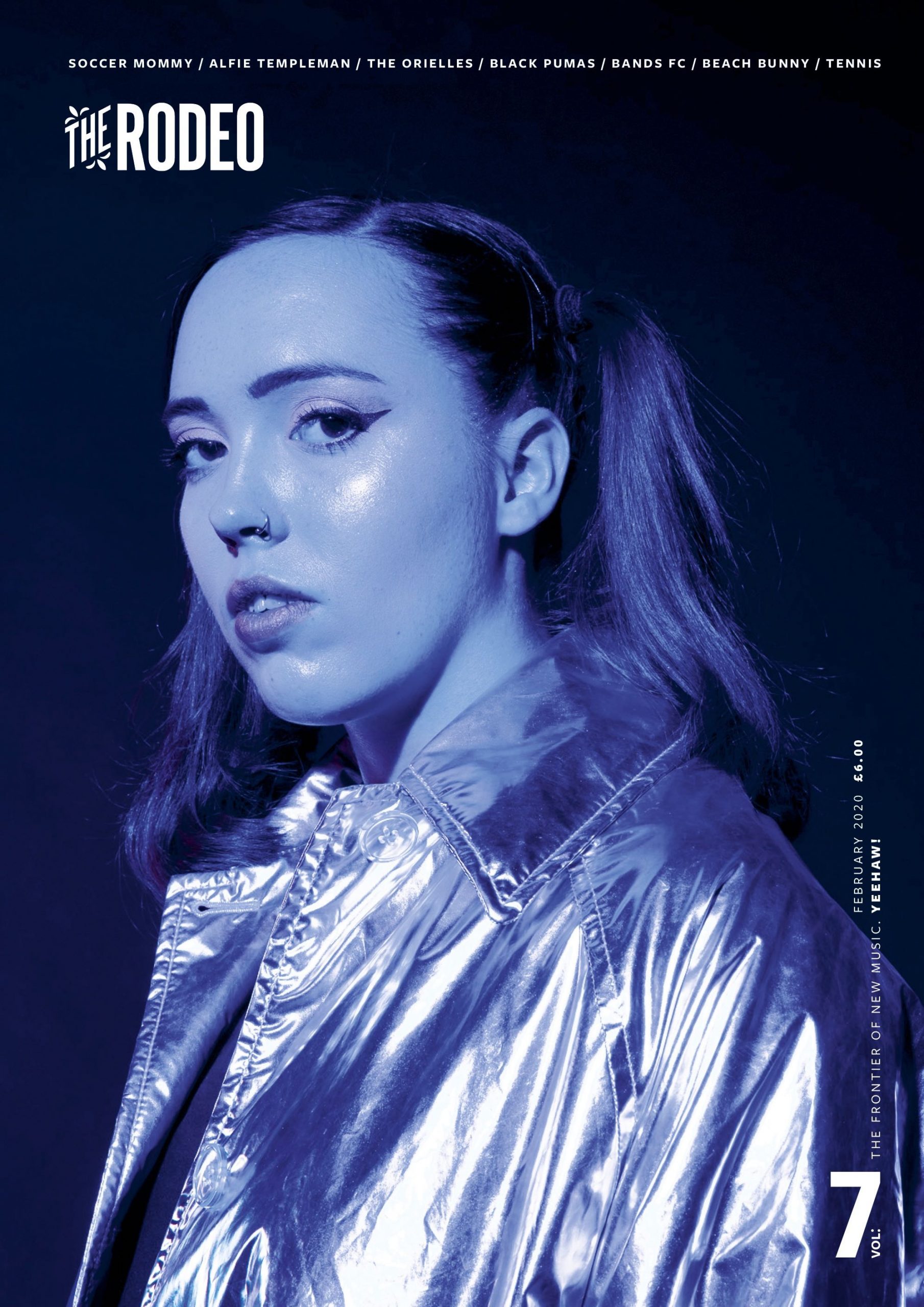 Soccer Mommy is on the cover of Volume 7 – out now!

Soccer Mommy is on the cover of Volume 7, which includes interviews with Alfie Templeman, Grammy-nominated Black Pumas, The Orielles, and more.

It’s been fucking windy over the last week, but I think the storm has resided now. I think we’re clear, for a bit anyway. But, if you’re still forced to stay inside due to abhorrent weather conditions then Volume 7 of The Rodeo can accompany your house-bound days – if the postman doesn’t get blown over that is.

We are delighted to have Soccer Mommy on the cover this time around, who’s set to release her superb second album, color theory, on February 28th. She spoke to us about the making of the album, Bruce Springsteen, and the negative side of social media. It’s a fascinating, insightful interview, that’s well worth a read.

Elsewhere, we spoke to Grammy-nominated Black Pumas’ frontman, Eric Burton, and disco-pop outfit The Orielles. There are also interviews with some of the most exciting new bands around, including seventeen (17!!) year old Alfie Templeman, brand-new Chicago band Beach Bunny and 70s-inspired duo Tennis.

We also spoke to Bands FC, who have footballised music in the name of charity; and John Szuch, owner of Deep Elm records – an indie label who have just celebrated their 25th birthday.

As well as all of this, there’s the usual daft stuff. Volume 7 lists five guitars we’d smash up if we were The Who, revisits Alex Turner’s woeful BRIT Award speech and features another fucking festival poster featuring completely made-up bands. One day we’ll consider whether we’ve taken things too far, but today is not that day.

Volume 7 is on sale now from therodeomag.com/shop/. And, if you like what we do, you can save yourself a bit of cash by subscribing – you’ll get 5 magazines throughout the year and FREE POSTAGE!