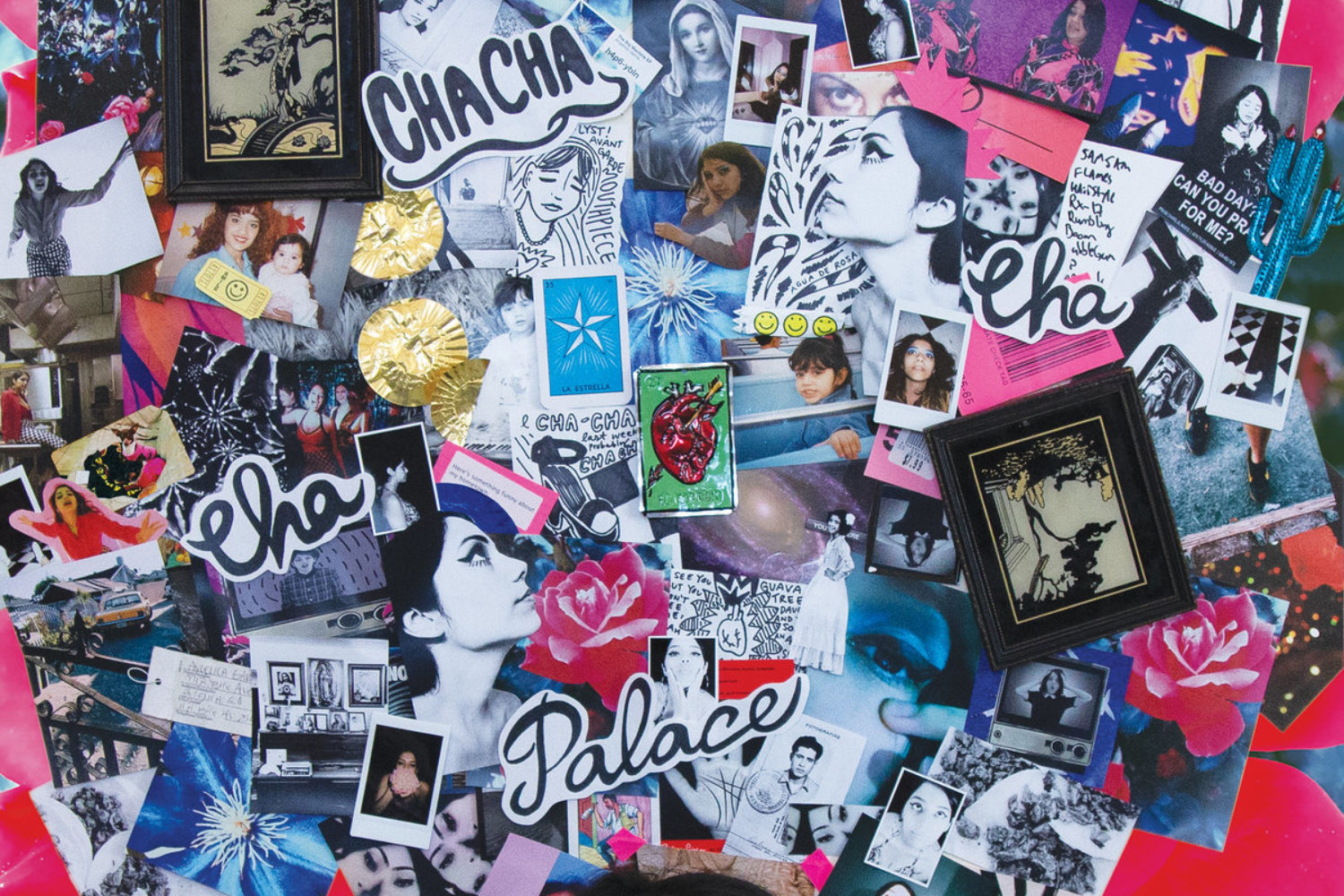 Angelica Garcia flys the flag for the United States

The insight in Garcia’s head knows no bounds, and she lets it all out unapologetically on her second record.

To fully appreciate the monster that is Angelica Garcia’s Cha Cha Palace, you first need to understand her story. The uber-passionate, 25-year-old songwriter of Latinx descent lives in Richmond, VA after growing up on the west coast around LA. She was raised between multigenerational and multicultural homes and therefore has a unique outlook on the world – and America – that, quite frankly, a lot of us would be better off to understand.

With Cha Cha Palace, Garcia gifts us a melting pot, a subtle nod to what the United States is supposed to be. Genres span far and wide, from alternative to pop to indie-rock to cultural Bachata – a testament to an upbringing that had her surrounded by Mexican ranchera music as a kid whilst studying jazz and classical later on. ‘It Don’t Hinder Me’ is a fuzzed-out rocker with one of Garcia’s most passionate vocal deliveries, whereas “Lucifer” has a sort-of sexy vibe to it, ready for J-Lo’s next role in Hustlers 2, perhaps. Then there’s the gorgeous ‘Valentina’, which has Garcia stripping back the instrumentation for a rare moment of intimacy.

In the same eclectic vein, Garcia’s vocals successfully navigate from a gentle purr, to a powerful soar and to a poetry-slam-esque snark sometimes all within the same song. There are multiple references to guava trees and Ave Maria. Not to mention the bi linguistics of it all. While that may seem jarring at first… it’s really not. And that’s kind of the point.

“I feel like there’s this strange mentality in some people’s politics where we have to preserve a certain type of America,” she told me in an interview back in August. “There are so many kids that are first-generation, second-generation – our American experience is just as valid as yours. Just because our lineage and our connection to our mother country is a little closer doesn’t mean that we’re any less American.” It’s an important message that comes across wonderfully throughout Cha Cha Palace.

“Like you, I was born in this country,” she reminds everyone in ‘Jicama’. An implied follow-up to that lyric, of course, being “…so don’t be such an asshole.” Cha Cha Palace may not be the most consistent record, due not to the impactful genre-jumping, but more so to the multitude of interlude-length songs that hinder most of the album’s momentum. However, the stories and the message transcend all of that, reflecting millions of oft-ignored Americans. It’s a record that demands to not only be heard, but really listened to. Prestas atencion.