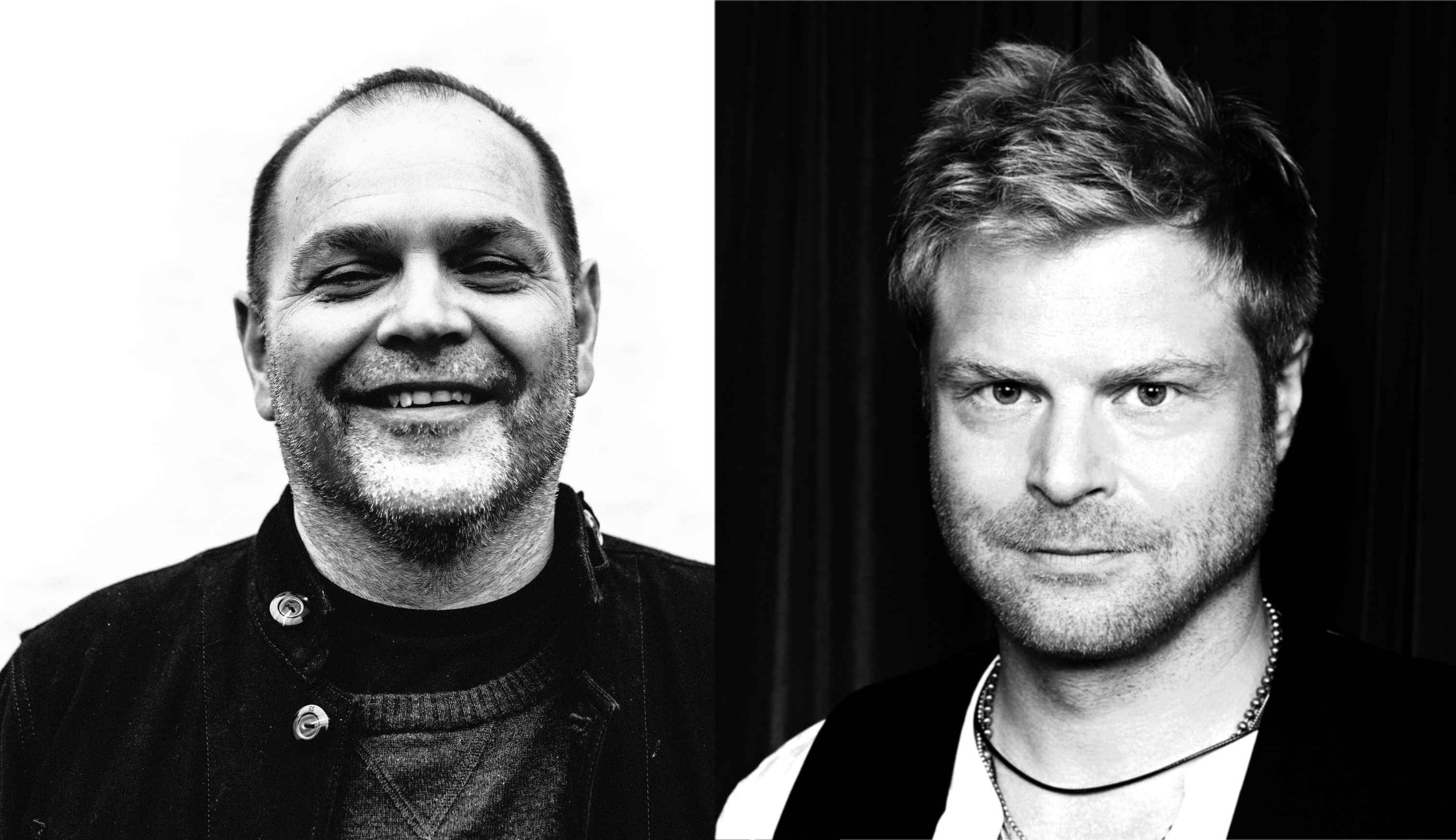 With the music industry entering increasingly unstable territories, there is a lot to contend with for those involved – not least for the backbone of the industry: record labels. From pushing back album releases to no longer being able to tour, it’s safe to say that the pandemic has shaken up business in innumerable ways, which until only recently has been (vaguely) addressed by the government.

Speaking to Felix Bechtolsheimer and Darrin Woodford from Submarine Cat Records, the impact of this is clear from the off. But what remains pertinent throughout our conversation is the label’s determination to thrive despite exceptional circumstances.

Frontman of Curse of Lono and previously Hey Negrita, Felix Bechtolsheimer is no stranger to the music industry – in fact, he’s been involved in it in various ways for the last twenty years or so. Submarine Cat Records was originally started for distribution purposes and for the chance to promote Curse of Lono, but it soon became clear that it would expand beyond that.

“As things started getting bigger and more exciting for us as a band, we had quite a good team around us,” Felix explains. “I thought it’d be quite fun to get some other artists on the roster, and I sort of fell into it a little bit by accident.”

As a magical accident, Felix describes his meeting with Darrin Woodford, now label manager at Submarine Cat, as “love at first sight”. Darrin, who has also been in the music industry for a while, was “looking for a new venture that was fuelled by passion and had a bit of a community vibe around it – which is precisely what [Felix] was doing.”

With each of their respective bands touring, recording and hanging out together, this sense of community runs throughout the label. “Collaboration and community are kind of key words,” Darrin adds.

The label’s roster currently consists of John Murry – whom Felix describes as “probably my favourite living songwriter right now” – and Alabama 3, alongside Curse of Lono, of course. Felix notes that many of the artists he is interested in are quite independent and ambitious in their approach, leading to some labels regarding them as a bit of a ‘nightmare’. Felix, however, isn’t intimidated in the slightest.

“I find with the right approach, if you treat an artist the way you want to be treated their genius can flourish, and the pain in the arse side tends to subside,” he laughs. “Artists are more difficult if you don’t treat them right. We’re not scared of those kinds of challenges.”

Submarine Cat’s authenticity sets them apart. Worlds apart from labels constrained by industry and commerce, they’re looking to develop artist and give them a platform.

“Of course we want to have success and make money with an artist, but you have to think creatively first: how can we make a good record with somebody, and then work it creatively, and then trust that success may follow? Sometimes things are out of your hands on the success side of things, so I guess you try your hardest to make it work and hopefully it will.”

Submarine Cat operate their label on an almost no-strings attached level. They pick their artists because they love them, and the rest is secondary to that fact.

“We are offering EP deals and single deals to artists who don’t have a big fanbase, [or] that buzz everyone is talking about, but we just like the music.

“Those are the kind of deals where we work very much from the artist’s perspective,” elaborates Felix. “I don’t think they’ll ever make us any money worth talking about, it’s very non-restrictive  what the artist can get out of it at the drop of the hat, because they need to now sign with someone bigger. Nevertheless, we will be patting them on the back and cheering them along all the way, and if they get a big advance, we hope they’ll buy us a pint one day.”

Felix and Darrin’s organic, hands-on approach is incredibly refreshing in an industry that can all too often seem intensely fabricated. Darrin explains how he, John Murry and Carlos, another member of the label, have met weekly during lockdown to talk for a few hours a week on Zoom, marvelling at what they produce.

“We’ve developed a storyline of this artwork [John] is doing at the moment, and we found an artist to interpret this story into the artwork. It has a whole graphic novel feel to it – you can actually see the storyline on it, over a series of tracks. It’s come out of these chats that we’ve had, and when you see the artwork, you see that by spending a lot of time with the artist, diving in and working collaboratively, something creative comes out of the other end. I really like this way of working.”

Submarine Cat is inherently defined by both Felix and Darrin’s passion and love for music. Poignantly, Felix contemplates, “If you’re not passionate about it, and you’re too scared of it, and it’s just not going to work.” And, as a small label, they have an element of flexibility that others perhaps lack: “We’re not reliant on needing to make money out of x or y or z, we can adapt quite quickly. As long as the music is great, we’ll find a way.”

The effects of the ongoing pandemic have obviously brought a new set of challenges to the table. “Right now, I can feel the whole music industry clambering for a new model,” says Felix. “Release schedules are very much based around the live schedules of bands, and festivals and with all that gone, and we don’t know for how long, it’s very very hard.

“At the same time, you have all the artists writing or recording right now because they can’t tour. We’re just very flexible – we’re taking a view on it month by month, week by week. We’re getting the records made, we’re ready to invest in more artists and make their records, and then we will find solutions.”

Although music is their main objective, lockdown has given Felix and Darrin a chance to exercise their creativity. Born out of the past few months has been Submarine Cat’s ‘Zoomcast’. Hosted by Neil and Joe from Curse of Lono, and featuring Felix himself, John Murry and Larry Love of Alabama 3, the Zoomcast discusses the industry, news, their favourite albums, live music and more.

“For me, this has been the closest thing I’ve had to going down the pub with a few mates in lockdown – line up a few tinnies, log in, and I’ve got Larry and John Murry taking the piss out of me,” Felix laughs.

“I think it’s a really good way of honestly communicating with their fans,” Darrin suggests. “It shows everyone’s personality and I think they all come across really well in it – it’s perhaps a side their fans haven’t seen. It has just naturally and organically worked.”

With 10,000 unique viewers on their last episode and interest never seeming to wane, it’s clear that the Zoomcast has been a success. More than ever, people need this form of ecsapism. “We want to engage with our audience,” Felix explains. “I think that’s really important – people need to be entertained, and that’s what we want to keep doing.”

Submarine Cat is still in its early days, but there’s a lot on the horizon. “We’re now talking to some slightly younger, probably more 6Music oriented artists, which I think will be a really good mix for us, to strike a bit of a balance,” reveals Felix. There’s a major sense that this is only the beginning for Submarine Cat.

“I see us expanding into other areas” explains Darrin. “Whether that be music publishing or management but I think a record label is a good place to help bands grow.”

Long term, Submarine Cat have a lot of unlocked potential, but in the meantime? “We’re going out aggressively looking for artists. There are bands out there who need to get in the studio, who need an advance, they need a home, and it’s a very difficult time to be looking for a home at the moment. We want to be there, ready to support them – we can’t support them all, but we can surely support the artists we love by getting them in the studio, getting them ready for when things lift.”

“If you can just get that young band, put them in front of fans, increase their fanbase and get a decent product out…that’s the lifeblood of the music industry.”

Find more information about Submarine Cat records HERE. Enjoy reading that? Pick up a copy of our latest magazine including cover star girl in red HERE.