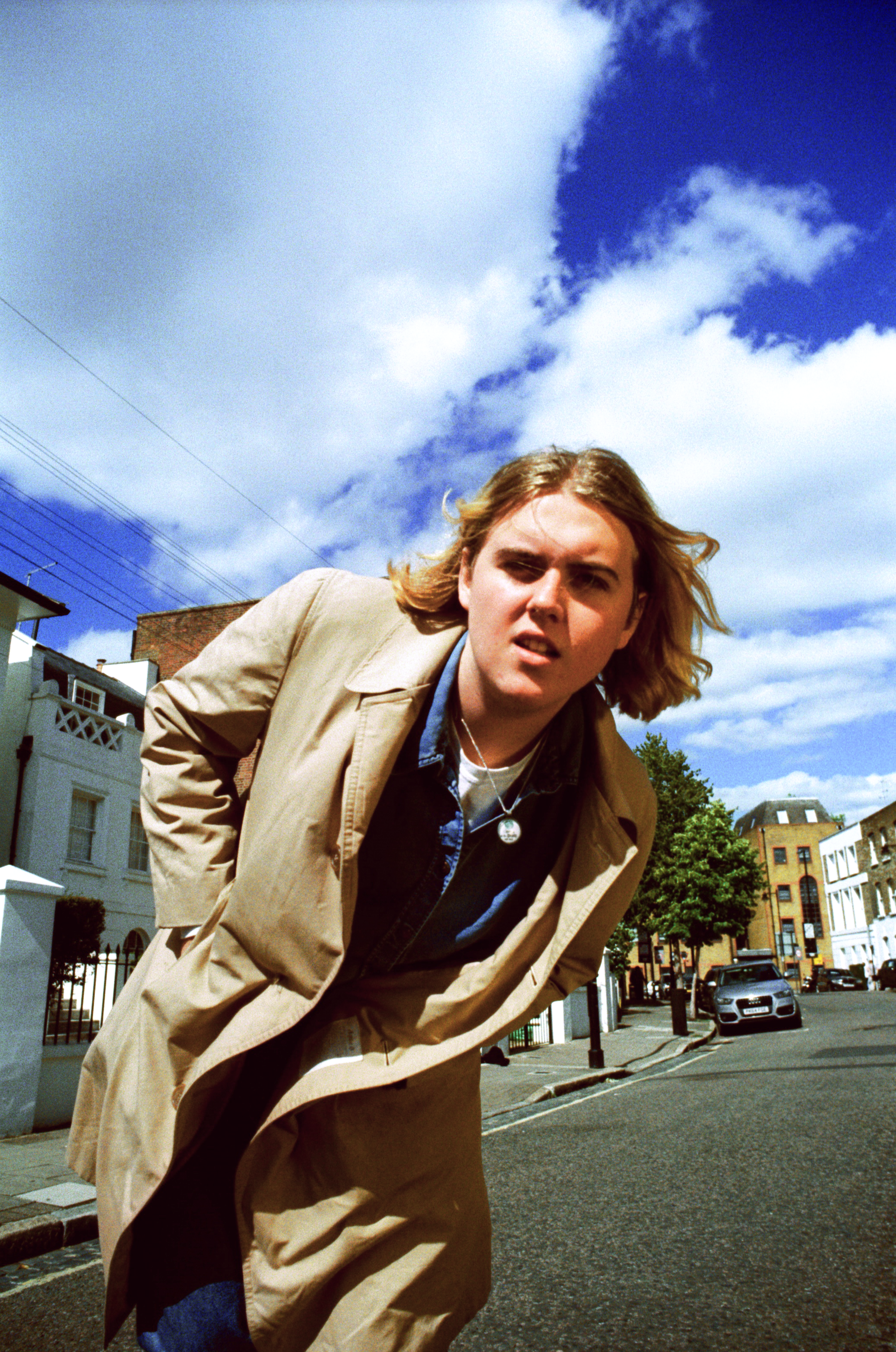 Arriving onto the Lo-fi indie-pop scene in 2017 with single ‘She Likes Another Boy’, Oscar Lang has only been heading in one direction – up. Later that year he lent his talents to the track ‘The Moon Song’, enlisting Beabadoobee as his creative partner, before going solo again with the release of his To Whom It May Concern EP.

Settling into his groove, Oscar released bops etc., featuring tracks with the likes of Alfie Templeman and JAWNY, both of which complement Oscar’s sound perfectly. As proven by his eventual destination, this EP serves as the start of his ascent to pounding indie-pop bangers, leaving the gentle and dreamy vibes behind.

Two albums under his belt already, a third record built around his new and evolved sound is no doubt just around the corner… and we’re so ready for it. But, in the meantime there’s a new EP on the horizon, Hand Over Your Head, and Oscar Lang gave us some insight into his team-up with Beabadoobee, opinions on TikTok and future plans.

Hi Oscar, hope you’re well? Apple Juice has just dropped from your upcoming EP and I love it! In fact, I love everything I’ve heard from Hand Over Your Head. You’ve gone for a bit more of a ‘punchier’ sound with this one, is that something you’ve always wanted to try? Or, have you just found yourself naturally gravitating towards it?

Thank you! Yes definitely a lot punchier, I’ve been trying to get to this sound for a while. A lot of these songs off the new EP were written last year and for me I was just trying to figure out how to transition to this sound smoothly. That’s why on my last EP ‘Overthunk’ it opens with the track ‘Flowers’ which is sonically closer to where I am now. Also going on a month tour round the UK in December left me craving to write higher-energy tunes catered to live shows.

I’m a bit of a stoner so I enjoy sitting on my ass and staring at colours.

With it being back-to-back bangers, was there a point when you knew that Apple Juice was going to be the single to spearhead the EP?

I knew that ‘Apple Juice’ would be the lead single as it’s kind of the track that kicked off the whole EP. I had entirely self-produced everything I had done till now and found that the stress of doing it all myself was really getting to me, so back in January I did a lil test session with Rich Turvey. We just clicked straight off that bat and that was the day we wrote ‘Apple Juice’, I think the whole thing took like 4 hours start to finish and I remember walking away and listening to the demo just smiling at how good it was.

Trippy artwork is becoming a bit of a theme from the album art on Silk to your self-directed music video for Apple Juice. What is it about the psychedelic vibe that you think ‘fits’ with your music?

Hahaha very true, I don’t know I’ve always loved a lot of psychedelic culture, from anything from bubbly-style retro fonts to Tame Impala and Babe Rainbow. I think something about the colours and the trippiness works with my music, visual feedback against tape delays just work together really well. It also might just be cause I’m a bit of a stoner so I enjoy sitting on my ass staring at colours hahaha

On the topic of artworks, your releases so far have featured a variety of different styles. At what stage in the process of making an album do you begin to visualise what you want to see on the cover?

That part always comes last for me, I always have to get a general sense of where the music is going before I can think about visuals. Most of the time though I let the artists/photographers have their creative freedom, my album cover for Silk was actually a piece of fan art that I saw so I asked them to design the full cover. I think the only one I’ve had a clear image for was Hand Over Your Head but I still let the artist Giovanni Forlino add his creative flair and sent him the EP so he could get a right feel for it.

The news has been a complete whirlwind recently, with some really important issues being brought to the fore. Do you think as artists you have a certain responsibility to raise awareness or address pressing issues in your music?

100%, I think if you have a platform to spread information that you think could benefit society, there should be no doubt in your mind on what to do.

I’m immensely proud of how big Bea has become and how much she’s progressed as an artist.

You covered ‘The Moon Song’ from the movie Her with Beabadoobee, what was it like working with her? Is that a partnership you’d like to rekindle?

I loved working with Bea. When we worked together there was no pressure on any of the music we made so we just made it for our own amusement, not to please anyone else. And I’m immensely proud of how big Bea has become and how much she’s progressed as an artist, as soon as I met her I knew she had a talent for songwriting. We stopped working together after ‘Patched Up’ as I had to concentrate on school and my own music and I think now her sound has progressed way past what we used to make but I would love to work with Bea again just waiting on her to hit me up! haha. It’s crazy to think we performed together for her first gig and she was scared to sing infront of 15 people and just a few months ago I saw her play the O2. It does weird me out to think a song that has like 700 million-gazillion streams was recorded in my bedroom though haha.

Speaking of Tik Tok, what’s your opinion on it from a ‘going viral’ point of view? Do you think it’s good that an artist can gain mass recognition from the platform or do you think that when a certain song get’s tagged with a dance trend it can water down the original meaning?

I think going viral on TikTok could only ever be a good thing really, it doesn’t matter how and where your song is played, as long as people are enjoying it in their own way that’s the point of music and can only be a good thing.

Thanks for your time Oscar, we appreciate it. We look forward to hearing what you’ve got lined up for us and hopefully see you on stage when it’s all safe. Do you have anything exciting lined up?

Ayy thank you! Me too! I am itching to play live again! My new EP ‘Hand Over Your Head’ is out September 11th and I got more and more tunes coming out after that too, loads of new music this year.