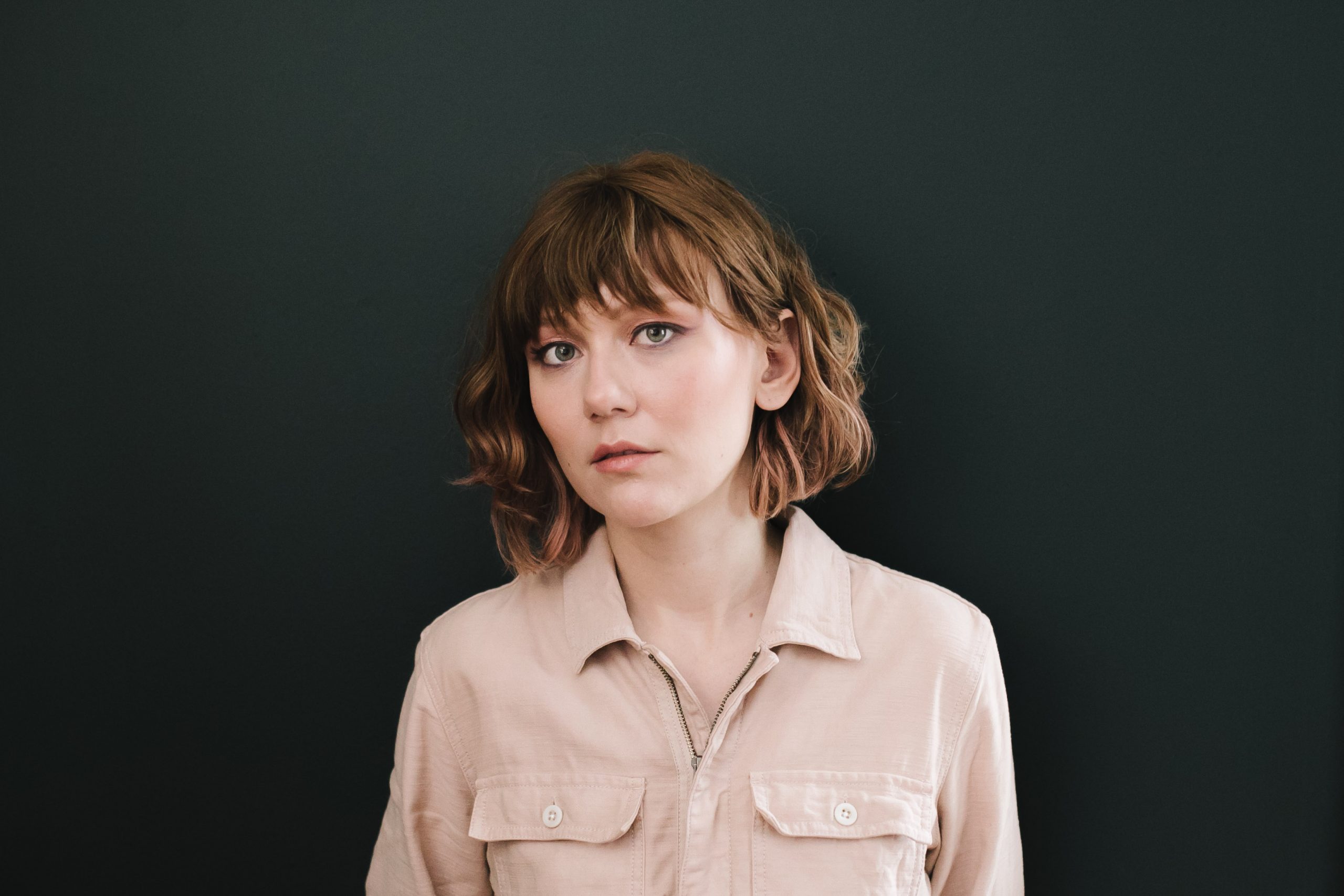 It takes a certain kind of temperament to be a singer/songwriter from Nashville. On the one hand, the city is rife with musical history and activity and therefore there are opportunities aplenty. On the other hand, there comes a certain level of expectation that goes along with that; you have to be on your A-game at all times.

27-year-old Molly Tuttle doesn’t seem too concerned about that side of Nashville, nor should she be. With guitar chops that could run circles around the best of the best, and a voice befit to warm the crispest fall nights, she fits right in. Molly is more concerned about the other side of Nashville – the side that was hit with a destructive series of tornadoes back in March, the side with pictures of downtown bars packed with maskless people in the middle of a pandemic, and on top of that, one of many subjects of the social injustices rippling throughout the country currently.

“It’s really hard,” Molly admits. “There was a week in Nashville when I was going to protests and I felt like I was trying to do everything all at once. After a couple weeks of doing that I felt really burnt out.”

That feeling is pretty universal at this point, with new headlines seemingly coming out every other hour sparking some outrage within the current discourse. For a lot of people, it’s hard to even know what to channel energy into and how. Molly admits having those same thoughts, yet tries to remind herself – and others – this is a marathon, not a sprint.

“Change is gonna happen, but it’s gonna take a while. We have to do everything we can. [A good approach] may be making a list of actions and trying to do one a day – for example, emailing or calling your council member one day, going to a protest the next day, getting involved with a local organization one day. Stuff like that over time really makes a difference. But then give yourself breaks when you need them – recognize when you’re having fatigue from activism. Sometimes I try to do stuff for every cause I feel passionate about just because I feel like there’s so much but they’re all intersectional.”

Molly is particularly passionate about the issue of police brutality. Earlier in the summer, Newport Folk Festival released a documentary/virtual concert film called Our Voices Together in lieu of having the actual festival this year. Molly was a part of that, performing a gorgeous cover of The National’s ‘Fake Empire’ from her bedroom. But spliced on top of that was something even more inspiring. Molly was calling some elected officials to not only calmly speak her mind, but also demonstrate how easy it is for all of us to do so.

“I was calling my city council member (Brett Withers) because we just had a vote on budget and the largest portion of the budget seemed to be going towards police and jails,” Molly tells me. “They had one public hearing and people kept all the representatives there until almost 5:00 AM saying ‘we really want to invest more in schools and community and things we really need… We don’t want all this money going to police when we have such a high incarceration rate here in Nashville already.’ There is a history of police violence here and we just need more money to support communities. We don’t need two more helicopters for the police.

When they voted, it was overwhelmingly to not only keep the budget but raise it by another $2.6 million. It was a big disappointment for me and a lot of people in Nashville. It was something a lot of people became aware of in the month leading up to the vote and it didn’t really change anything for people to get more involved like that. Later, I found out [Brett Withers] works for a private prison company. It felt like a conflict of interest to me. So, I was calling him to say ‘this doesn’t look good and I don’t feel like you should serve as our city council member if you’re not going to be able to recuse yourself from these important social justice issues.’ I called him and he didn’t pick up. The voicemail box was full, but it said you could text him and so I did. He actually responded which was really weird, haha.”

Molly also put the pressure on other officials outside of her area, like the governor of Colorado. Back in August of 2019, 23-year-old massage therapist Elijah McClain died after being placed in an unnecessary chokehold by police after being stopped for ‘looking suspicious’. The officers involved were placed on administrative leave, but were reinstated shortly thereafter. None of them have been arrested, which is what Molly was calling to urge.

“It was weird to make that video months ago, have it play and realize ‘wow, nothing has changed’… I do hope people keep calling and putting the pressure on though. I know I’m going to stay engaged.”

The pandemic hasn’t just allowed Molly more time and freedom for activism. While locked down in East Nashville, she also dedicated time for a passion project, her recently released covers album, …But I’d Rather Be With You. It was recorded back in the Spring through physically distanced measures Molly wasn’t used to, but ended up appreciating.

“It was a learning curve because I hadn’t recorded myself before,” Molly recalls. “It was a lot to set everything up and record myself but I’m glad I learned how to do it. It was kind of cool in a way – I was just playing the songs on my own at my house and I didn’t have anyone listening to what I was doing. It was really freeing to just be able to do as many takes as I wanted, sing however I wanted, try stuff out that I might not feel as comfortable with when there’s a whole room full of people listening in. I got to really explore the songs and go at my own pace. I did miss having other people in the room to play with though – I like the interaction.”

Molly would send takes and ideas back and forth to producer Tony Berg, who would help with the arrangements from his studio in LA. Berg particularly helped Molly – a technical, award-winning guitarist – hone in some of her improvisational guitar tendencies into something a bit more focused and appropriate for the songs.

“I really liked being pushed that way,” she admits.

In addition to the production, Berg was involved in the song selection which was admittedly the longest part of the process. Together, they managed to craft one of the more eclectic track listings of note on a modern covers record, with artists ranging from classic folkster Cat Stevens, to indie darlings The National, and perhaps most surprisingly, Rancid. When asked if this is reflective of her musical tastes, Molly laughs.

“I think this is a small sampling of what I listen to! I try to keep an open mind to different musical voices – I think you can learn so much that way,” she says. “We ended up mainly doing songs that I’ve listened to throughout my life because they felt the most meaningful to me. We were both really focused on songs that had great lyrics and great melodies. We set a pretty high bar.”

A lot of the songs selected were heavily and expertly reimagined by Molly, shining new light on the great songwriting she was covering. ‘Zero’ by the Yeah Yeah Yeahs is a perfect example. While the original is a relatively dark dance-pop song, Molly transforms it into something folkier and dare-I-say sunny.

“The most important thing I was thinking about [when selecting songs] was ‘what new element can I bring to this song?’ Will I be making this song my own, adding meaning to the lyrics, or something new instrumentally or vocally that makes people hear the song in a different way? I almost want the songs to sound like originals.”

Her cover of Rancid’s ‘Olympia, WA’ accomplishes exactly that. In Molly’s hands, it’s no longer a rugged punk jam, but a quirky country song equipped with an insane acoustic guitar solo. You might not believe it, but I assure you it works.

Now that this is out in the world, Molly is planning on re-channeling her energy into her next original record, something that may or may not be influenced by these covers – and her activism.

“I don’t know what’s gonna end up on my next album, there’s so much going on,” Molly laughs. “I’ve always struggled with writing protest type songs. Not because I didn’t want to, but because it’s hard to find your own voice with that. And I feel like some of the stories aren’t mine to tell. But, we’ll see what comes out of this musically for me.”