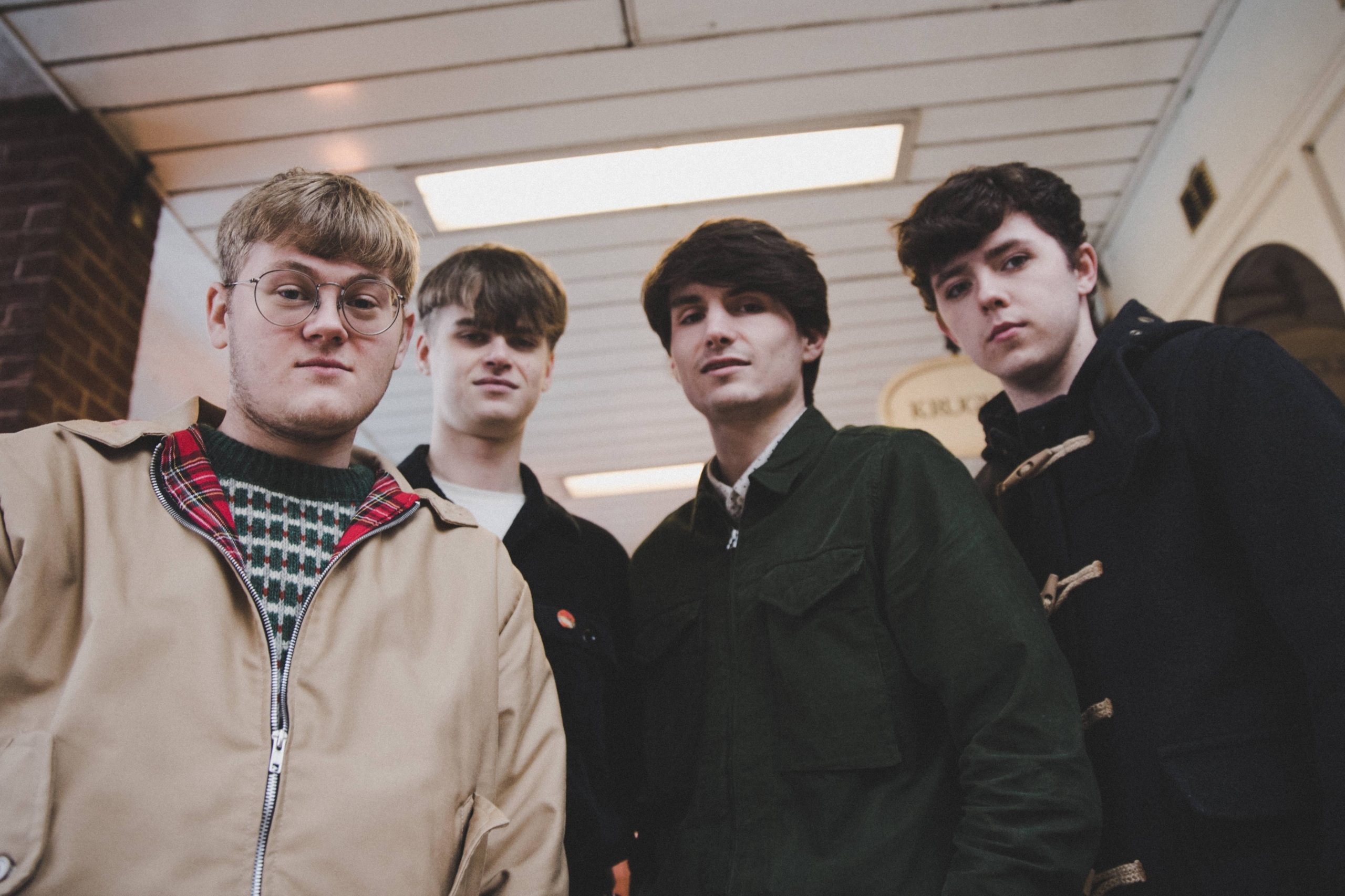 The Lathums: focused on the good, looking to the future

It’s not often that a band will go from playing in pubs to playing massive stages in just 18 months. While many will sit and stew for years before making their big break, once in a blue moon a band comes around that alters the music scene and surges headfirst into the spotlight. That band, this lunar cycle, are known as The Lathums.

It’s not controversial to say that 2020 has been a particularly shite year; nothing notably good has happened and we’re all a bit miserable. Sitting down with guitarist, Scott, I wanted to avoid the obvious dreariness and instead opted to ask what good had happened to him this year: “Recording the debut’s been class, mate, we’re so excited for that to be out there when the time comes,” he tells me.

On the topic of recording, Scott turned to new track ‘I See Your Ghost’ – released just days before speaking – a manic ska number different to the band’s previous releases.

“I really like the tune, we had a lot of fun recording it,” Scott explains. “It’s very different to anything we’ve done before, too. It started off with the verse with the dead fast lyrics, so we began with that and when we got in the studio it just kind of came to life a bit. We were always doing upbeat ska stuff before we worked on it properly, but never seriously. When we got into the studio was when the ska thing came to life.”

Our conversation turned to the band’s upcoming projects: a new EP and, of course, the debut album. “It’s not what people are expecting,” Scott explained. “It’s a step up and I hope people will love it.”

When discussing possible new genres for the band to tackle on the album (or, most likely the project after that) Scott smiled and said that he’d love to go down the funk route: “I would love to do a funk song, when I suggest it it gets shot down but it’s such a good genre – I really want to do one, you know.”

Amidst The Lathums’ already hectic year, they recorded a charity single in aid of their local football club, Wigan Athletic. “We covered the Al Wilson classic, ‘The Snake’ for Latics – we’re not really big football fans, but because it’s a local club we wanted to help out where we could!”

It’s not a fancy van and it leaks when it rains, but I miss it.

With the band’s recent venture into ska and now Al Wilson, it’s clear that northern soul is having an impact on their recent work. “It is a bit yeah, we were gonna do a Verve song first but then we changed our mind. We wanted to do a northern classic though, so we went with ‘The Snake’. Apparently, the owners of the club were a bit snake-like as well so it has a double meaning to us.”

Turning to recent events and political statements, I wanted to know what Scott thought of Rishi Sunak’s opinion that those in the arts should find other jobs. “It’s a ridiculous thing to say,” he said passionately. “We’re a country that prides itself on the arts. The arts and roasts… and sometimes sports. And now he’s shunning [the arts], it’s stupid! They’re idiots and now they really look like them, hopefully the public will see them for what they are now.”

Moving on from 2020, we looked to next year and the huge tour The Lathums are heading for. “I just can’t wait to tour, honestly, mate – all I wanna do is get in the van and on the road. It’s not a fancy van and it leaks when it rains, but I miss it. I always moaned about it but now I’d do anything to get back in it. I’m really looking forward to playing The Ritz and then The Garage in Glasgow, because gigs in Scotland are massive. They’re all new venues to us and I can’t wait to play them.”

Aside from their own tour, the band have also secured support slots with both Blossoms and, more impressively, Paul Weller: “It’s all a bit mad, he’s my parents favourite artist because they loved The Jam. Our manager sorted it somehow and we’re so excited!”

After an incredibly crappy 2020, The Lathums’ new EP, Ghosts, carries what they hope will be an uplifting message to their listeners: “It’s optimistic, which I think is important in this time of despair, you gotta help where you can.”

Whatever happens next in this horrendous year, it’s good to see that The Lathums are keeping positive and doing as much as they can, while they can, and we can’t wait to see what they tackle next. Bring on a possible (most likely impossible) Wigan funk revolution.

Listen to The Lathum’s new EP, Ghosts, on Spotify and Apple Music.