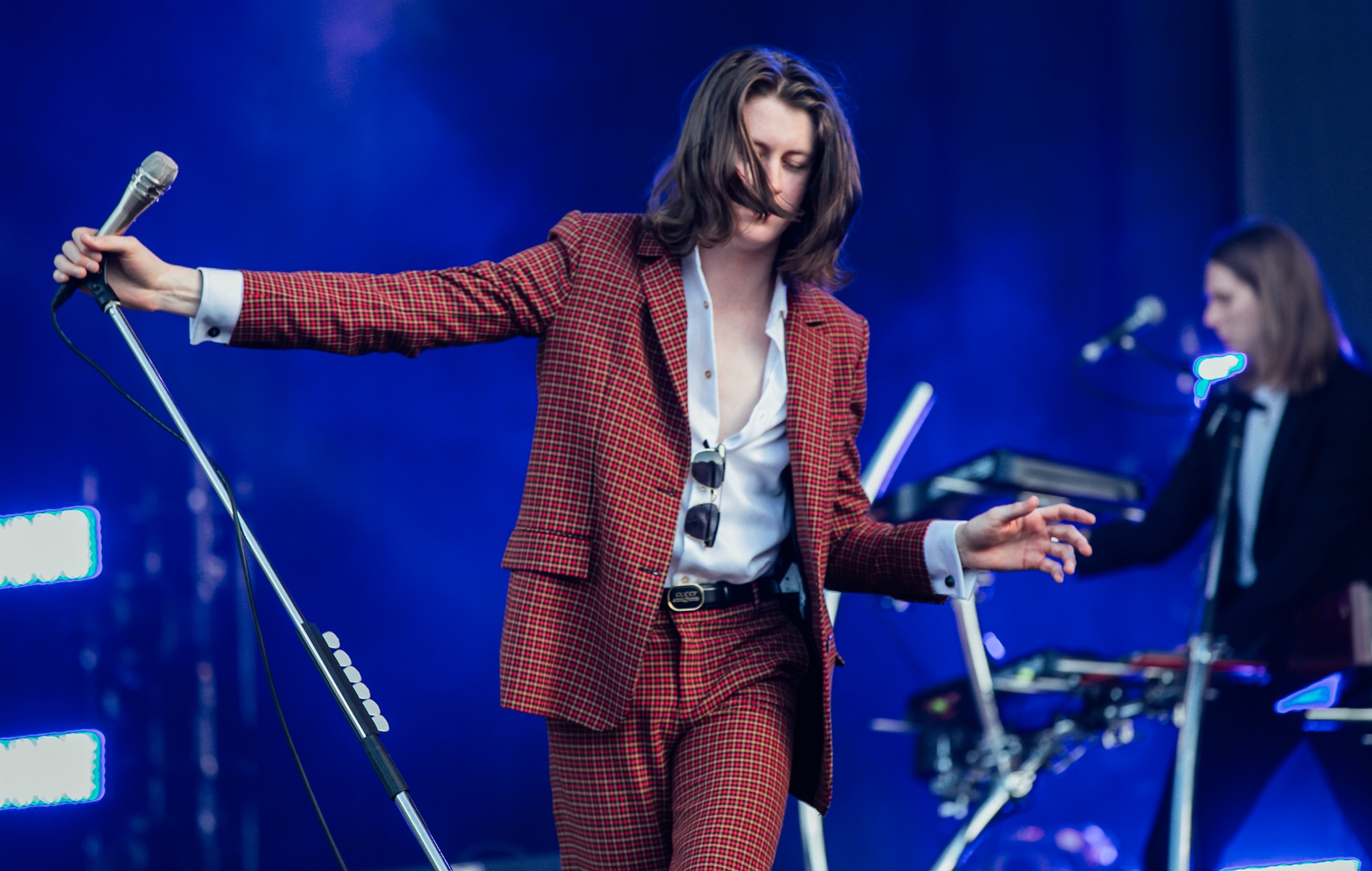 We watched Blossoms’ ‘Back to Stockport’ documentary

Northern quintet Blossoms have teamed up with Amazon Prime to release a documentary commemorating their biggest show to date at Stockport’s Edgeley Park football ground. The gig sold out 15 thousand tickets within 10 minutes (Ticketmaster was a nightmare) and held a momentous lineup of the group’s label brothers: Fuzzy Sun, the Blinders, Cabbage and the Coral, too. The mid-June performance was a highly anticipated all-day performance in the boys’ sacred hometown, which has become only bittersweet to reminisce on within such a bleak year. Having been in attendance that night, I favour it as one of my favourite days of 2019; having a full-length documentary to remember it with is a great memento. I speculated at the time that they’d make a DVD of the footage, what with the huge cameras at the side of the stage and all, but a collaboration with the monopolised giant ‘Amazon’ was definitely not anticipated.

The 95-minute-long documentary captures the run-up to the groundbreaking show, whilst also capturing the story of how the band rose to fame and showcasing each of their personalities. I imagined the documentary to be either incredibly cheesy (as most nostalgic band documentaries are) or to just be an unedited, high-resolution recording of the entire gig. But I was pleasantly surprised to find that it had a smattering of the show’s highlights scattered throughout, with the majority of the documentary centring on why the band have continued to prosper and become progressively more successful.

Shaky iPhone footage has never really conveyed the true emotion of the performance, so hearing it back on the documentary in high definition was immensely heartwarming.

When I hear ‘Stockport’, I instantly think of Blossoms, and it’s safe to say that they have put the industrial town on the map for thousands of fans around the world. Frontman Tom Ogden opens every show by introducing them primarily as a ‘band from Stockport’, and the feeling of hometown pride is impossible to shake off throughout the documentary’s runtime. The pride they feel for their hometown only added to the nerves they had for playing the show – almost as if it had to be their greatest to date in order to honour the town that made them. Flashforward to a warm summer night in 2019, it felt so dreamlike to be standing with 15 thousand people who had the same musical adoration as me. I can’t even imagine it from their end, how much of a ‘pinch-me!’ moment it must’ve been for them to look out into the crowd and hear that many people singing along to the lyrics that they wrote.

The clips of the show bring Edgeley Park to life in an inexplicable way. I had anticipated a handful of flares for the show – after all, it’s basically written as a ‘must-have’ for gigs in the unwritten indie guide – but the crowd was unleashed into masses of vibrant colours of smoke as soon as the first notes of opening track ‘At Most A Kiss’ were played. Seeing it played back allows you to marvel at the crowd’s intensity, how everyone in attendance made the gig feel all the more surreal.

A later personal highlight was when Ogden took to the stage to play ‘My Favourite Room’, a mellow track from their debut album. This track was bound to send me into floods of tears when it was played live, regardless of where I was, but hearing it sang along to that night with thousands of people around me intensified the chills by a thousand levels. The sun had set by now, but the crowd was still exuberating a hearty elation and the contentment of the atmosphere was overpowering. The live footage of the show really brings that feeling back to me. It encapsulates the day into an instant replayable keepsake, and that is so honourable in such glum days. Shaky iPhone footage has never really conveyed the true emotion of the performance, so hearing it back on the documentary in high definition was immensely heartwarming.

The most humbling census of the documentary seems to be that Blossoms are just ‘normal’ people. In cutaway scenes (like when the five can be seen helping each other put up a gazebo) it seems to be continuously reiterated that they are just best friends that have landed upon achieving their greatest dreams. And the cutaways work! They really demonstrate the natural chemistry shared within the group, and there’s no chance of arguing that these are fabricated feelings. It becomes easy to imagine them as the group of inseparable friends we all knew in secondary school: you had the incredibly friendly one who everyone was friends with, the class clown, the heartthrob, the mysterious one and the questionably strange one. Ultimately, that encapsulates Blossoms perfectly. It’s warming to see this when we’re so used to seeing feuds within bands; it notes that their close relationship is part of what has made them so successful.

Overall, ‘Back To Stockport’ is a passionate documentary and a great keepsake for those in attendance of Edgeley Park that night. It highlights Blossoms’ constant motivation and love of churning out music; their indie-pop sound has enlightened millions, and it’s clear that Edgeley Park won’t be their first nor their last sold-out arena show. The documentary takes me back to the anticipation running up to the night and the amiable atmosphere I felt once in the midst of it all. Yet, I struggle to see the replayability for the less infatuated, or for fans who weren’t there at all: there is no feature of exclusivity for them to be drawn in by. Who’s to say why they’d choose to watch it, but for the minority of those who are drawn towards the documentary, it is an excellent and entertaining watch.

‘Back to Stockport’ is available to stream now on Amazon Prime. They also have a cheeky live album of the performance, which you can listen to on Spotify and Apple Music. Go bananas.