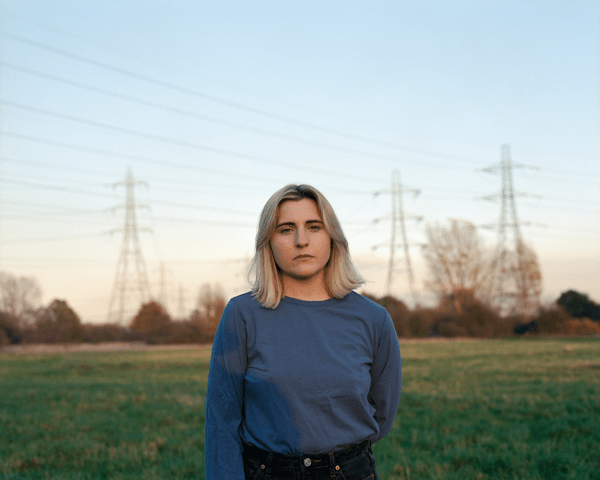 Track of the Week: Wyldest – Hollow
Some songs are able to convey a vast variety of emotions in just three minutes. After a slow introduction where naivety and innocence shines through, a subtle confidence takes over, and the angelic vocal of Wyldest takes you up and away into the clouds. The world is a better place with this song in it.

Cosmic Crooner – Deep Down in Jazz
You have to rate the fact that Cosmic Crooner references their own moniker in this track. A song that Alex Turner would be salivating over, Cosmic Crooner is setting up his own spectacular space-age lounge bar.

Home Counties – White Shirt / Clean Shirt
Home Counties give us a bit more boogie and electronics than we’re used to from the Bristol-based outfit and it’s saucy to say the least. Is that a drum machine? I think it is. Not sure I was ready for this…

Squid – Paddling
Six-minute singles are few and far between but ‘Paddling’ is one fine exception. Far from treading water, Squid confidently build this tune from the get go. Opening with a vacant and twangy guitar melody and closing with a carefully layered orchestra, ‘Paddling’ aims to tackle two-sided questions of simplicity vs. maximalism.
(Note to self: “The Six-Minute Singles” is a good-but-unfortunate-sounding band name.)

Sorry – Cigarette Packet / Separate
London duo Sorry returned to the alternative scene this week with two shining new singles: ‘Separate’ and ‘Cigarette Packet’. They’re enchanting listens, filled with the signature angsty gloom that brought them their fame. ‘Separate’ is especially reminiscent of Sorry’s early days. It highlights Asha Lorenz’s staple deadpan vocals and is delightfully murky in its instrumentation. ‘Cigarette Packet’ is a lighter single compared to the former, though. It’s a catchy number and the snappy beat runs laps around your mind even when the song is over. If this is what the new age of Sorry looks like, it’s safe to say that it’s very intriguing.

Teenage Fanclub – The Sun Won’t Shine On Me
Teenage Fanclub have successfully created a track so innately calming it could rival a bottle of lavender oil. The Scottish rockers’ latest might be wistful and bittersweet, but god, is it soothing. Sit back and let their gentle harmonies wash over you.

Maja Lena – Sacred Practise
Initially had this one penned in as ‘Scared Practise’ and was wondering how to make a gag about being scared of practise. Then I realised it was called ‘Sacred Practise’ and began questioning every single thought I’d had on the song. Anyway, this is another complex, carefully plotted track from Maja Lena. I’ll stop overthinking these reviews.

Regressive Left – Take The Hit
I listened to this track a few times and still struggled to come up with the best way to describe it. ‘Obscure’ kept popping into my head. But other than that, I couldn’t pin down what made this track so intriguing. So, go listen to it for yourself and if you can figure out what makes it tick, please let me know.

Forgivers – Some Future
I had high hopes for a new band featuring half the members of The Gaslight Anthem. Unfortunately, I don’t see a future for me that includes this song. Pretty boring. And about two minutes too long. Look, I just saved you five minutes of your life. Use it wisely.

Frankie & His Fingers – Sad To Let You Down Like This
The group’s first album in over a decade comes out next week, and if this single is any indication, it’s going to be a perfect way to ring in some warmer weather. This little slice of indie-rock features lyrical gems aplenty, like ‘The day will come when you wish you were this age instead‘. Damn. I feel seen.

Dessa — Life on Land
If anyone can cast off their alternative hip hop roots and instead create a mammoth pop chorus, it’s Dessa. ‘Life on Land’ is euphoric in scale, with the dazzling production behind it to thank for that. It’s larger than life and takes atmospheric to a new level — if you’re looking for your next pop anthem, look no further.

Solis – Be Together
There’s an eerie elegant to this new one from Solis. As if an angel is haunting a graveyard as the sunsets. The lyrics are melodic, the song possessing a great rhythm throughout.

TWINKIDS – I Know
There’s a certain sense of sadness that permeates ‘I Know’. And yet, there’s also a bit of summery nostalgia thanks to the ‘80s-tinged arrangements. It’s this juxtaposition that makes the song not only a pleasurable listen, but a comforting one as well. I’m ready for more.

Lightening Bug – The Right Thing is Hard to Do
Campfire tune alert! Get out your smores, flasks, fold-out chairs and your acoustic guitar. Maybe even the harmonica. No, leave the bongos. You weirdo. This is meant to be a pleasant experience. No bongos allowed. A smooth, effortless number, Lightening Bug are the perfect addition to your campfire playlist.