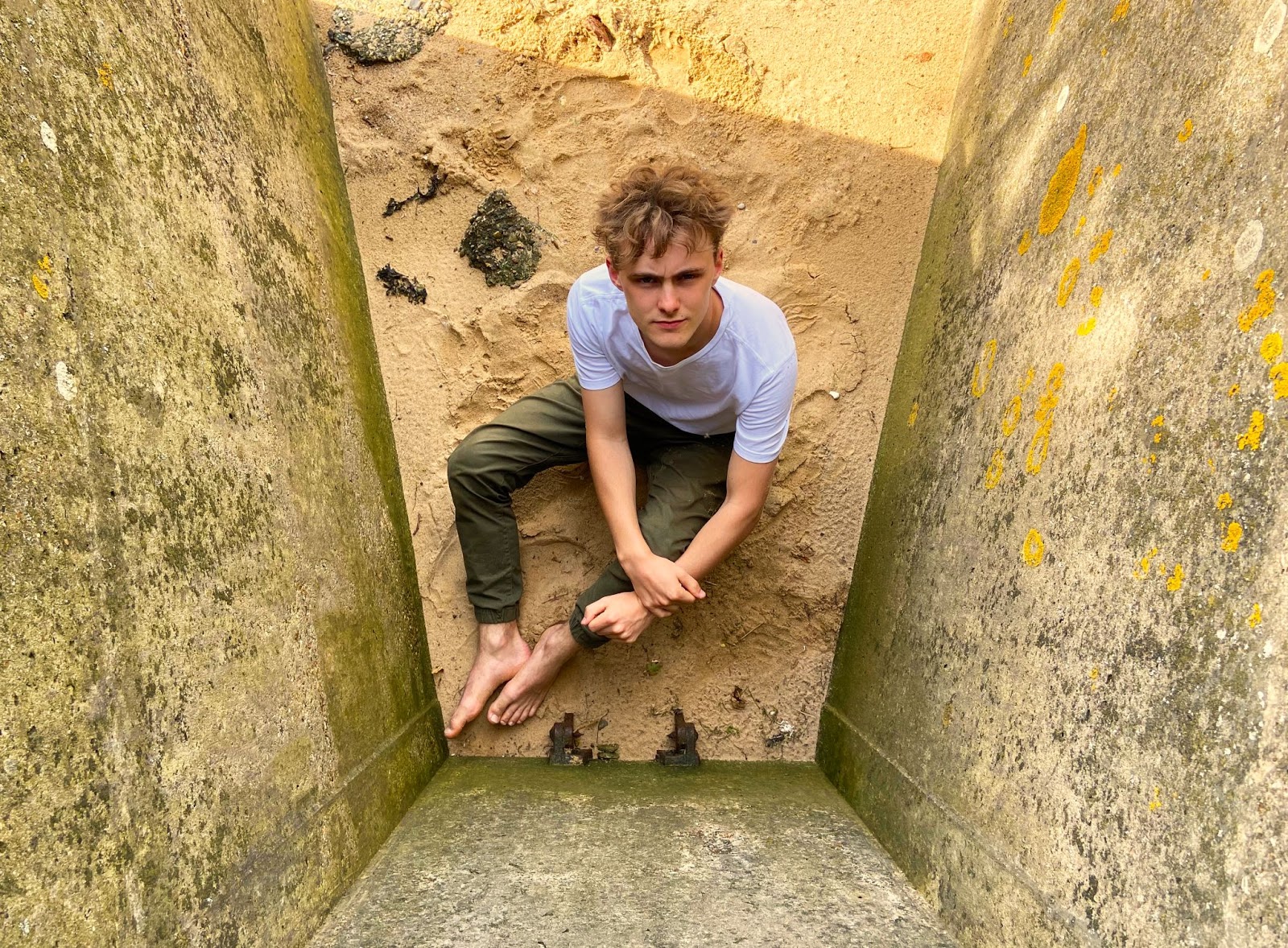 Sam Eagle is a bit of a prodigy. At 21 years old, he’s already a podcaster, streamer, videographer, multi-instrumentalist and writer with rising acclaim. Making his own version of sharp indie pop, drawing influences from rap experimentalists and ’80s indie icons, he is boasting the maturity of a songwriter twice his age.

The elephant in the room when I speak to him is the first anniversary of the UK’s original lockdown looming close.

“Not to sound crass, but I felt the first lockdown had a bit of novelty to it, you know?” he reminisces. “I remember thinking, ‘Isn’t it nice not having any traffic?’ and, ‘Isn’t it nice being able to hear the birds?’.”

The buzz from the newness of it all has certainly worn off, unveiling the reality of having to work twice as hard to get to where Sam is now – something he had no choice but to face.

“Releasing music this year has pretty much been defined by learning. It’s such a difficult time to navigate. We’ve been forced to adapt, which in many ways isn’t a bad thing.”

Out of the forced-upon social culture of Zoom, Eagle wanted to find new ways to connect with his fans, and they stuck. “A lot of things have happened that I don’t think would have otherwise. The podcast, the live streams; they’ve all been the result of having to try new things.”

Nowadays, he has an impressive online presence. Speaking with friends and colleagues in the music industry on SamCast, hosting frequent – near daily – live streams on Twitch, it’s a delightful thing to see someone make the most of being stuck indoors.

“These days, I really don’t have a lot to complain about in my life. It’s funny, the other day I got a dead leg from sleeping on it all night and tried walking across my room and literally couldn’t. I remember thinking, ‘Oh my god… thank you’.  It was a real wake-up call, and I’m just grateful for all the stuff we take for granted.”

This relentless positivity and youthfulness is quickly apparent in his music, full of sharp and unexpected beats and melodies, each instrument clanging away to make its own distinct sound, as if each controlled by a bizarro Sam clone.

In 2019, Eagle released Coping Mechanisms, a seven-song album which, in comparison with his latest work, shows off a slower, jazzier version of himself – yet still injected with his distinctive pointed riffs and instrumentals.

“I don’t know why I don’t keep making music like that any more,” he wonders, “it’s just not happening. The stuff I make now is probably more hip-hop influenced.

Aside from my music, the community we’ve built through streaming is by far the thing I’m most proud of. It’s been such a saviour for my mental health.

“My style of writing has changed a lot through lockdown and through hosting loads of streams. With people watching, you want to work quite quickly. You almost feel like you have to get a lot done. Getting into that process of writing faster is the complete opposite of what I used to do.

“I’m trying to work out whether it’s good or a bad thing… or neither – it’s definitely something!”

“The songs that come out of streaming are far simpler, but they’re still to my own style, if there are elements that don’t work they simply won’t go in,” Sam continues. “Aside from my music, the community we’ve built through streaming is by far the thing I’m most proud of. It’s been such a saviour for my mental health. It’s made it a lot better during lockdown.”

“It almost happened unintentionally. We never set out to do these streams with that purpose, but it’s been so great as it’s massively opened my mind to collaborating. I used to be so against working with other people. It’s nice that I’m learning to consider other people’s perceptions of the music with my own, although that can be a trap and I’ve fallen down it before.

“I’d just signed to Cooking Vinyl and started demo-ing loads of tracks, but they just didn’t sound like me,” he elaborates. “I made the mistake of writing the things I thought the label wanted to hear. Realising that, I had to go away and completely reset, and began making the music I make just for fun. Instantly, it became so much better and easier to write. Since then, I never try to think about the commercial side of music and only think about what’s best for the song and let each of them speak for itself.”

For Sam, music is inherently independent. From concept to product, he’s completely individual, and writes the songs that sound best to him. To play the devil’s advocate, I ask why he chooses to share this solitary experience of his with the world, at the risk of Sam giving an answer that I wouldn’t want to hear: that he never releases any more music into the wild.

“It’s a really interesting point, because theoretically if you really are writing only for yourself, why would you feel the need to release it?

“When I wrote my first solo songs, I was only giving it a go, seeing what it’s like to make an EP. They were as simple as they could get, you know: verse, chorus, verse, chorus, done, and the lyrics really didn’t have any meaning. Even still, it was just so liberating as a process. I think I ended up putting it out just because it felt like the natural thing to do.”

“I only continued because I loved the solo process. Although sometimes I do miss playing in a band, I miss being around people. As soon as all this is over, I just want to play with people as much as possible. I’ve had enough time on my own.”

As the country enters another incremental stage of opening up, the young musician is determined to have the right attitude as the new normal becomes the old normal we’ve missed so much.

“[Playing after coronavirus] is certainly going to be difficult at first – although I did play at a socially distanced festival which was surprisingly chilled and normal. Not to say [the other acts] weren’t talented, they were – Nubya Garcia, Joe Armon-Jones – they’re all amazing, but it was so great to see them make mistakes, and nobody seemed to mind. It’s like everyone thought, ‘Oh okay, everyone’s out of practice and that’s absolutely fine’.

“I’m trying to say this as much as possible in social situations that you shouldn’t feel that it has to be normal straight away. It’s such a weird time we’ve been in. Don’t feel bad because it feels weird.”

Sam’s latest EP, She’s So Nice, is out now. Listen on Spotify and Apple Music.