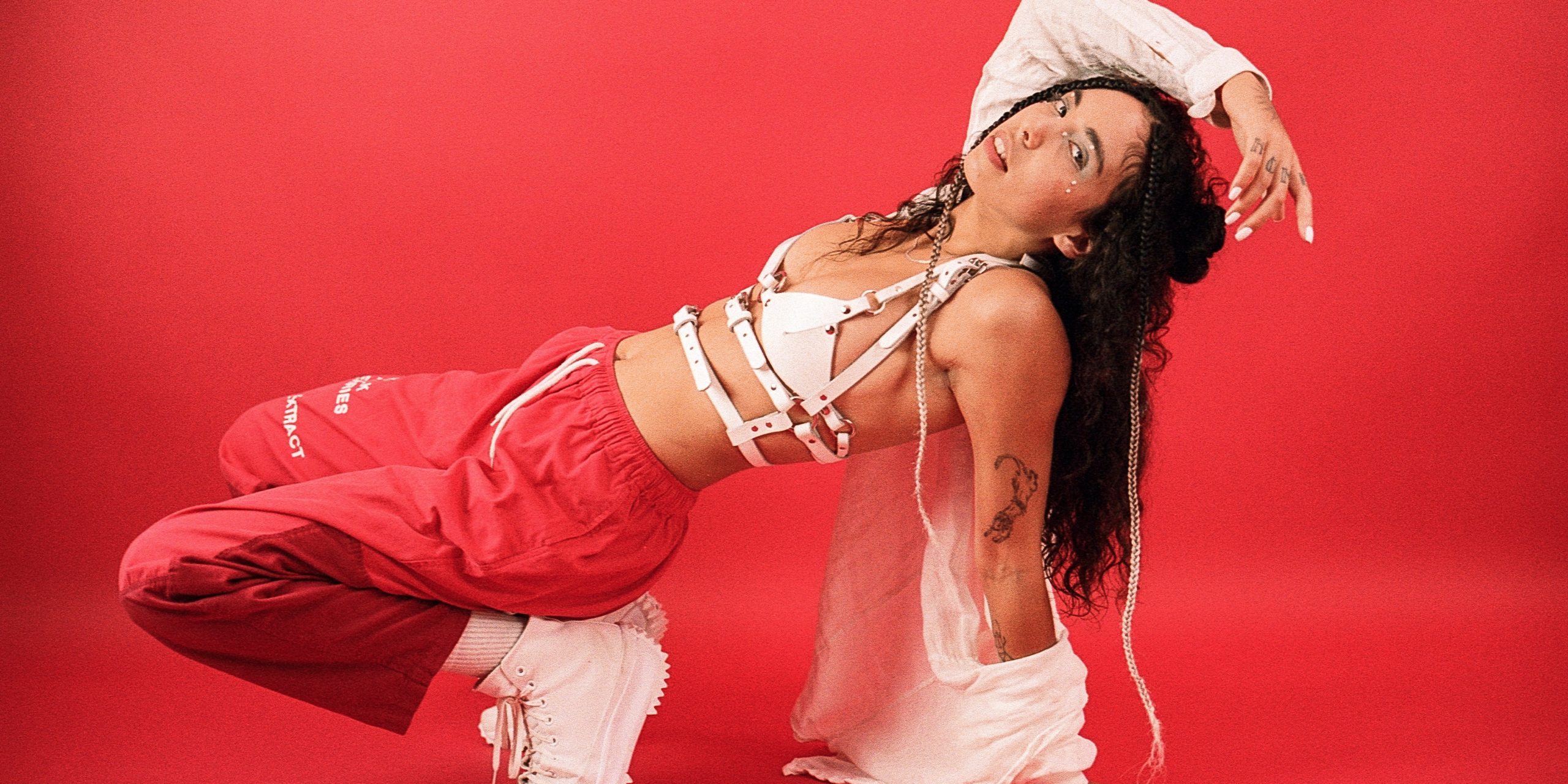 Singer-songwriter Indigo de Souza was destined for music. Even before her teens, it was already clear to people around her where she would end up.

“I think I wanted a guitar because my dad played one too. I always wanted to play an instrument. Then as soon as I was playing chords, I was writing songs. The songwriting never stopped from there.”

Her mum, a caring and endlessly expressive figure in her life, saw an opportunity to get her out of her shell. And at a mere 11 years old, she placed second in a songwriting contest with virtually no experience performing live. She immediately knew this path was for her.

“At one point I had so many original songs that my mom pushed me to start performing them,” Indigo says. “I looked round and realised there were people my age and people a lot older who were all relating to my songs. Seeing a lot of older people respecting what I was doing made me feel so seen. I’d never felt that way from my peers.”

“I don’t feel able to deeply relate to most people that I meet, so to make music that people can relate to feels really cool.” 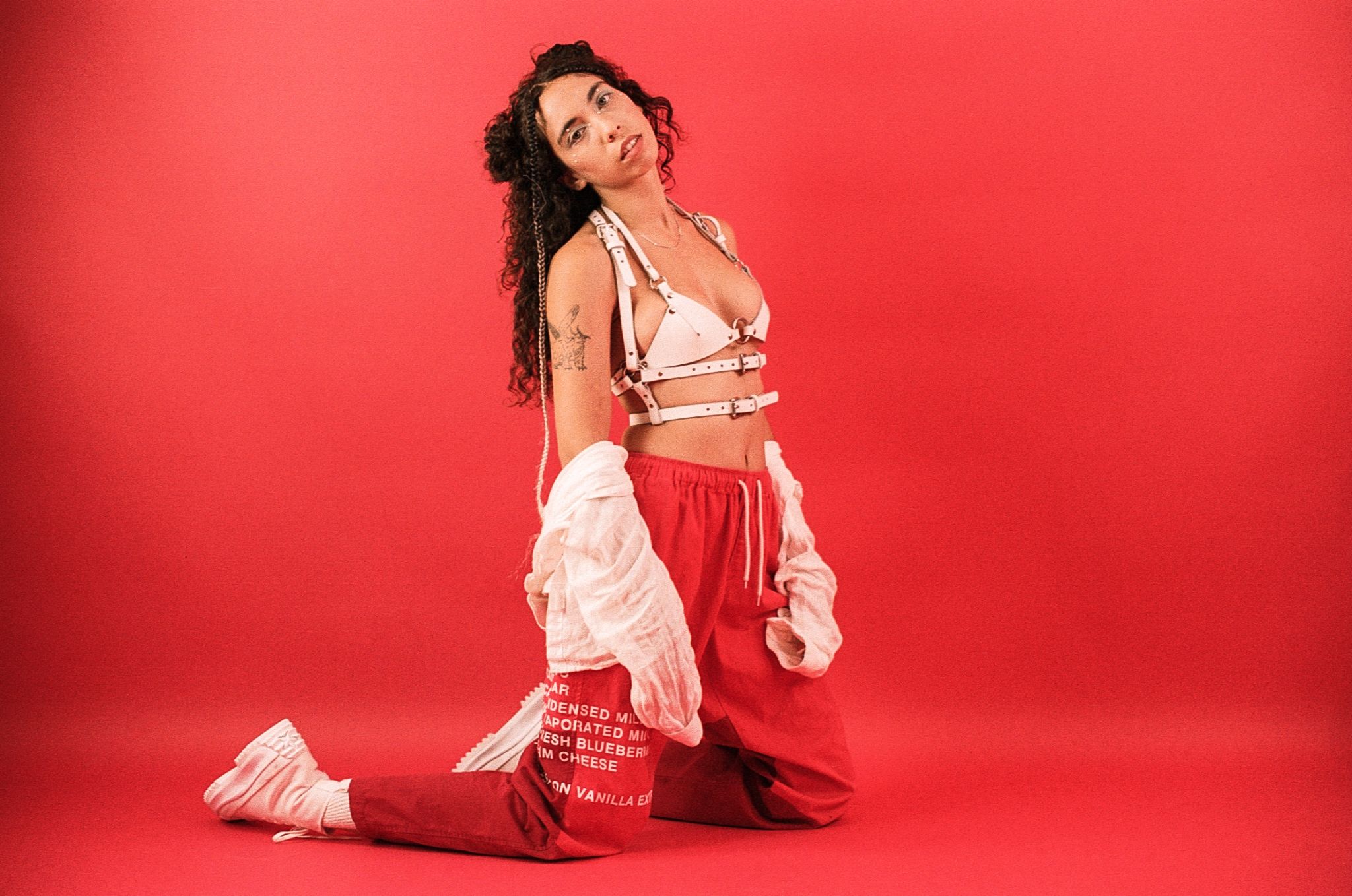 Growing up, Indigo struggled to fit in. She spent the first half of her childhood in small-town America: a tiny, insignificant town in North Carolina called Spruce Pine. Then, her mum moved them to Asheville, and there it took some time before she found her place. Even as she tells me, I don’t believe this buoyant, flourishing soul I’m speaking to ever struggled to meet new people.

“In Spruce Pine I don’t even think I truly knew what community really was,” Indigo realises. “Then I moved and in Asheville I had a community but didn’t know what a healthy community was. I still felt I needed to play a part to fit in, and I felt I was forced to be a certain way.”

Any Shape You Take, her latest release, comes at a time in her life where she is finally loved and accepted into a community of like-minded souls. Written over the course of a few years, it almost serves as an anthology of her past experiences with pain. The pain in love, loss and change are all dealt with here. Even the album’s title comes from accepting change in others: ‘If you wanna change // I’ll be here to love you // No matter what shape you might take.’

A lot of the songs are from the same season as I Love My Mom – her first album, released in 2018. “I feel like I’ve moved forward from those feelings I had when I was writing [these songs] so it feels good to finally get them out,” she says.

Despite its themes, this isn’t an album meant to be a commiseration of pain. Rather it’s a celebration of pain, and the silver linings you can always find in darkness. It’s a fitting time to discuss these themes as we approach the light at the end of the tunnel with the pandemic.

“During the beginning of the pandemic I was very alone. I went through a break-up and I was living by myself. I was really sad during that time,” she confesses.

The track ‘Pretty Pictures’ captures that feeling: coming to terms with the conclusion of a relationship. It’s tackled with a unique emotional maturity other break-up songs rarely manage. ‘And if my promise ever slips, just trust I’ll have the heart to quit // I know when I’m better off a friend,’ she sings.

“It was such a strange and stark difference from the other break-up I’d felt before. The other break-up I’ve had in my life was so harsh and dysfunctional. It’s interesting looking back and seeing myself break up with something so messed up and then seeing nothing bad in it. It just wasn’t the right time,” Indigo recalls.

“I wanted to write a song about that. I hadn’t come across a break-up song that was loving and respectful to the other person. I never felt spiteful to them because I knew we would both be in a better place.”

Through processing that alone, and without the support she would otherwise have if not for lockdowns, Indigo learned to become self-loving again. At one point through lockdown she stepped back and said: “‘Oh, this is kind of cute, I’m my own best friend, I love spending time with myself!’.”

“I feel like I’d forgotten how to do that because I’d been so distracted for so long,” she continues. Overall, it was kind of a magical time for me. It started out feeling quite dark and ended up in the lightest, most magical feeling I’ve ever had.”

She smiles, then tells me “I manifested a really wonderful community, really deep friendships and a connection with nature and the land that I hadn’t engaged with before. The whole album was inspired by that: something really light and beautiful coming from pain. It’s that feeling when you’re able to look at pain and face it, feel it and hold onto a passion for yourself.”

The album’s heavier moments, such as ‘Real Pain’ and ‘Bad Dream’, are kept afloat by the sprightliness of ‘Hold U’ and the blissful ‘Way Out’. Even in the order of the tracklist, where lighter songs are found after harsher ones, it’s as if Indigo is asking you to go through the same journey as her before being allowed to celebrate it.

Reflecting on what she hopes for this album, she opens up and says, “I hope when people hear this album that it brings up something in them and they’re able to process it. I hope someone feels they’re being seen for the first time.”

“I wanted to confront pain but also meet it with compassion”, says Indigo. “It’s so important for people to have space to process their pain. Music kind of does that for people.”

Any Shape You Take comes from a love – a love of family, her friends, and the trials she had to go through to get here. Compared with I Love My Mom it brings up similar themes, but they’re sung now by a woman more self-assured, who can now smile at the pain rather than through it.

Indigo returns to think about the person she has everything to thank for, her mum. “I just don’t think I would be where I am now without her pushing me to do this. I was so chronically shy at the time that she’d force me to sing songs on the street,” she admits.

“I remember being so mad at her at the time but if she hadn’t pushed me, I would never have gotten over it and known the magic of what happens when you sing songs for people that are from the heart.”

Any Shape You Take is out today on Saddle Creek Records. Stream it on Spotify, or wherever you enjoy music.