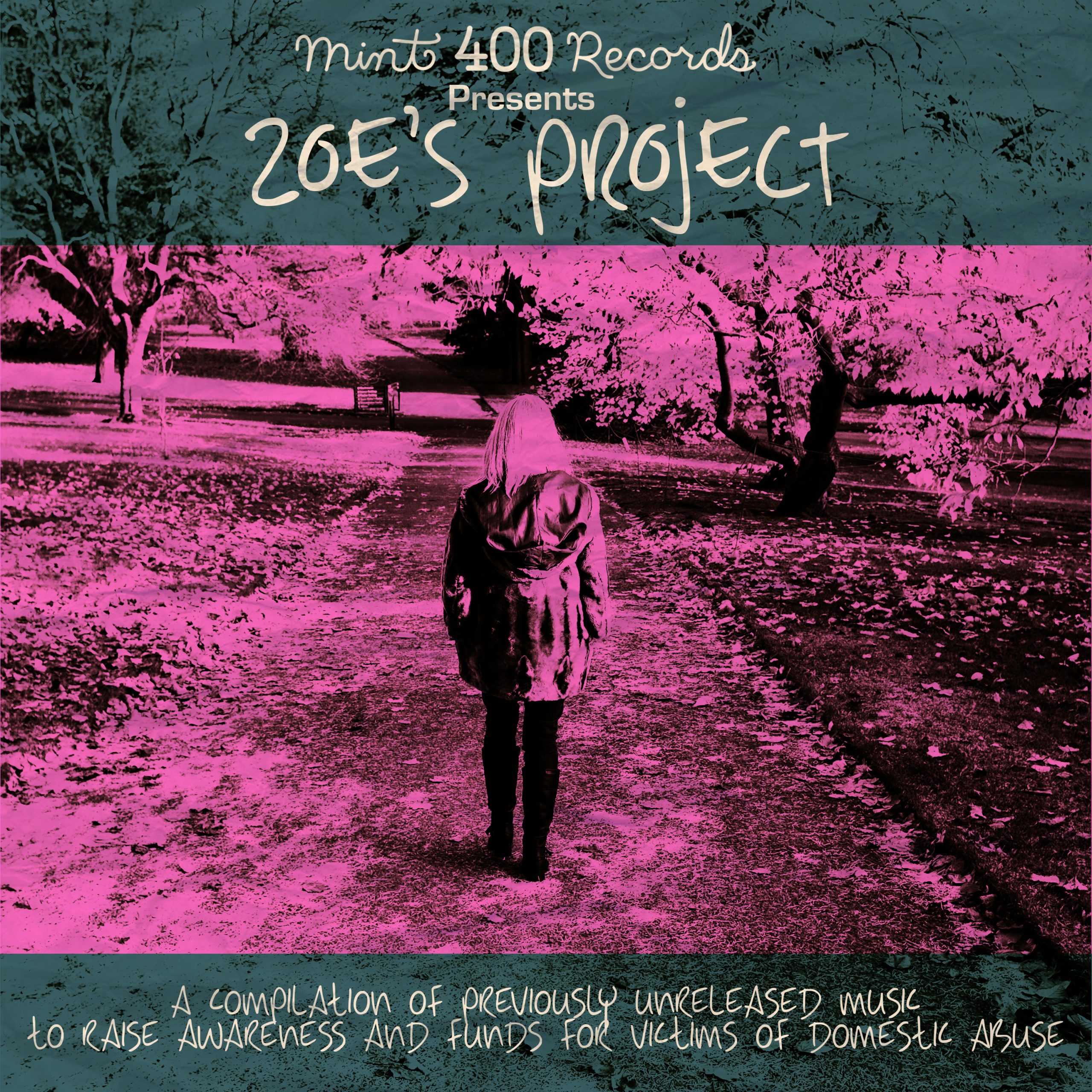 Recently, drummer Zoe Ekonomidis of the Mint 400 Records band The Components alerted the label’s founder, Neil Sabatino, of an abusive home situation she had been dealing with for years.

“It was one of the most heartbreaking phone calls I’ve ever received,” Sabatino remembers.

Immediately the two started to discuss how to bring awareness to the situation and what could be done to help others that were trapped in similar ones. Together, they began organising what would become Zoe’s Project, a compilation of over 30 previously-unreleased songs from the label’s roster of artists.

Releasing first via Bandcamp on May 20th, 100% of the proceeds will be donated to Janie’s Fund. Janie’s Fund is a philanthropic initiative created by Steven Tyler in partnership with Youth Villages to bring hope and healing to girls who have suffered the trauma of abuse and neglect.

“Thank you to the Mint 400 family for giving me an opportunity to speak out about domestic violence. Music is one of the most powerful ways to send a message,” Zoe says. “If my bad situation helps to shed light on the amount of domestic abuse that happens around this country then I am happy to have said something. Domestic abuse is something that does not get talked about a lot and this compilation of music represents a whole bunch of artists that care enough to say something.”

We are proud to premiere two tracks from this compilation today, as well as bring some awareness to Janie’s Fund, which you can donate directly to at the link at the bottom.

“‘I Want You Back’ was the first song I was able to write after the pandemic hit.  Like so many people, I was overwhelmed and distraught with the virus and social chaos that surrounded it. That translated into an uncharacteristic moment of writer’s block for me. This is a song of the times we have been living in the past few years. The endless partisan screaming matches. Isolation. Loss. But ultimately, I hope the song transcends this moment and can take on a more intimate meaning to a listener. For me, putting ‘I Want You Back’ together was cathartic. It was a reentry into what I love most in this world: songwriting. When Mint 400 asked me if I’d like to participate in Zoe’s Project, I knew it was a moment to take a cell phone demo that was important to my mental and emotional state and turn it into a realized vision for the cause of others.

I know people who have been victims of domestic abuse. And even after the actual abuse ends, the effects of it can shape and last a lifetime. Information, empathy, and action, however big or small, can help. I’m proud to contribute to Zoe’s Project and to support those who are vulnerable and to find ways to heal from abuse.” — Renee Maskin

“I wrote ‘Doomed’ during a pretty dark time. It’s about how in relationships we make a person what we want them to be in our heads. I tend to create this idea of someone being a good person with good intentions before they can prove that they actually are. But it mostly just leads to disappointment in the end.

I was in an abusive relationship when I was 15 for two years. I ended up going into hiding for two or three weeks and getting the police involved in order to escape the situation. I think that experience gave me an understanding of how difficult it is to extricate yourself from that type of relationship. It’s a lonely place to be in, but I found help and support in good friends.” — Christina Ward

You can donate directly to Janie’s Fund HERE, as well as purchase the compilation on May 20th, exclusively on Bandcamp. 100% of the proceeds will be donated to Janie’s Fund.