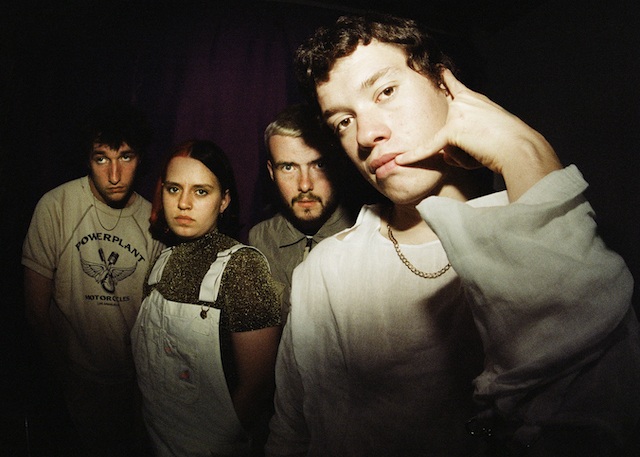 It’s a large one this week – hope y’all can carve out some time, for there’s plenty to enjoy here. Without further ado…

Track of the Week: STONE – Waste

This is pure evil. Like, surely Satan spawned this song. It starts at a ferocious tempo and doesn’t let up bar a 10 second break – presumably just a point to reset the mosh pit when they take this on the road next.

The Velvet Hands – Holiday in My Head
The tight verses, itching pre-chorus and rousing chant construct the story of a fed-up young’un imagining anywhere else but their flat that’s not fit for livin’ in. What lifts them out the slew here is the drummer toying with the tempo in each section and the vocalist’s full-throated pronunciation of his rounded vowels. Video’s also worth checking out.

Dylan – Girl of Your Dreams
Dylan’s got all the makings of a mega-hit on her hands with ‘Girl of Your Dreams’. It’s infectious and bombastic, just begging you to get your feet off the floor and your fist in the air. Indie-pop gold.

Death Cab For Cutie – Here to Forever
‘I wanna feel the pressure of God… or whatever’ Gibbard sings in the chorus, per usual hitting the proverbial nail on the head with an aestute observation about what it’s like to be alive at this particular moment in time. What more can I say? They’re my favourite band – obviously I love this tune. And I’m fairly confident you will too.

Wyldest – Tin Foil Girl
It feels like we’re hearing about Wyldest everywhere recently, and it’s no wonder with bops like this. ‘Tin Foil Girl’ is a laid-back, minimalist indie number with a skate park music video that exudes carefree summer vibes.

Waterparks – Self-Sabotage
The best part of the pop-punk revival we’re seeing now is that we’re never lacking in good old-fashioned sad pop-punk. Waterparks are providing the good stuff for us this week with a song about, you guessed it, self-sabotage. Get all up in your feelings with this one.

Sorry – Let the Lights On
I remember Sorry performing this at their Manchester show last month and it properly got people moving. Definitely got the potential to become a sing-along fan-favourite at future shows now it’s out in the world. The use of trampolines in the music video is also… *chefs kiss*

Madi Diaz – Hangover
Madi Diaz captures the intrusive, simple-yet-destructive thoughts that occur when hungover, using the morning-after-the-night-before-feeling as a metaphor for the impact deep love has on a person.

Wunderhorse – Leader of the Pack
Sam Fender’s new favourite act are back with something very gritty. This has some of that attitude and atmosphere found in early releases from Kings of Leon, The Black Keys and others. Simply, it’s very good.

The Racer – 93
Showcasing a different side of The Racer, ’93’ has vocalist Pete Marotta experimenting with the lower end of his vocal range, creating a brooding warmth. It’s an eccentric track, embracing a variety of influences the band has tapped into throughout their career, and we like when a band is willing to step outside their comfort zone.

Tegan and Sara – Yellow
Ten albums in and Tegan and Sara are still giving us the very best of synthy dance-pop. This number is slower than their biggest hits, but the chilled-out drumbeat is still sure to get people moving. It’s the Tegan and Sara effect – you can’t not dance to their songs.

Pixey – Recycled Paper Planes
I always feel that when Pixey returns with new music, that signals the proper start of the summer. Some think it’s when the cricket season starts. Some think it’s when that first heatwave hits. Others use Glastonbury as a marker. But Pixey’s return is it for me. Get this on ya summer playlists NOW!

Poster Paints – Falling Hard
Not a day goes by I don’t miss Scott Hutchison and Frightened Rabbit, both of whom had an enormous impact on me as both a songwriter and a fan. So when I learned of Poster Paints – the first new music from a Frightened Rabbit member post-Hutchison’s passing – I knew I would welcome it with open arms. Here, Simon Liddell pairs perfectly with Carla J Easton for a slice of indie-rock heaven a la Camera Obscura.

Julie Odell – Cardinal Feather
She sprints and then she sways; whistle-whispering and waiting for a kiss. It’s a gushing love letter and she overreaches lyrically but hey, she’s in love. It is Judie’s voice, galvanized by the intensity of emotion that leaps, soars and shakes so wonderfully. A song sent from a ruby-red mesa.

VENUS GRRRLS – Violet State of Mind
VENUS GRRRLS have returned with a searing new track, their first outing of 2022. Fully embracing the riot grrrl sound and ruthless energy as expected. Hammering riffs are here to smash the nails in the coffin, GK’s vocals rise with a confident heat and don’t let up. Treat yourself – bless your ear drums with this one.