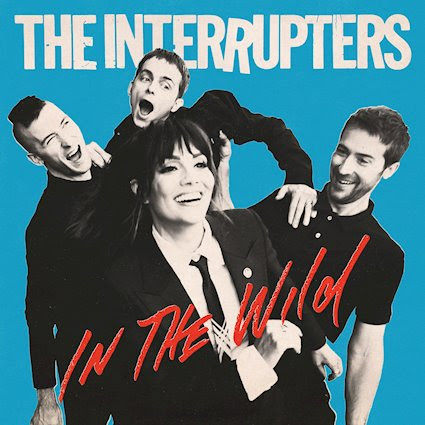 The Interrupters, out in the wild

Riding the line between classic ska and ‘90s punk rock, The Interrupters’ new album In The Wild delves further into their trademark style with unfiltered emotion and perhaps more vulnerability than ever before.

With influences spanning from Jamaican ska and 2 Tone legends like Pauline Black to the heavy California punk stylings of Rancid, In The Wild fuses heavy lyrical themes with buoyant musicality. Easy comparisons can be made between Aimee Interrupter and other gravelly punk vocalists like Brody Dalle, but The Interrupters aren’t recycling what others have done before; this is ska punk for 2022.

The dichotomy of The Interrupters’ style is showcased from the beginning of the album as we jump from the escape-your-hometown punk of ‘Anything Was Better’ to the bouncing ska beat of ‘As We Live’. As In The Wild progresses, the contrast becomes less stark as the two styles melt together rather than stand apart.

Thematically, there are dark moments on the album as the band grapples with mental health and abuse. But resilient mantras of hope are peppered throughout the record, such as ‘Sometimes when you’re low / You gotta kiss the ground’.

In their lyrics, The Interrupters keep things punchy and straight to the point on In The Wild, even going as far as to break the fourth wall on ‘In The Mirror’ with the line ‘Took me two years to write this song / I wanted it perfect, no wrinkles in it”. At times, this style borders on oversimplified, but for the most part, it matches the succinct force of their instruments.

In The Wild features more collaborations than we’ve ever heard from the band. Rancid vocalist and frequent collaborator Tim Armstrong and 2 Tone legend Rhoda Dakar appear on ‘As We Live’, the most overtly ska track on the album. Aimee Interrupter’s rougher voice combines beautifully with Armstrong’s distinctive vocals and Dakar’s more soulful style; a near-perfect fusion of past and present ska punk. Elsewhere on the album, ska/reggae band Hepcat and English reggae-punks The Skints collaborate on ‘Burdens’ and ‘Love Never Dies’ respectively.

Coming in at 14 songs, In The Wild is a lengthy endeavour. As we approach the end of the album, the songs don’t pack the same punch as they did at the beginning. The Interrupters are renowned for their high-energy songs, and it becomes difficult to keep up that momentum over such a long album. In any case, In The Wild is certainly a shot of fun, without compromising the depth of what they’re singing about. 2022 might not be the peak of ska punk, but The Interrupters show that this vibrant fusion isn’t going anywhere.

Haiku:
In The Wild shows us
The past, present and future:
Ska punk’s here to stay.

In The Wild is out this Friday, August 5th via Hellcat/Epitaph Records. Pick yourself up a physical copy via the band’s webstore, and pre-save it on the streaming platform of your choice here.