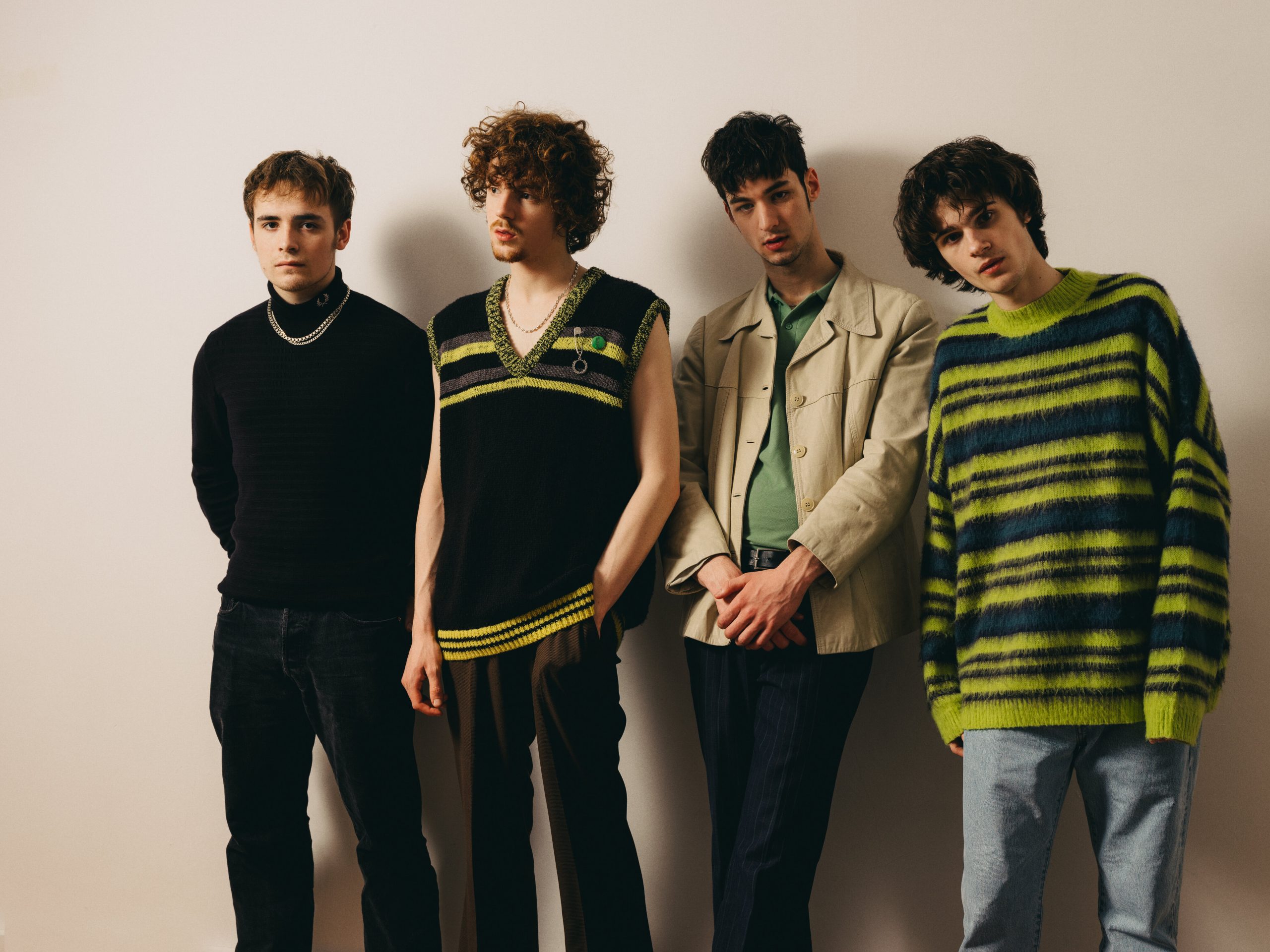 The Lounge Society are tired of liberty

A long-awaited debut album from a much-celebrated young band, The Lounge Society’s Tired of Liberty is an unusual one – in the best way possible, of course. Talking to Herbie May, the band’s guitarist (and sometimes bassist, but more on that later), over a dodgy Zoom connection, it’s difficult to discern whether the band made their debut album, or it made them.

“We completely lost ourselves to the recording process,” Herbie recalls. “It didn’t stop in the studio – we’d go back to the accommodation just us four and realise the next day what we’d be doing. Even when we weren’t working, we were watching documentaries about John Lennon and all these inspirational people just to keep us in that zone. It was definitely the most hard-working we’ve been.”

In the studio of Speedy Wunderground’s Dan Carey, Herbie and his bandmates Cam, Hani and Archie threw themselves and all their nervous energy into creating something intrinsically The Lounge Society. Having first worked with Dan back in 2020, they were now much more comfortable and thus much more liberated by the prospect of crafting something that would come to represent so much for the Hebden Bridge natives.

“All of our musical lives have been leading up to a debut album,” says Herbie. “We compare albums of our favourite bands all the time – we’re always ranking them in the pub, track by track from 1 to 10. We suddenly realised that there is a possibility someone will put our work under that kind of scrutiny.”

That self-inflicted pressure left no room for error, then, in their eyes at least. Thus, there was no choice to attack the making of the album with absolutely everything they had in them. The result is a pyretic whirlwind of frustrated energy – anger at the world around them and a maddened need to put those infuriated thoughts to a revolutionarily raucous soundtrack. Sometimes, though, it seems that those songs spilled out of the band, their compulsion to be heard so strong they emerged fully formed.

“’No Driver’ seemed to have a mind of its own – I think a few of our tracks did that,” Herbie muses. “Some of them are very specific and we have a lot of control over them. ‘Burn The Heather’ or ‘People Are Scary’, sonically they’re righter. With ‘Generation Game’ and ‘No Driver’, they’re quite chaotic. There’s a lot going on so they grow and take their own direction.”

‘No Driver’ is far and wide the album’s most astounding track. It pushes at the edges of how far things can be pushed before they crumble, an encouragement to let go to complete abandon. It’s nihilistic and carried away by unabating guitars, stirring a feeling deep in your stomach to just let go. Various lines of thought whirl under its surface, creating a track that shouldn’t slide into place so satisfyingly and yet does anyway.

In part, that’s due to the inherently collaborative process The Lounge Society favour. Having known each other since school, they’re at a stage where their bond is instinctual and constantly changing.

“Because it’s the four of us, you can definitely hear those quite different ideas going on under a song – that’s why sometimes they don’t completely agree with each other. If someone asks, ‘oh, what chord do you go to there?’, two of us might give different answers. It means that when we’re putting vocals on top, melodically they could go anywhere. It’s freeing. It means there’s no right answer.”

Though some things remain constant (Archie is the sole drummer of the band, for example), between Herbie, Cam and Hani, there’s no telling who might be on guitar and who might be on bass at any given moment. Switching up their line-up consistently no doubt contributes to the whiplash-inducing quality the album has; despite the inherent trust and faith in each other it requires, it continually introduces new flavours into the album. The melodics of ‘It’s Just A Ride’ transform it into a humming but impassioned beast. Elsewhere, tracks like ‘North Is Your Heart’ have a brief levity thanks to a more jangly approach.

The only song from their previous discography to make the cut on Tired of Liberty was ‘Generation Game’ – even then, they felt the need to reinvent it almost entirely. First released in 2020, the newest form of the sprawling, snarling commentary on the pervasive, depressive political state of the UK puts the band’s development on full display. It’s tighter, with their anger coming to a boil, refusing to be diluted.

“The first thing we ever did with Dan was the first version of ‘Generation Game’,” reminisces Herbie. “I don’t think I’ll ever forget the moment in the studio when we first got the final tape of the first version in early 2020. We finally got the opportunity to make a record, we were very young and very nervous and that bit at the end of the song where it just drives, drives, drives to a dead stop…the silence in the studio knowing we finally had the right version was so moving.

“The re-record this year made me nostalgic for that first time because it was the last thing we did on the record. There was a lot of emotion being poured into it – it’s a more raw version of the original, and much more musically mature. It felt like a very nice way to round off the album. We knew this was potentially going to be the last note, so we were putting everything into it.”

On ‘Last Breath’, the band repeat ‘I will spend my very last breath singing…’. Speaking to Herbie, it seems to be a sentiment that the album embodies. You completely get the impression that The Lounge Society would have worked on Tired of Liberty until their legs gave out – let’s just hope they saved enough energy to deliver another album as impressive as their first.

The Lounge Society will release Tired of Liberty this Friday, 26th August via Speedy Wunderground. You can catch them at various in-store performances listed below celebrating the release, in addition to Float Along Festival in September. Get your tickets here.