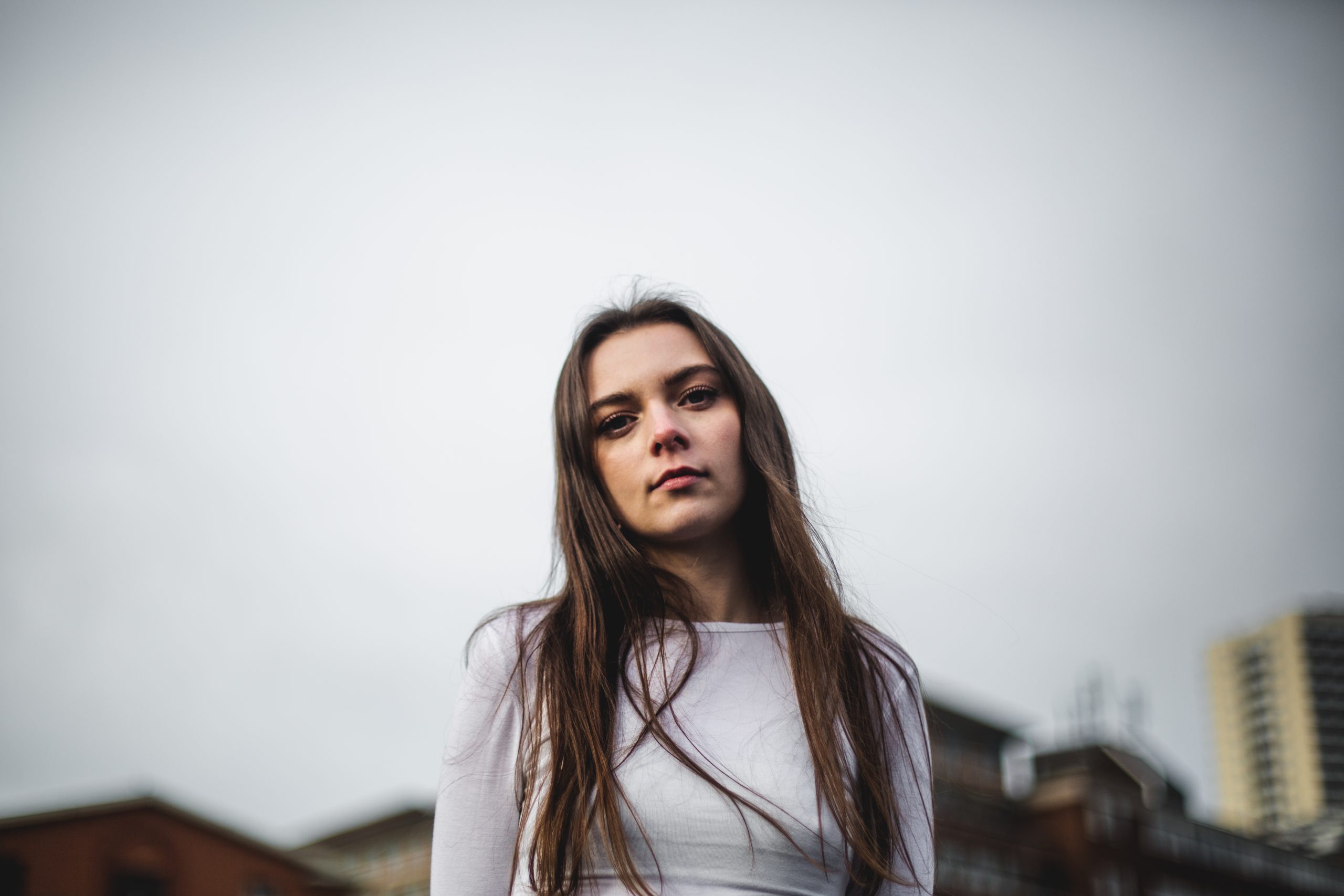 Jodie Nicholson is a singer-songwriter who first popped up on our radar after the superb single ‘Move’ back in 2020. Here, we ask the artist to reflect on her 2021 EP Can’t Escape the Feeling: a deeply personal release, laden with honesty and grit.

Jodie will be performing at the next In Transit showcase on 28th September in Shoreditch, pick up your tickets HERE.

Be Back Soon was the song on the EP where I thought ‘this is me’ and felt like an anchor to the whole project, the perfect middle-ground between all the different facets of my sound. This was a really special song to develop; I played my dad’s electric guitar on it (the first time it’d been played in 20+ years!), I drove my best friend and fellow North East artist, Nadedja, to Leeds to film a music video on her iPhone, which I spent many long days/nights editing for the final thing, and it was the first glimpse of new music anyone had heard from me in a while. This song will always remind me of that pride and excitement from listening to the first mix, hearing it on radio for the first time, the resurface of all those feelings, knowing that the rest of the EP was still to follow.

Why Would You (Go)

Easily the most complicated song I’ve ever had to articulate in the recording process. WWY(G)’s three time signatures and alternating tempo changes definitely fried Tim Bran’s (producer) and my brains a bit! This song was and always will be a weird ode to my little black Corsa and the many times I’ve driven in it, balling my eyes out and/or talking to myself as a way of processing the cacophony of thoughts in my head. I remember one day deciding to record a voice memo on my phone of a short drive to lay underneath the track and being ridiculously chuffed that temporary lights were up on a busy road, meaning I got to wind the window down to get some cars going past, and I caught a motorbike(!!) – thrilling stuff.

WWY(G) reminds me of really magical support and festival slots. The moment the beat kicks in after the first chorus, it’s when the audience’s faces light up and people start moving their bodies a bit! I think, because it’s quite a complex song and it’s taken a LOT of practice to get right (in every form for a live setting, including solo), it’s the one song that signifies how much we’ve grown and become tighter together as a band since we first started playing, and how much confidence I’ve grown playing solo. It’s really rewarding witnessing those things one year on. Also, there’s a particular moment where Joe, Harri and I sing ‘you’re all I’ve ever wanted’ in three-part harmony and it’s without a doubt one of the most satisfying, glorious moments when we play it as a band.

The song that landed my first ever editorial playlist on Spotify! It’s not all about streams, I know, but it’s a huge milestone as an independent artist. Hilariously, there was some debate over making a radio edit, assuming that it was too long for radio (sitting at a solid five minutes!) and, after that toing and froing, the radio edit hasn’t been touched once since its creation. It’s had spins on BBC Radio 1 and BBC Radio Ulster in full!

Second Sun in particular has created so many special memories since being out in the world and playing it live. In November last year, my band and I were in one of our last rehearsals ahead of our first show together headlining at Sage Gateshead (no pressure ‘ey). Mid-way through playing this song we had to take five because I got very choked up, it sounded SO beautiful and better than I ever imagined it could sound live. It’s one of our most-loved songs to play together. Also, there is a very loose dance routine for the chorus pioneered by Harri, which we all agree was a slight moment of madness for the four of us on our final day of tour.

This quickly became the ultimate opener and tone-setter for live shows, especially when I’ve played shows solo. I love opening with this because it’s pure, vulnerable and uncomplicated, just my voice and a piano/keyboard. There’s something about sinking into those first few lines that make me feel at home on a stage; without it, a set feels very weird to me! Midnight has always been a bit of a dark horse, I think, because even though all the other songs on the EP are so elaborate and complex in comparison, this is the one that’s come into its own in a live setting and connects me with people the most.

Listen to Jodie Nicholson on Spotify or Apple Music