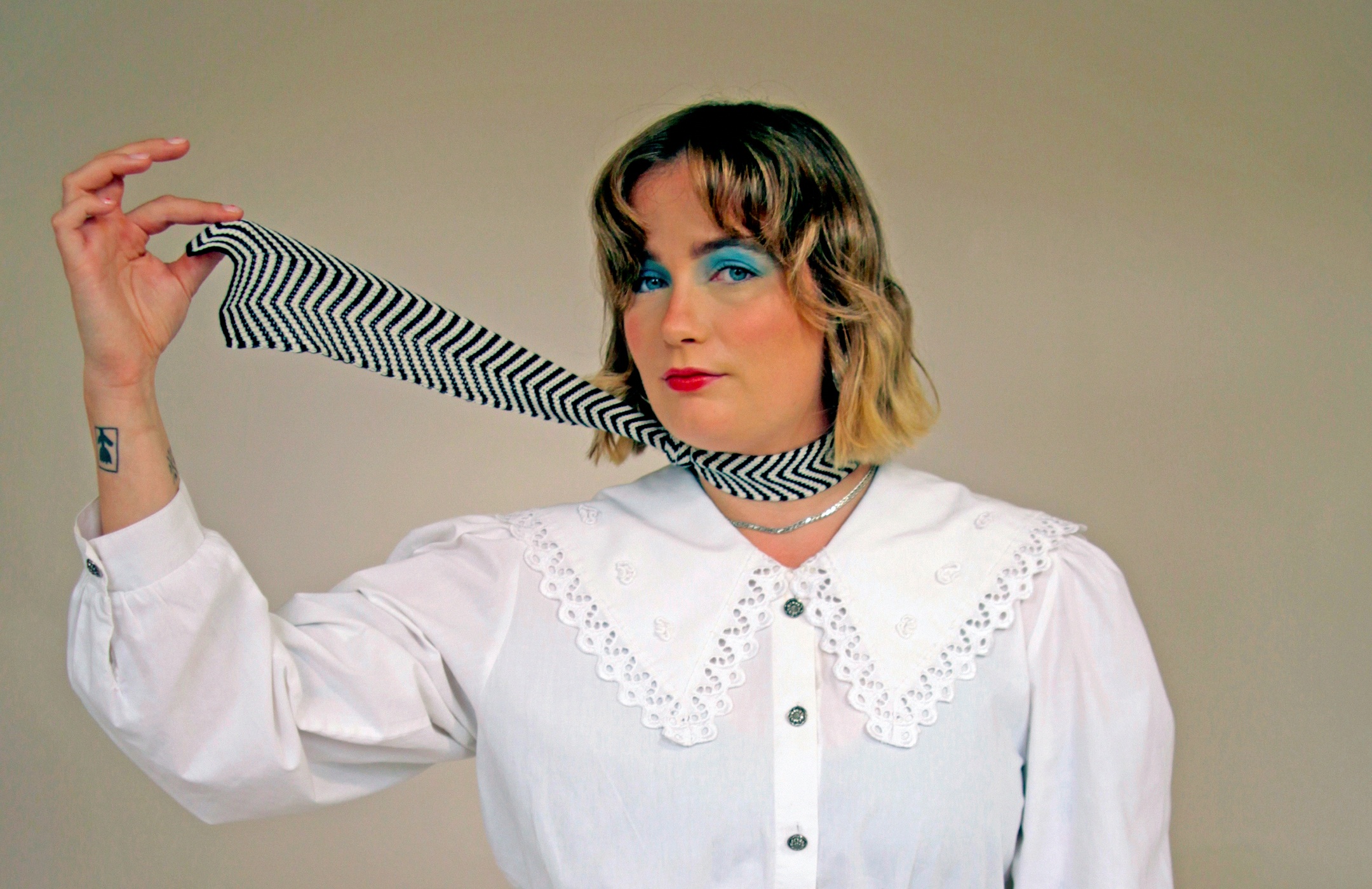 Katy J Pearson on the sound of the morning

The incredibly humble Katy J Pearson has seen a rise over the past two years since the release of her debut album, Return. Now, she has opened the floodgates with her follow-up, Sound Of The Morning. Her voice remains as sweet as ever as she tackles things that have attempted to sour her: despite having such a dreamy feel, she is firmly in touch with her reality.

“I’m very happy with how [Sound Of The Morning] has been received,” she points out, sitting in her parents’ frontroom. “It’s been amazing compared to last time because my first album came out during lockdown. To be able to promote by going to different places has been a whole different vibe!”

Sound Of The Morning is indie-folk for the soul, from the more upbeat yet eerie themes of ‘Howl’, to the sombreness ‘The Hour’ possesses. The album distils its confidence within you, Katy’s piercing voice a guiding light in the fog throughout. She is the epitome of wholesomeness, and that counts for her aesthetic as well – the cottagecore waistcoats she wears exaggerate this nicely.

She is, however, quick to express the uncertainty of being an artist, accepting that she just had to hope that people would enjoy her first album – they did, by the way – but a lot has been learnt since then. It’s still stressful, she says, but now she has a much more measured approach.

“I’ve been doing this for eight years now and I think you just choose when to listen to someone or not. It’s taken me a really long time to get to that point,” she admits. “I used to be such a doormat.

“There are a lot of people that think they know better than you and are so egotistical even when it’s your own work.”

Katy has gained a lot of confidence over the years, all while having to stand up to male producers particularly when they’ve mistook her thriving passion for music for being upset, and being condescending by asking if she’s okay when she expresses these emotions – it’s basically the typical trope of ‘a woman must be manic if she voices an opinion’. In the wise words of Tayce, “the cheek, the nerve, the gall, the audacity and the gumption…”

“There are certain men that I work with who really need to think about what they’re saying. If those things got out, it would be over for them. I’m getting better at just saying ‘fuck off’!” she laughs.

Unlike Katy though, it seems hyper-famous pop stars are a lot more complicit and happy for people to make their decisions for them, as if there’s a lack of integrity.

“It’s sad to see, because I do respect a lot of them for their hard work, but it’s frustrating when you do see the people who write their own songs struggling massively,” she laments. “Some people say that they just do what they’re told by others and I just think, ‘Oh my god! There’s so much wrong with that.’”

It’s clear now that Katy is a highly-expressive person. She sighs, and I realise that we’re almost gossiping. She’s at ease – what you see is what you get – it’s how things should be. Despite that, she gets lost in the rant before knocking her power bank off the armchair she sits in. (‘Lost in the Rant’ definitely fits the criteria for a Katy J Pearson song title… just off-the-cuff enough.)

Swiftly we get back to our regularly scheduled programming, and we start to talk about the soul of the industry: the independents. We mention Alcopop!, an independent label, and the adversity they’ve had to face despite having some of the best acts around alongside them.

“The amount of work that independents have to put in is ridiculous. They work so hard – majors do as well but, you know. I feel so relieved to be on the independent side of things, you automatically have more control over your own work.”

On the subject of working in an industry that can be surprisingly isolating, despite being so vast, we find comfort in communicating with industry friends and peers. It’s important to have a support system, for example Katy and James from Yard Act, beloved by so very many 6Music dads, are as tight as it gets and they’ve even interviewed each other recently, which she recalls fondly.

“Doing what we do is amazing and I wouldn’t change it for the world, but there are certain aspects that are isolating,” Katy admits. “You don’t want to seem ungrateful but it is hard and a bit shit. You might not want to play in front of all these people because you’re feeling anxious and low, but you have to pick yourself up because if you don’t do that then you’re not going to progress.

“It’s really important to have people like Yard Act and Orlando [Weeks], who’s a really good friend. I’m really lucky. It’s not an exclusive thing at all – it’s not like someone who isn’t in music can’t talk to us, but it’s nice to have someone we can talk to who understands our problems. We’re just humans.”

From here, the floodgates open on the difficulties and toxicity around being an artist in the music industry; Katy talks of a time where she says she did 12 shows in a row. As someone who doesn’t tour, it’s easy to disregard a feat like that — plenty of people have to work countless days on the bounce, but touring is unique if for no other reason than constantly being surrounded by substances — ones that can be abused pretty easily.

“The more you [tour], the more people expect that you can just do it. I played Wide Awake and straight after I burst into tears. I was just burnt out and felt really overwhelmed playing in front of all of those people.

“My songs are very emotionally vulnerable and come from my own personal suffering,” Katy explains, almost laughing at the fact, playing air guitar to mimic herself on stage at the shock of what she does.

“I’ve got like 23 or 24 shows in September, but I’m ready for it! I’m just going to go sober, I think. Before you go on tour, you don’t know how you’re going to react mentally to it – sometimes the wholesomeness can just slap you in the face.”

If not for Katy J Pearson being so self aware and conscious of the path that she’s on, her music wouldn’t have the wonderful intentions that it does. She followed up an amazing debut album with a second that is just as emotionally vulnerable and equally beautiful. The only thing left is to wait and see where she takes herself next.

Pick up a copy of Katy’s lovely new record, Sound of the Morning, over on her Bandcamp page.