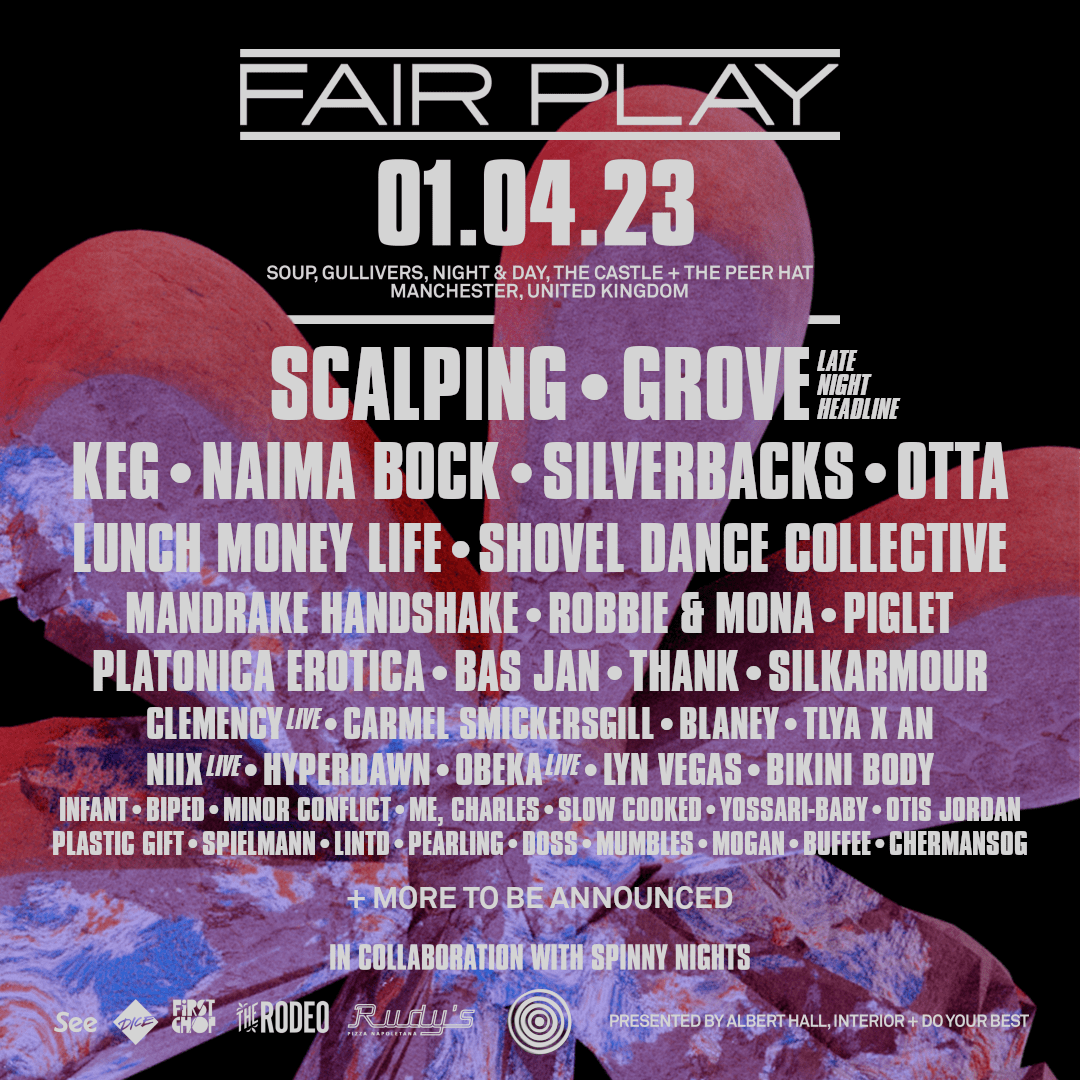 Fair Play has announced its second wave of artists featured at the one day festival, taking place in Manchester’s Northern Quarter on 1st April, 2023. The Rodeo has partnered with the festival once again, so expect more updates as the event draws near!

The second edition of the event will be even bigger than the sold out, inaugural festival last year, adding a new venue with the long-standing Night and Day Cafe joining venues SOUP, Gullivers, The Castle Hotel, and The Peer Hat in hosting.

The festival aims to hold itself to its name, creating a fair playing field for artists with a diverse and accessible lineup that is inclusive of genre, gender, sexuality, race, and beyond.
Early bird and first-tier general release tickets for the event have already sold out, but second-tier and low wage tickets are now on sale. More information about the festival and tickets can be found at https://linktr.ee/fairplayfest.