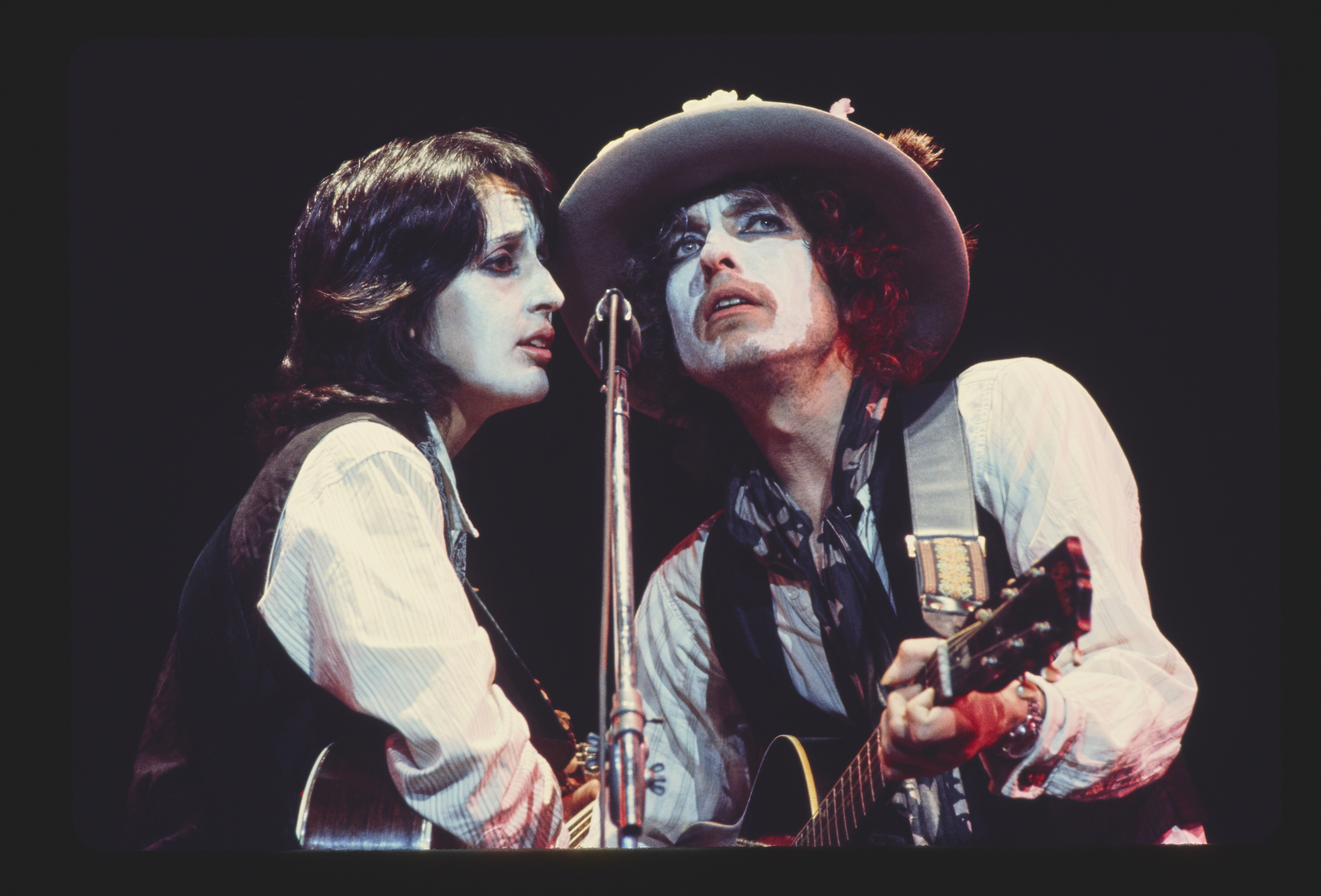 Dylan is mythical, he’s a chameleon, the ultimate trick of smoke and mirrors. The new film by Martin Scorcese is no exception to this rule, and neither is this review. The subjective is the best way to explain the subjective so here’s a prose poem.

In the mythic gypsy theatrics of mad filled nigh-time nights, where the Romani furls and redcoats and black dresses meet feathered bands of faces of white and masks of plastic
the caravan of shadows makes busy with song and dance,

With fiddles in violin cases, silks amongst wools, the ghost of Bicentennial America is born
and passes away on-stage in red, white and blue,

The subjects embody objects embodying characters, moving between darkness, between
light and between being,

In a communal concert of phantom consciousness, they make peace with natives who too have known nothing but chaos under the moon,

Hats frame the figures, frame the souls, frame the faces of purity-on-show, people appear platonic in front of youth and tomorrow,

All are looking for transcendence in an old-time carnival caboose but old America is dead,
Guam and thunder shattered commandments, the travelling circus of smoke and
mirrors has arrived,

The terse tonguing in the dark of voices which rise and fall on the brink of asphyxiation
makes shake flowers from the brim,

From 10 square feet of concrete a fighter whose round end never came hits out at murder,
listening to the proceedings outside his iron bars,

Outside the auditorium clowns and dummies ask questions of God in diners and cafeterias,
“who is he? Why him? Why her? why me? Why us?” Wishing they too had a stub,

Inside, cool electric lights cut figures of orange and black as Ginsberg rolls in laughter and in
love, exclaiming “he’s a column of air that Muhammed himself could not have
conjured”,

The king-on-stage stands skinny and dark, crippled over his instrument as if to cradle and
crush it at the same time, staring down his subjects screaming “You can only tell the
truth wearing a mask.

Sweat like acid melts skin from his cheek, drip drip dripping off of a point, and a pair of
yellow eyes meet white-face that hides the hidden self,

“There is truth in lies” he speaks, “in masking and unmasking, in performing and reforming,
a freedom of expression that only limitations can create.”