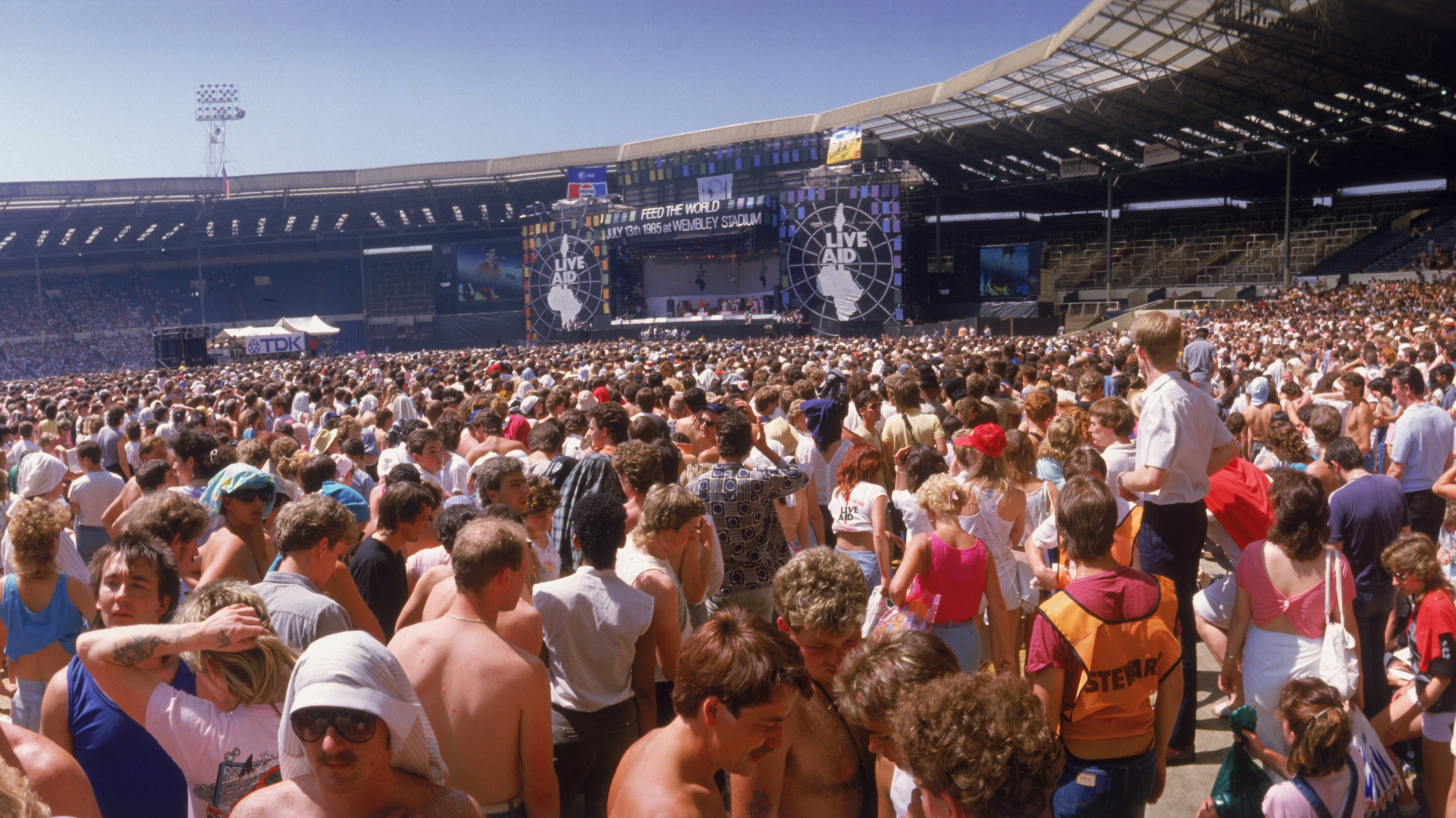 Gary Barlow in latex, Yoko Ono screaming and the biggest voice break I’ve ever heard, what more could you want?

Gigs can be memorable for a lot of reasons, good and bad. A pint of piss being thrown, some horrible stage banter, a singer’s tantrum mid-set. But nowadays it’s all caught on some form of media. So I thought I’d compile the worst (but funniest) performances I could find on YouTube.

0:00-0:40 – The anticipation is building. 4 people are playing violin on stage. Kevin Rowland, lead singer, stomps his white trainers passionately whilst doing an odd nazi-Esque arm windmill. The shirt comes off. Everything it seems is going well.

0:40-0:56 – Kevin is already struggling. His vocals are beginning to show signs of strain. One voice break is clocked at 0:48 foreshadowing what is to come.

0:56-0:58 – Pushing on Kevin increases the volume of his voice in an attempt to get out of his woeful start. Nervously he sways his arms by his side. A quick camera cut to the left and there it is. The big one. His voice audibly shatters right as he tries to go for it. He’s in bits. There’s no coming back.

Jack Nicholson with eyebrows shaped like a seagull flying straight towards you, introduces “one of America’s biggest voices of freedom, the transcendent Bob Dylan.” Dylan comes out wearing what appears to be a second-hand captain jack sparrow outfit, complete with a single dangling earring and beads of sweat dripping from his forehead. “Let me introduce errrr….” he trails off mid-sentence looking bewildered “…Keith Richards and Ronnie Wood”.

Dylan himself is terrible. His rebellious streak—which often changes melodies for no real reason—does so to the point where no one knows what song is being played, including those playing it. Mid-way through, bewildered and probably angered by how shit it’s going Dylan shouts, “KEITH RICHARDS,” before Keith—who’s now been called out of the blue to rescue this shitshow—performs a completely inaudible solo. Brill, nice one Keith.

The performance ends with the three of them pulling some eccentric swinging movements with their guitars and calling it a night. Amen.

As soon as this hits 1:50 you’re in for a treat. Yoko Ono, who’s been stoically smashing a drum until this point, decides to take to the mic and let loose, causing complete havoc.

Yoko shout can only be described as the sound of a car screeching played through an office fan. The wailing immediately makes Chuck Berry’s eyes flare. Again to be clear, Yoko sounds like she’s passing a kidney stone. Chuck, now panicking, resorts to a desperate attempt to keep the gig on track and starts his signature solo hop. The remaining two minutes of the opener is a shambles.

When the first song ends, John leaves the stage and signals to Yoko “come on, let’s have a word,” pulling her off stage. When they come back, everyone in the room is spared when some silent hero off-camera decides to turn Yoko’s microphone off. Regardless, Yoko continues to wail—at least this time it’s silent.

Another notorious shit show from Live Aid. First of all, let’s start with the vocals. Robert Plant is a complete one of a kind voice, there’s nothing like him—except that copycat guy from Greta Van Fleet. But, Jimmy Page, he is not one of a kind. He is your dad singing the same verse over and over again because he doesn’t know the words. He is the sound of a low electrical hum you’d get off an air conditioner.

The first time the chorus comes around it’s obvious that Jimmy’s fucked it. He’s way out of his comfort zone, and is again sweating profusely—Philly must have been boiling at the time. Regardless Bob Plant keeps prodding him to sing, hoping that Jimmy might be able to brush off a bad start. But no, he can’t, and each time Jim gets thrust the mic he’s set up to fail.

The other big clanger is the drummer, a port looking gentleman in white linen who goes by the name of Phil Collins. Collins butchers nearly every beat in the song. In 1985, John Bonham had popped his clogs—or ‘shook a seven’ as my grandad says—so he had an excuse for being late, but Phil Collins is literally never on time for the whole performance. And, ironically, the Gorilla from the Cadbury’s advert could have done a better job.

Get our latest magazine HERE.