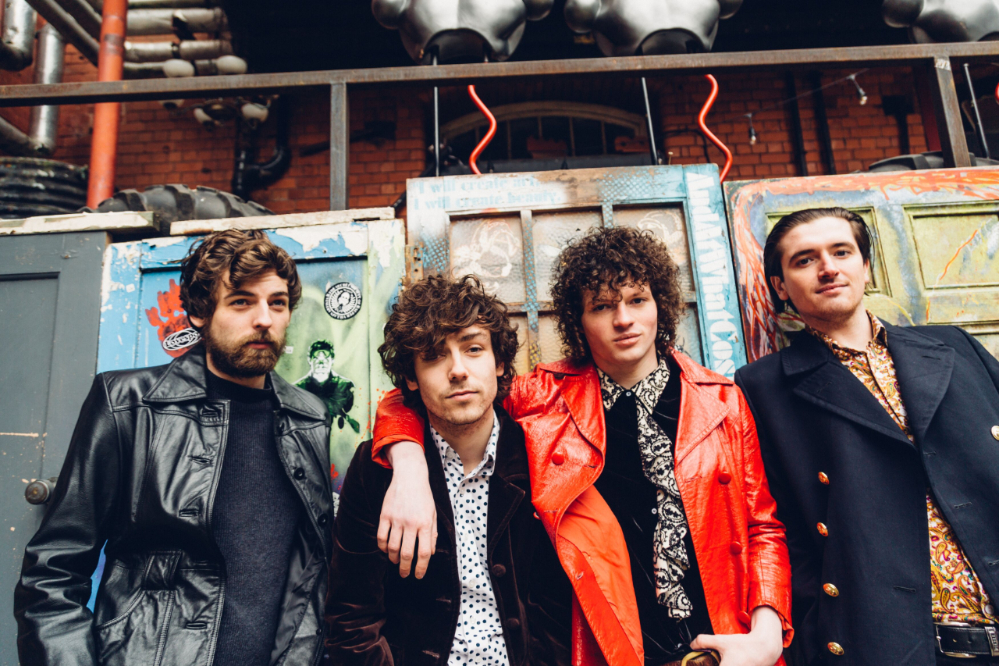 Little Triggers pull shots with new LP but what else can be found down the barrel of their guns? We thought we’d find out for you, so you don’t have to sit there doing that thinking thing.

First, the name, is that an Elvis Costello reference? What’s the story behind it?

We were looking for a cool name for the band and Tom, our frontman, was looking through a pile of his Dad’s LPs when he saw the name of a track on the back cover of the ‘This Year’s Model’ album and thought “we’ll have that!”

What was the first album that stuck with you guys growing up? How’d you think that has influenced what you’ve come to write?

Who’s got the worst and best first ever gig experience? Any Coldplay in there?

No chance! We’ve all seen some dodgy tribute acts though!

What’re your views on the label “rock”, it’s becoming a bit of a dirty word like “country” nowadays, but you guys seem to relish in that?

Our take on it is that we are proud to be ‘purveyors of the new rock n roll’. We want to clearly differentiate ourselves from the indie ‘landfill’ of a few years ago.

Rock can also be quite a serious thing so surely you have some guilty pleasures that you relax to?

Ha ha. Our guilty pleasures go from Abba to Thrash Metal and a bit of a band sing-along to some Elvis Presley.

Before a gig, Keith Richards once refused to play because his security team hadn’t gotten him his pre-show Shepherd’s Pie, have you guys got any strange pre or post gig rituals?

Apart from always downing as much free booze as we can after a gig, then no we haven’t any strange rituals.

Have you got any funny or crazy stories from the road?

We were nearly arrested on our recent French tour when we got caught up in the middle of a gilets Jaunes (that’s yellow vests to the rest of us) demonstration in Amiens. We thought we were being clever going up a little back street but coming straight for us was an armoured car full of riot police. This huge guy in complete body armour stepped in front of the van and waived a very big riot stick at us, screaming in French. We got out of there pretty fast.

We were nearly arrested on our recent French tour when we got caught up in the middle of a gilets Jaunes (that’s yellow vests to the rest of us) demonstration in Amiens.

If the merchandise moguls had you make a bumper sticker for the band and the album on which you were only allowed 5 words, what would they be?

If you could collaborate with any musician, dead or alive, who would it be and why?

Jamming with Hendrix would be amazing. He could teach us so much about everything really.