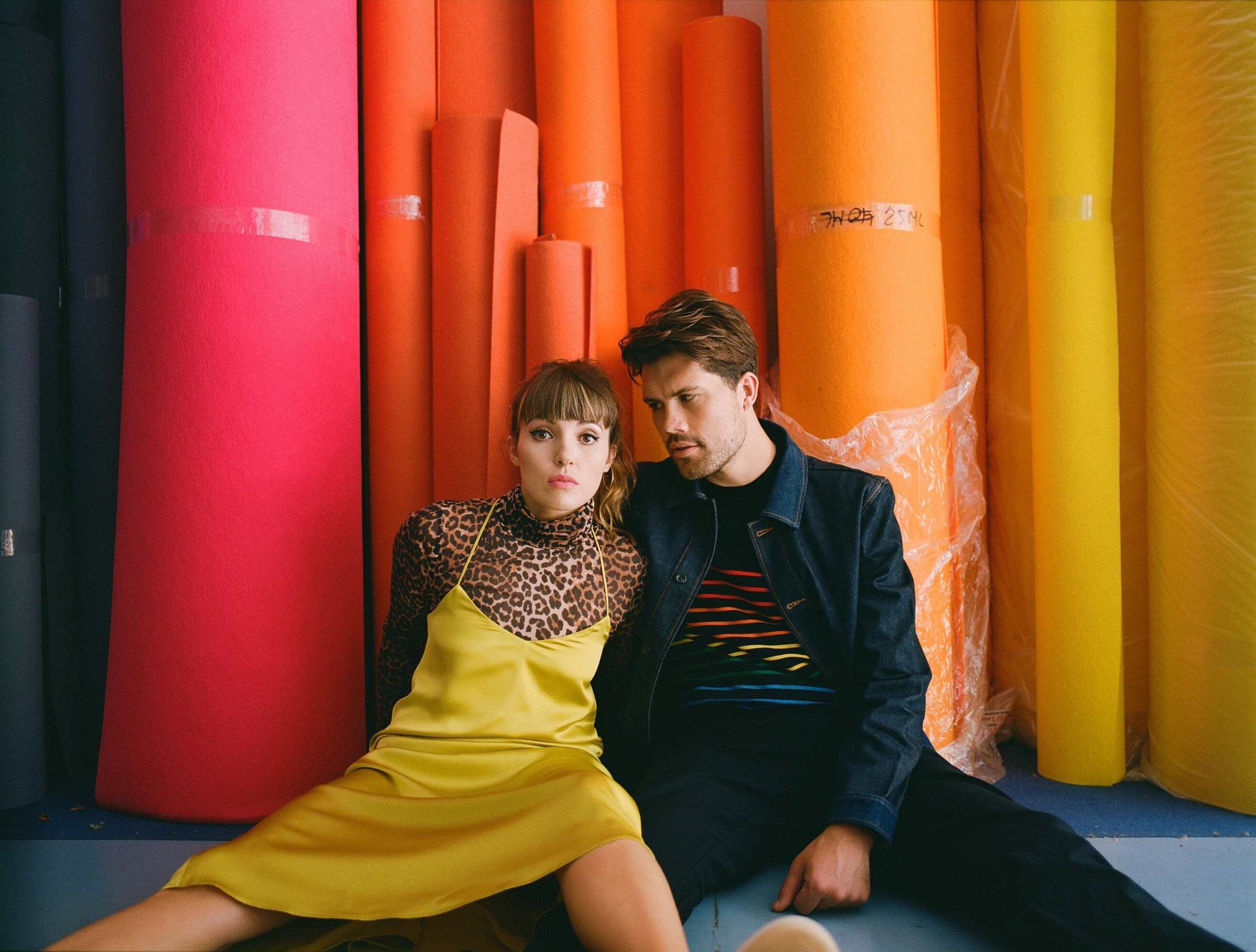 The weekend has (just about) arrived. Work has been a drag, again, and the thought of doing it all over again come Monday turns your stomach to concrete. We hear you. Stick the kettle on, untangle those headphones – it’s time for a little Friday TLC, and it starts with some new-music therapy.

Charli XCX ft. HAIM – Warm
Another big collab from Charli; this one’s a big purple pop tune. A lil cheesy, and a smidge too annoying to play twice in a row, but probably still a good addition to the last of your summer playlists. Would be crap without HAIM, as most things are.

Club Paradise – Closer
It’s gotta be hard to be nostalgic when you’re in your early 20s, but Club Paradise keep knocking it out of the park. ‘Closer’ is a predictably incredible electro-infused banger that we’ve listened to safely 84 times. It’s lush. They’re lush. Lush.

Griff – Didn’t Break It Enough
God, if this isn’t the feeling of youth heartbreak summarised, I don’t know what is! The melodic smoothness of Griff pleads a pain we’ve all felt, and does so in such a sweet, swaying way. Griff’s heart might be broken, but, after a singalong, yours feels a little bit warmer.

Courteeners – Heavy Jacket
With a heavy heart I listen to Courteeners’s new heavier-than-their-norm rock track. Liam’s a little lost, it sounds a bit average and repetitive, and carries hints of the ANNA album. Could do better.

Get Cape. Wear Cape. Fly. – The Unconventionals!
GCWCF are backing the eccentrics here, and we’re all for it. Go on, show off your secret love for organ music. Buy that ridiculous feather hat. Get a pet spider. You’re safe here.

King Nun – Black Tree
Think charcoal thunderclouds and piercing moonlight. Think dark, sticky treacle crawling down the side of the tin. King Nun have created something that is haunting and reflective, like shining a torch on the shadowed corner of the garage we’d rather pretend wasn’t there.

Molly – Brick By Brick
A track to dust yourself off and pick yourself up to. Screw those who put you down, Molz wants you lot to believe in yourselves and achieve what everyone tells you you never could. Keep on keeping on, it’s always sunny after rain.

Noah – メルティン・ブルー (Melting Blue)
It’s Miami, 1986. PI Tom Selleck is on his speedboat about to hunt down some no-do-gooders doing a drug deal with a Cuban cartel. He’s in a double-breasted suit jacket, Jacob Rees-Mogg style but cooler. He’s ready for a fight, the sleeves are rolled. As the floral shirt collar is out, so is his revolver. It’s vice baby, all vice.

Oh Wonder – Hallelujah
This exceeded all expectations: what was presumed to be another washed-out, wispy few minutes of heartache turned out to have some real weight behind it. Naturally, the classic Oh Wonder harmonies are still a prominent feature, but I’m pleased to say ‘Hallelujah’ packs a punch.

Pizzagirl – dennis
A sweet tale of lost love. Catchy as ever, the background brass is a great addition – this Dennis geezer ain’t got nothing on you, Pizzagirl.

Sam Fender – The Borders
With ‘The Borders’, Sam’s confidently strutting out of working-class-hero territory and straight into certified stardom. It’s easy to forget this is only his sixth single from an album he hasn’t even dropped yet. It’s still full of Northern moodiness, but it’s a sign of even bigger things to come.

Soundwalk Collective with Patti Smith – Eternity
Well, we have Sufi chants, an African practice of cleansing one’s soul, a drum machine, of course, and Patti Smith reading a Rimbaud poem – why not? It’s different but draws you in, almost like a meditation session, it’s a catharsis and release.