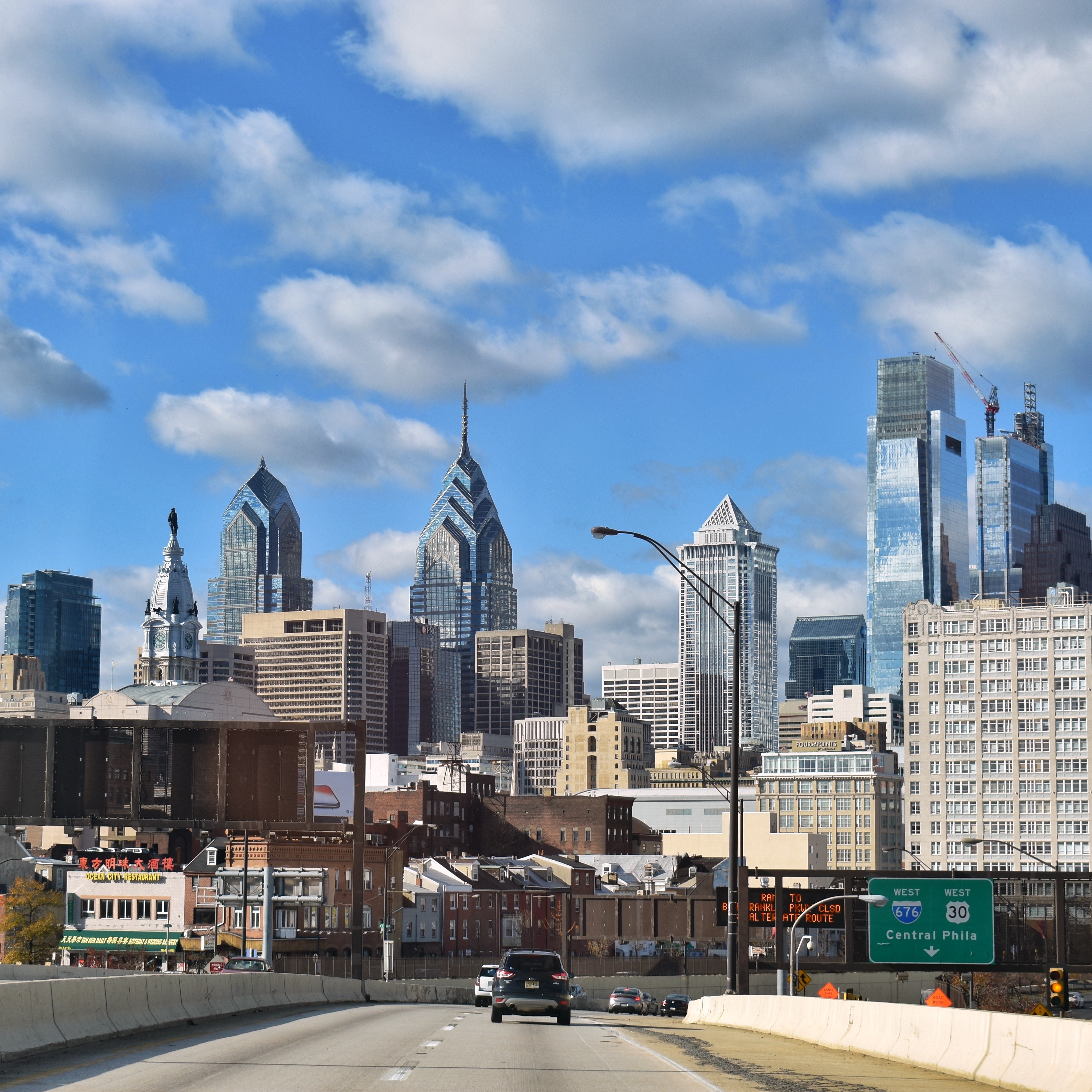 All around the States: Philadelphia

This week in the United States, we’re currently taking applications from foreign countries to meddle in our next election which is roughly 14 long months away. If you’d like to apply early, hit up @RealDonaldTrump on Twitter with your country of origin, blood type and race and we’ll get back to you shortly. In the meantime, we’re also continuing our trek around the country to find the best of the best in underground music. And because there are almost as many great underground artists as there are Democratic presidential candidates, The Rodeo is here to help sift through the rubbish.

For this second instalment, we’re going to travel to Philadelphia, Pennsylvania, a city best known for the Liberty Bell, cheesesteaks and Paddy’s Pub. It’s also home to a bangin’ music scene, rich in history. Heavy hitters including (but not limited to) Hall & Oates, Boyz II Men and Erykah Badu called Philadelphia home. The same goes for indie-rockers The War on Drugs, who would have been on this list of bands-to-know had they not won a fucking Grammy last year. Point being, Philly’s got a lot of life left in it. So without further ado, here are five – of many – acts you’ve probably never heard of and should immediately get acquainted with. Gritty insists.

THE MENZINGERS
If you want proof that pop-punk is still alive and well, look no further than The Menzingers. This Philly quartet isn’t just one of the best pop-punk bands around, they’re one of the best bands around period. They’ve always been an interesting band in the scene, however, they truly hit their stride with After the Party, my personal favourite record of 2017. Their new album comes out in early October, and based on the singles, it’s shaping up to be just as catchy, nostalgic and fun as the last. If you’ve yet to listen, this is the perfect time to discover them – they’re at the absolute top of their game.
Feature Track: ‘Your Wild Years’

KAYLEIGH GOLDSWORTHY
You may not know the name, but there’s a good chance you’ve run into her over the last decade. Goldsworthy has shared the stage with acts like Foster the People, Chuck Ragan and Frank Turner, as well as lent a hand as a session musician to countless other acts. Back in 2013, she released her first and only full-length, which was a lovely blend of lush Americana. The only thing we’ve heard since is an all-too-brief EP – last year’s All These Miles – which showcases quite a sonic shift. Remember when Dylan went electric? This is kind of like that. Part Julien Baker, part Josie and the Pussycats, Kayleigh has traded in her soft, country-tinged ballads in favour of ambient, sometimes fuzzed-out pop-rock. But fear not – the vocals are still as gorgeous and the choruses just as catchy.
Feature Track: ‘Stuck’

THE END OF AMERICA
The End of America is a folk trio channelling artists like CSNY and Simon & Garfunkel to an unreasonably successful extent. Hell, they even covered ‘America’ recently, AND did it justice. With harmonies this lush and gentle, it’s like the band is slipping a soft pillow beneath your head, insisting you take a load off. All three members of The End of America sing, each in his own unique style allowing for a sense of variety in the already interesting song structures and arrangements. These guys ain’t no Mumford & Sons disciples – they’re smarter songwriters than that. You just have to listen to understand.
Feature Track: ‘Break Away’

CAYETANA
Cayetana may have been born in the DIY corners of Philadelphia, but they would not be out of place in the bar scene of Brooklyn. Their sound has elements one could only describe as “cool hipster”, and I certainly don’t mean that in a negative way. Despite not having any formal musical training, their brand of lo-fi pop-rock is a recipe for unmitigated success. Sleater Kinney is too obvious of a comparison, but it’s also the most apt so I’m making it anyways. Think back to the basement shows you used to throw while your mum and dad were out of town – Cayetana would have been the band to book.
Feature Track: ‘Phonics Failed Me’

RESTORATIONS
Restorations may be one of the best discoveries I’ve made all year. They’re not quite emo. Not quite indie. Not quite punk. They’re just serving up a dish of well-crafted, rock-and-roll with a sense of emotion you truly can’t manufacture. Think of a “Springsteen graduate fed through an American Football filter”. Cool, right? They’ve quietly released four albums since 2011, all of which sound as if they’ve been made with an unhealthy dose of blood, sweat and tears. Long story short, Restorations should be a hell of a lot bigger than they are.
Feature Track: ‘Remains’