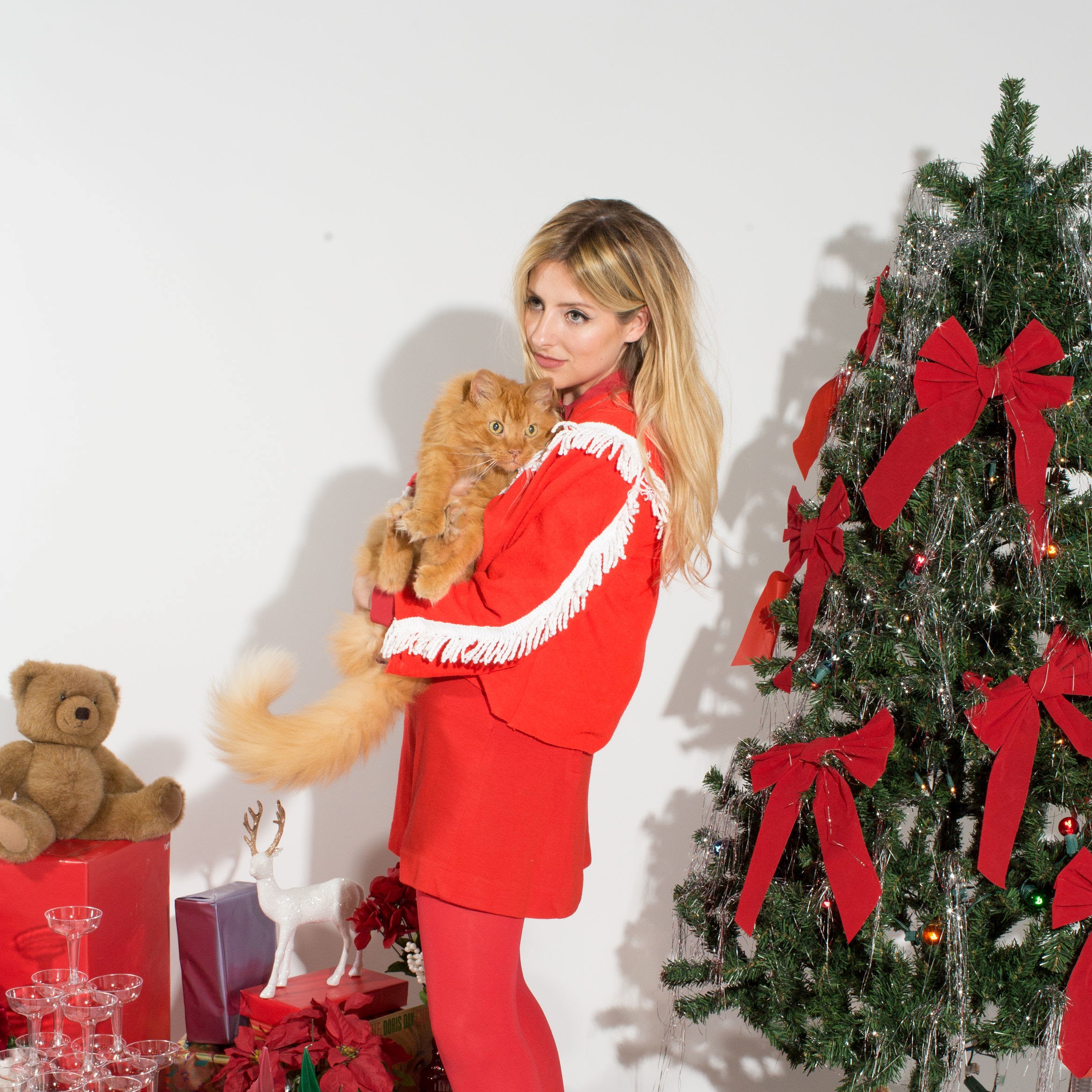 We officially have more new tracks than degrees Celsius.

TRACK OF THE WEEK:
Molly Burch – Last Christmas
The table’s set, roasties in the oven, guests are already three wines deep: it’s Christmas at Molly’s house. This jolly, musical-theatre-esque take on the George Michael classic has our spirits soaring ahead of schedule. Don’t be a Scrooge.

Alfie Templeman – Don’t Go Wasting Time
This is so D-R-E-A-M-Y; Alfie has such a way of creating that lazy Sunday morning feeling, and I just want to curl up and listen to it all day, even if it is only Friday. A perfect one to kick off your autumn weekend.

Bad Sounds – Sympathetic Vibrations
This track is everything: intricate, fun, the right kind of catchy – Bad Sounds have really bagged a good one here. Most importantly though, it’s groovy as fuck, and that’s what REALLY counts.

Bastille and Alessia Clara – Another Place
It’s a typical Bastille track. There’s a beat that just makes your foot tap, and the lyrics from Alessia really complement the track. It’s not that unique but it’s a solid pop song.

Camille Christel – Goldsmith Street
This track exudes a soft melancholic feel, fit with a music video to match. Just her fourth single to date, ‘Goldsmith Street’ is a short dip into something bitter-sweet; if you want to feel that weird kind of happy-sad, this ambient sound will do just the trick.

Feeder – Criminal
Britpop infused with grunge and, to be fair, it’s not half bad. Worth a listen even if only to rule it out – you’ll love it or hate it.

Gerry Cinnamon – Dark Days
This is a proper tune. Gerry’s infectious Scottish ring definitely sticks around after hearing it, and so does a tear – it’s a sad one, people, but a banger nonetheless.

Ian Roland & The Subtown Set – In The Darkness
Well this was a nice surprise. A little bit Belle & Sebastian, a little bit Decemberists, it’s a pleasant tune with plenty of warmth. I’m particularly fond of the string arrangements, which don’t sound the least bit forced as they sometimes can. The 3:17 trip somehow feels short, but it’s well worth the ride.

LORYN – Something New
Something new indeed – this time in the form of Canadian singer-songwriter LORYN making her strong entrance onto the scene. Pop at heart, the track holds back while still flaunting what this new artist has to bring to the table. Very excited to see what’s for the main course.

Omar Apollo and Dominic Fike – Hit Me Up
After this song premiered on Zane Lowe, Omar tweeted out “hope y’all r vibing” and trust me, I r vibing so hard to this. With its groovy bassline and easy coast rhymes, it just makes you want to buy a convertible, bop down the street, shoot cuties some looks and make everyone jealous of your rad ride. On paper, it seems like a simple single, but fuck, if it’s not a chilling anthem we all need.

Orchards – Sooner
Orchards are back with their response to ‘Single Ladies’ and I am so here for it. The music is sweet and chipper, and the message behind it is empowering as hell. Make it your alarm in the morning, I reckon it’d get you up in the best kind of mood.

Orla Gartland – Figure It Out
Gartland’s newest single, ‘Figure It Out’ is raw yet strong, with a ballsy twist unexpected from the Irish singer. If you need to feel energised in the winter weather, this is not one to miss; it features her classic ethereal voice, but the emotive lyrics will have you feeling sassy about your ex in no time.

Pinegrove – Phase
Modern indie-rock with a few splashes of The Wallflowers for extra flavour – that’s essentially Pinegrove in a nutshell. ‘Phase’ is one of the catchier songs the band has ever released, with a chorus as close to an earworm as they may ever get. While the hype may have died down significantly for them, they’re still cranking out some pretty impressive tunes.

Sam Smith – I Feel Love
You can’t improve perfection, but you can add a modern twist, a better production team and more LGBTQ+ realness than you can shake a groove thing at – and they’ve make it sound like Calvin Harris has snogged it. Love you Sam Smith, absolutely bloody love you.

Sports Team – Fishing
A cheerful tale of simpler times, Sports Team whisk us away to a summer’s day by the river. It’s joyous, loud and reeks of mischief among mates. A very welcome escape from the relentless cold we seem to be entering. November can fuck off.

The Game – Stainless
“Vibes” is a big buzzword in 2019, isn’t it? The Game’s dropped it four times less than a minute into Stainless, and I still don’t quite know what it means, frankly. This sounds like two songs smushed together. Is it a vibe? Anyone? Is it?