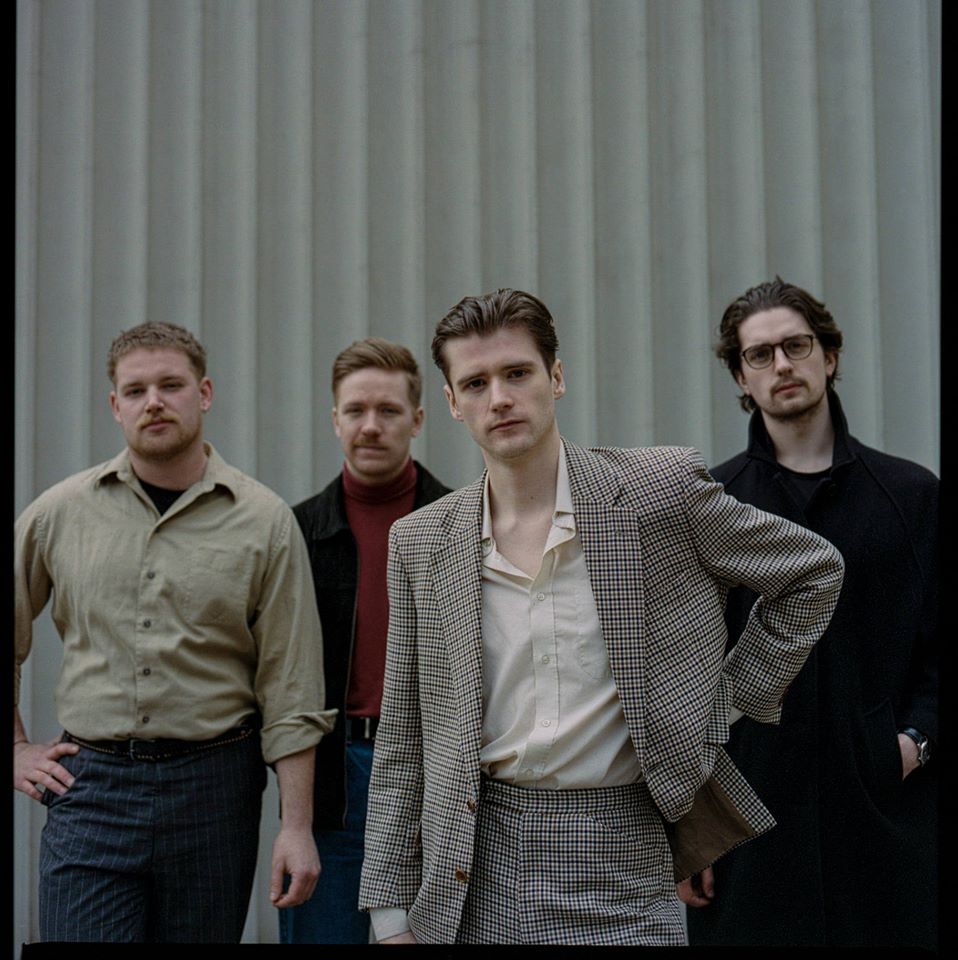 Do Nothing don’t waste time in Newcastle, bish bash bosh

Tucked underneath the Centre For Life, firmly in the middle of what’s known as the ‘Pink Triangle’, is Think Tank? a dark, dingy box lined with images and a red-lit low set stage. Those who braved the cold and wet half-filled what is effectively a nice basement, a sweaty and hot, nice basement.

Whatever the weather, the scene was set for a difficult first night in Newcastle for the lads. From the get-go Do Nothing oozed swagger and grit. And, with the blunt attitude of The Fall and a lead singer reminiscent of a young Jarvis Cocker, their spoken-word-cum-rock sounded more northern than Nottingham – they were more at home than we thought.

As relatively new faces, Do Nothing wanted to make a point at ThinkTank?. Not focusing on extravagant movements on stage or an excessive light show, they got on, smashed through 35-minutes, thanked everyone for coming and walked off. Bish Bash Bosh.

The performance swung on lead singer Chris Bailey’s lecturing lyrical approach. He plants one foot on a speaker and leans into his stories of friends fucking each other and the problems of claustrophobia. Bailey stands like a weather-worn statue; his grey suit and drunken gesticulations resonating more than any politician’s interview with Andrew Neil.

Overall, it was refreshingly honest, a trait often lost amongst new bands focusing on their appearance – and witty Instagram captions. Do Nothing performed with clarity and precision, and though cliche, their music did the talking. There was no arrogance, no self-indulgence and no stupid shit, good on ya lads.

Listen to Do Nothings on Spotify and Apple Music. Get the latest print edition of our magazine HERE.