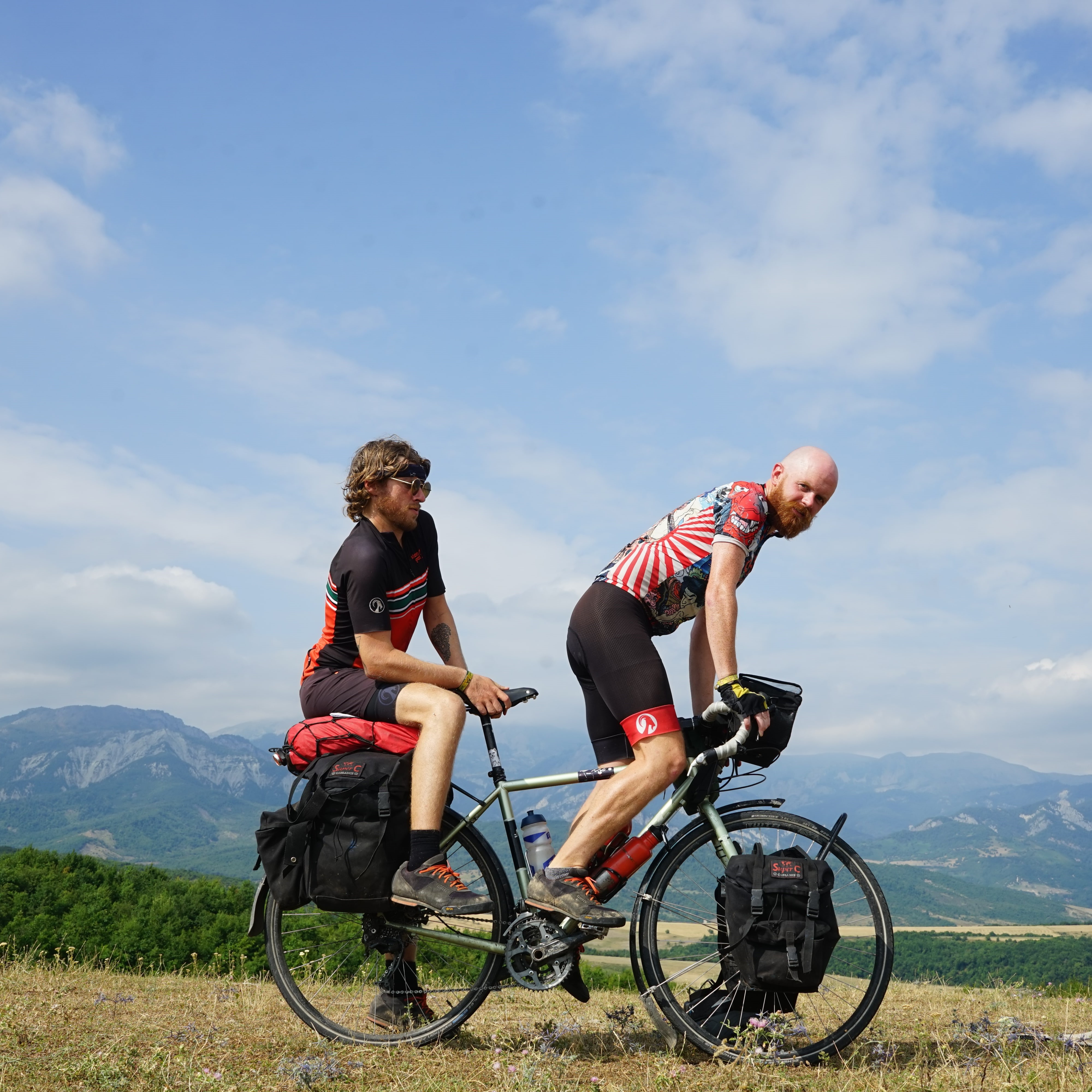 ‘Assam’ takes you from London to Tokyo, via India and Germany.

Total Bike Forever, AKA Tim Stephens and Adam Faulkner, cycled across the world creating music with whoever they met along the way. Their journey raised money for Alzheimer’s Society, a charity close to both the cyclists.

On the road, inspiration was aplenty as the pair came home with 35 songs, enough for an album. They took with them whatever they could fit in their rucksacks, mini synths, a laptop, some recording equipment, and a few hard drives – the bare essentials. “We needed the smallest equipment for the biggest adventure and size really does matter when you’re pulling it up and down mountains,” they told us for Volume 6.

Now, back in Britain, they’ve started to share the results of their adventure. Their latest single, ‘Assam’, a state in North East India, features a German sitar player called Dar Bertschnieder (what a name), a Japanese percussionist and snippets hectic streets in India.

The track reflects how far the pair travelled. From beginning in Europe to the middle in India, and the end, in Japan, ‘Assam’ covers 6,000 miles in 5 minutes. An uncomfortable plastic seat and skin-tight lycra are nowhere to be found, thank god, as the song is more relaxing than anything – it’s more of an open linen shirt kind of vibe.

The music video sums it up nicely as a hypnotic rickshaw ride, where the rhythm of the street, with cars and people shouting and beeping, matches the rhythm of the journey. Swerving left to right tradition and modernity mix, as sitars meet electronica, drum beats meet morsing – a sort of Indian mouth harp – and the candle ceremony is lit by neon lights. I can almost feel the humidity.

Music can help people with Alzheimer’s remember parts of themselves, stirring memories long thought to be forgotten. It animates sufferers to momentarily return to normality, bringing them and others immense joy. Tim and Adam raised £4,751.07 for the Alzheimer’s Society, smashing their £2,000 goal. Well in lads.

Listen to Total Bike Forever on their Soundcloud, or read about their journey in an interview we did with them in Volume 6 of our print magazine HERE.