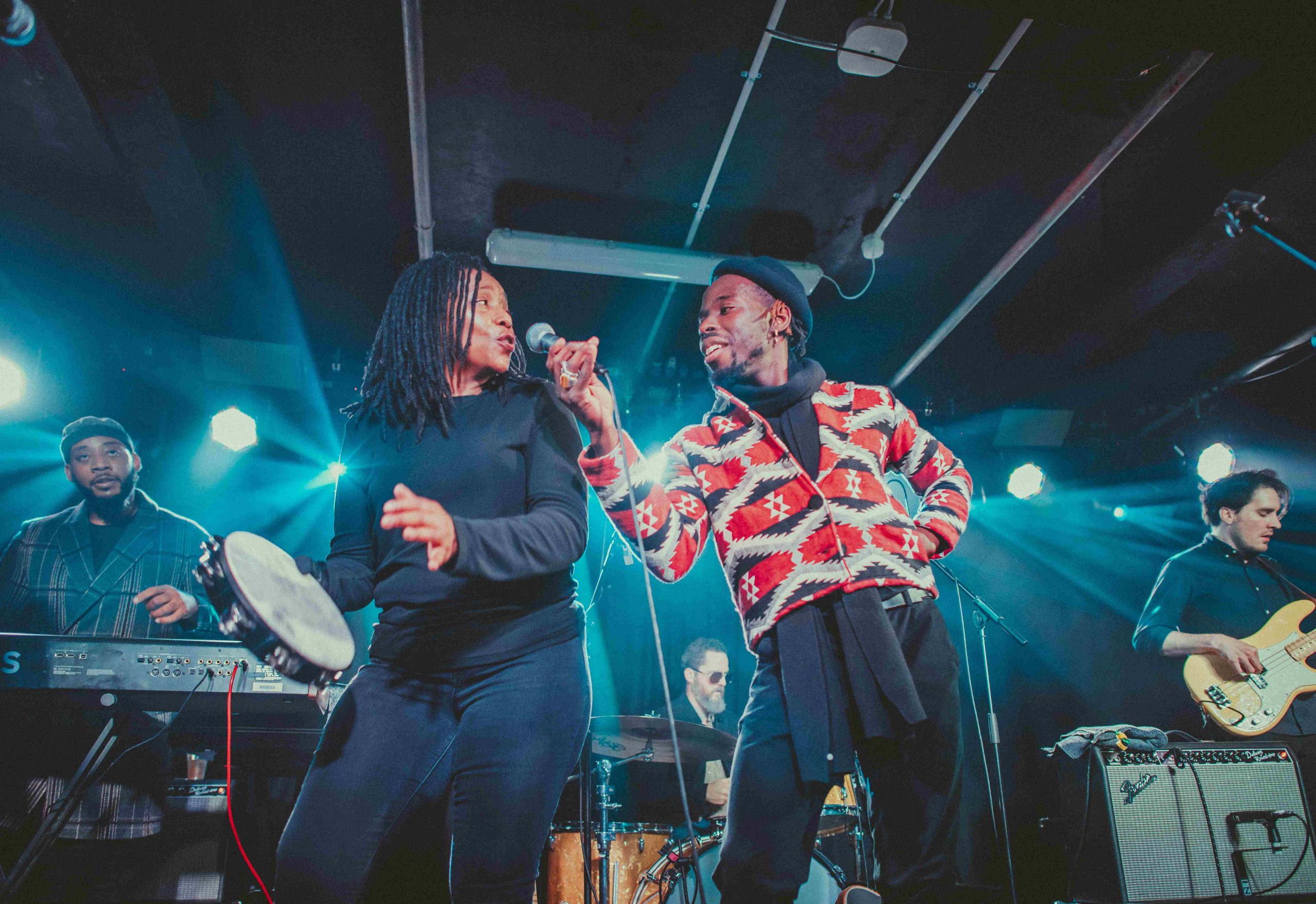 Black Pumas bring the good times and the boogie

As soon as I walked into Academy 3, the positive vibes hit me. The room was barely occupied at this point, but the buzz was glorious. The audience was an incredible mix of individuals; a real assortment of ages. The heightened party atmosphere was sustained by the continuous funk music that kept the audience occupied in between sets and the deal on Red Stripe was a great help. Who could resist?

JaRon Marshall was the support act for the evening, a familiar face for Black Pumas’ fans – he plays keys for the headline act. Entered onto the stage, he embraced the crowd as his very own. His charm and charisma had the crowd gripped on his largely funk-instrumental performance, making them chuckle every now and then in-between songs. The performance was packed with jazz and soul-inspired electronic keys. When the beat peaked the solo artist came to life, provoking the crowd further by literally throwing his body into it. I don’t think I’ve ever seen a pianist rest his head on his instrument, or play a chord for so long that he has to check his watch; how he did it all without dropping a single note, I’ll never know.

Everyone was in the mood to dance at this point, ready for the Grammy-nominated Pumas to arrive.

Eventually, lead vocalist, Eric Burton, bounced onto the stage and instantly seized everyone’s attention. His vocal dynamic range became quickly apparent. Dancing and acrobatically leaping around the stage, he had the crowd ‘ooo-ing’ and ‘ahh-ing’ with each theatrical step as their distinctive soul music set the night in motion.

The stage was full of keys, guitars, basses, drums, and even backing singers. The spellbinding vocal harmonies of the backing singers soon hit in and the power exerted by the two women was astonishing. During the album’s opening single ‘Black Moon Rising,’ the Black Pumas splurged their catchy funk and deep soul onto the crowd. By the fifth song of the night, the entire room was interacting with the band, bellowing out every word in perfect synchronisation.

Overall, the seven performing individuals came together to bring a room of strangers together; there was so much love spilling out of Burton’s mouth encouraging the crowd to interact with those around them. It was so refreshing to see an artist so invested in bringing the entire room together with their music. That’s just what gigs are all about. We love that.

Listen to Black Pumas on Spotify and Apple Music. Get the latest edition of our magazine featuring an interview with Black Pumas HERE.