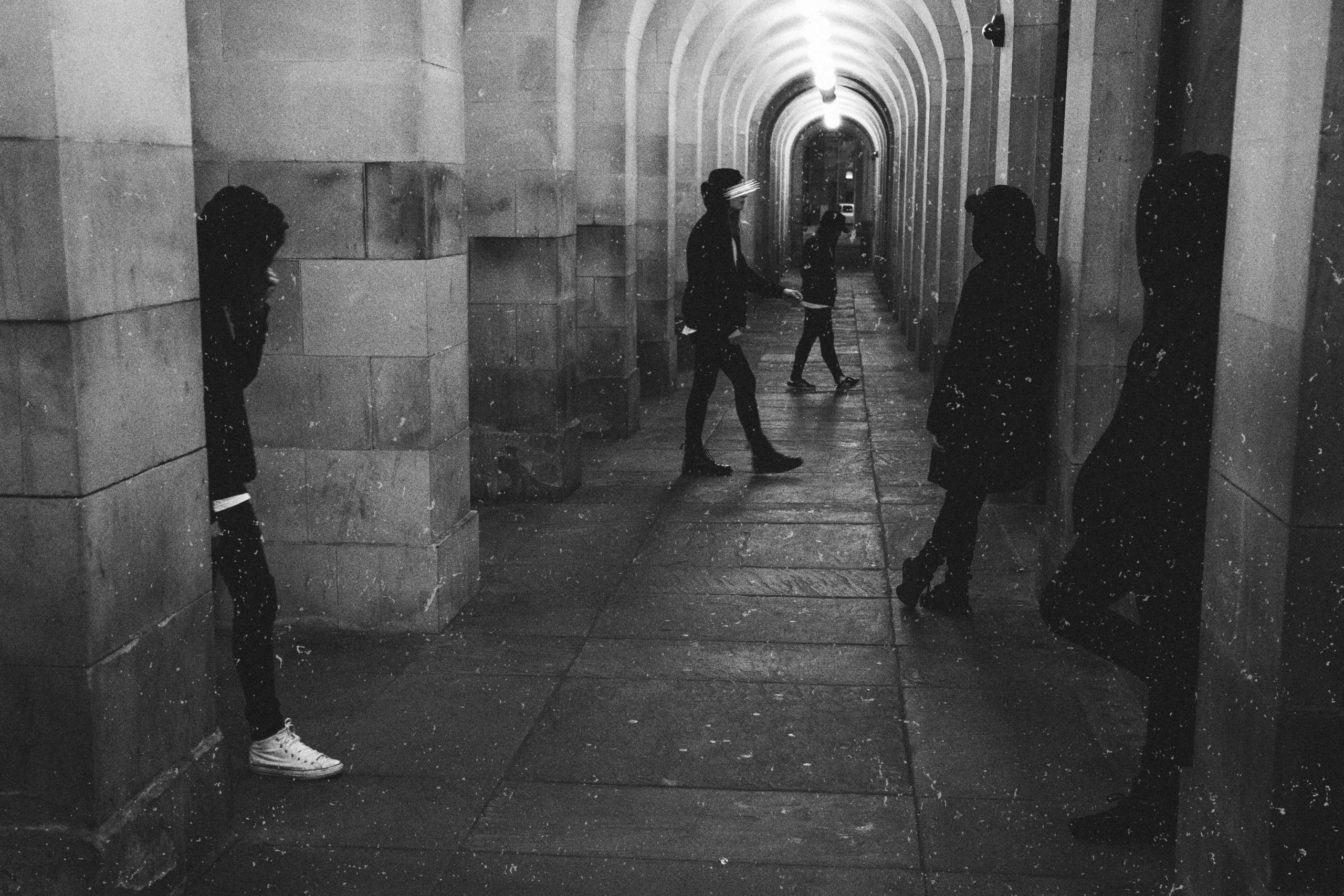 Ahead of their upcoming gig at Band On The Wall, Manchester, LOAstate answered the impossible question: “what are your favourite tracks?” Here’s what they could muster up before they changed their minds…

Kanye West – Waves
On a holiday in Barcelona a couple of years ago we decided we were going to start what is now LOAstate. We were just shooting ideas around in the sun and this song was on repeat. Kanye is a massive influence on us. His willingness to pursue big ideas and go against the grain are actions that reflect our values.

Kendrick Lamar – Alright
Our drummer James played me this tune. I was just delving into the hip-hop world at the time and this changed everything. I wanted to learn how to rap as a challenge to myself but knew I didn’t have the voice for it. There are certain phrases in this song where Kendrick sounds like he’s rapping in an Oldham accent. It was a lightbulb moment and gave me an in-road. I’d also not heard a song in a long time carry so much meaning.

Twenty One Pilots – Lane Boy
Our producer Matt played us this tune to inspire one of our early sessions. He said we reminded him a lot of this song and we could learn a lot from it. Which we did. It was a big inspiration for us in developing our sound in the studio.

Drake – Shot For Me
I was aware of Drake from the Arctic Monkeys cover but hadn’t really heard anything else. I put Take Care on which was considered his best album at the time and probably still is. The first tune was great and then ‘Shot For Me’ came on a blew me away. Rap meets the Drive soundtrack. ‘40’s’ production is a big inspiration.

Anderson .Paak – Bubblin
A massive ball of energy. One of the best gigs I’ve been too was Anderson .Paak at Victoria Warehouse. At gigs, my attention tends to drift in and out but I couldn’t take my eyes off the stage all night. This tune was a highlight.

Francis And The Lights – May I Have This Dance (Remix) Feat. Chance The Rapper
Phil Collins, with a better barnet. Our all-black uniform was inspired by Francis. His Farewell, Starlight! album is a must. His videos are a minimalistic-pleasure. It’s a real feel-good tune by itself but add Chance doing what he does best on this remix and you have a class little tune.

Eminem – Forgot About Dre
Anyone on your street who had developed memory by the start of the noughties knew this song off by heart and had suddenly taken a keen interest in peroxide. Two masters at the top of their game. Makes you feel like you can do anything.

Post Malone – Better now
Love this song. Our Luke shares a few similarities with Post Malone and on holiday, outside a bar, we had a group of girls all excitedly wanting pictures and autographs from him. It would have been rude not to play up to this so I waited to the side as he graced his fans with his Yorkshire whit. It’s funny to think that there will be a few stories out there that start, ‘remember the time we met Post Malone in Fuerteventura’.

Beastie Boys – Sabotage
When you get that feeling of rage where you want to smash everything up but can’t because you’re a human – this song does it for you.

Frank Ocean – Thinkin Bout You
It’s impossible to pick just one Frank Ocean song but I think this is a good way in if you’ve never listened to him before. One of the most talented songwriters/vocalists around. Blonde and Channel Orange are two of my favourite albums ever. Halls mind soothers. Always stick Frank on whenever I’m travelling anywhere.

Listen to LOAstate on Spotify or catch them in the flesh on April 4th at Band on The Wall, Manchester, tickets available HERE.

Get the latest edition of our magazine featuring Black Honey, Matt Maltese, Mattiel and more HERE. Or, alternatively, grab a subscription for a year’s worth of magazines HERE.