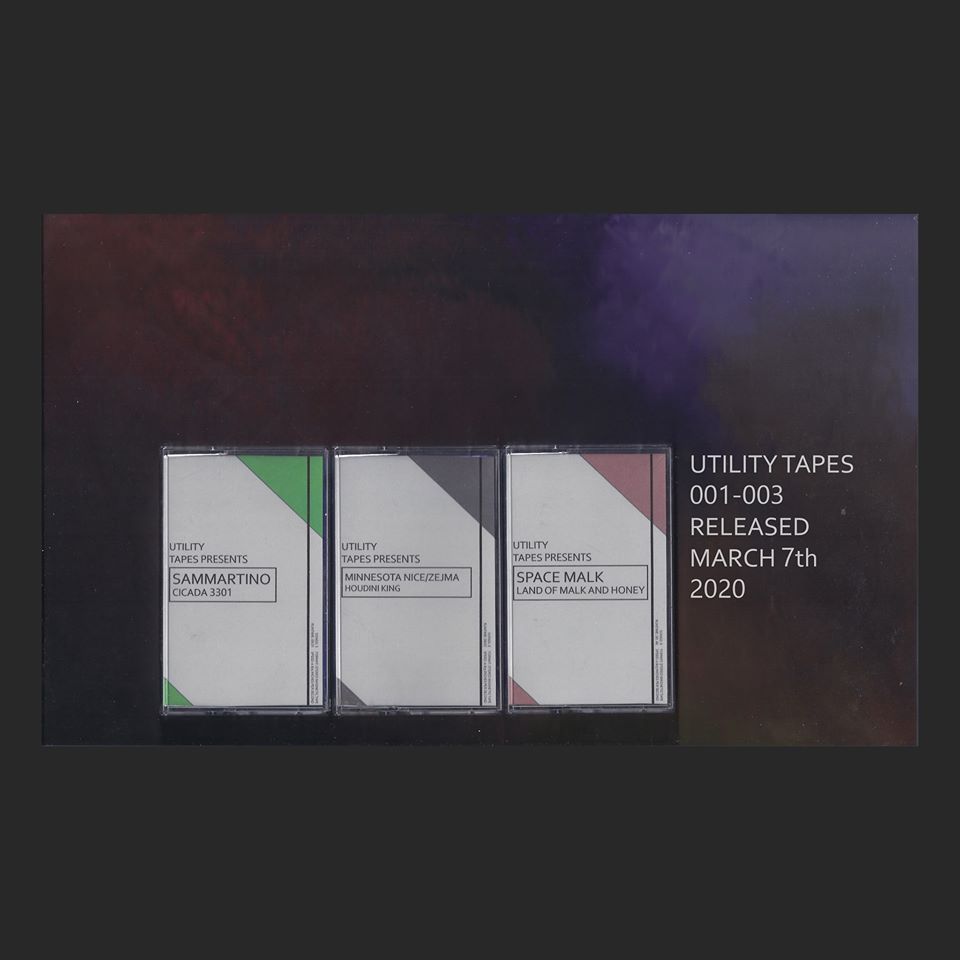 Don’t you just love holding a piece of music in your hand? Vinyl, CD, a USB stick that your friend’s made for you, it’s brill. To actually own something physical, something that comes with liner notes, a lyrics sheet, and sometimes even a poster – if you’re lucky though – is a beautiful thing. And, as vinyl sales have surged in recent years it looks like it’s time to dust off your dad’s old Walkman and hit rewind on the way you engage with the music you love.

Utility Tapes is a brand new label from Sheffield. Joining in on the physical fun stuff, they’ve decided to keep it simple and bring back an old classic – the cassette.

The label was started by Adam Zejma, who previously released music for ten years via cassette on Tye Die Tapes. Each tape gets the same, or similar, bespoke treatment featuring a minimalist and utilitarian design that emphasises uniformity over differences.

The label focuses on releasing “experimental music and exposing novel approaches to musical creation.” They’re set to release their first three releases, by Sammartino, Minnesota Nice/Zejma and Space Malk, this March. Each cassette was recorded at Sheffield’s Tye Die Tapes studio, and features members of Night Flowers, Acid Mass and The Ronald Raygun.

Utility Tapes will be holding a launch event at The Bishop’s House, a 16th Century house in one of Sheffield’s lovely leafy parks, on March 7th. Check it out.

Get our latest magazine featuring interviews with Black Honey, Matt Maltese and Mattiel HERE. Or, alternatively, get a year-long subscription and get 5 of our lovely little mags HERE.