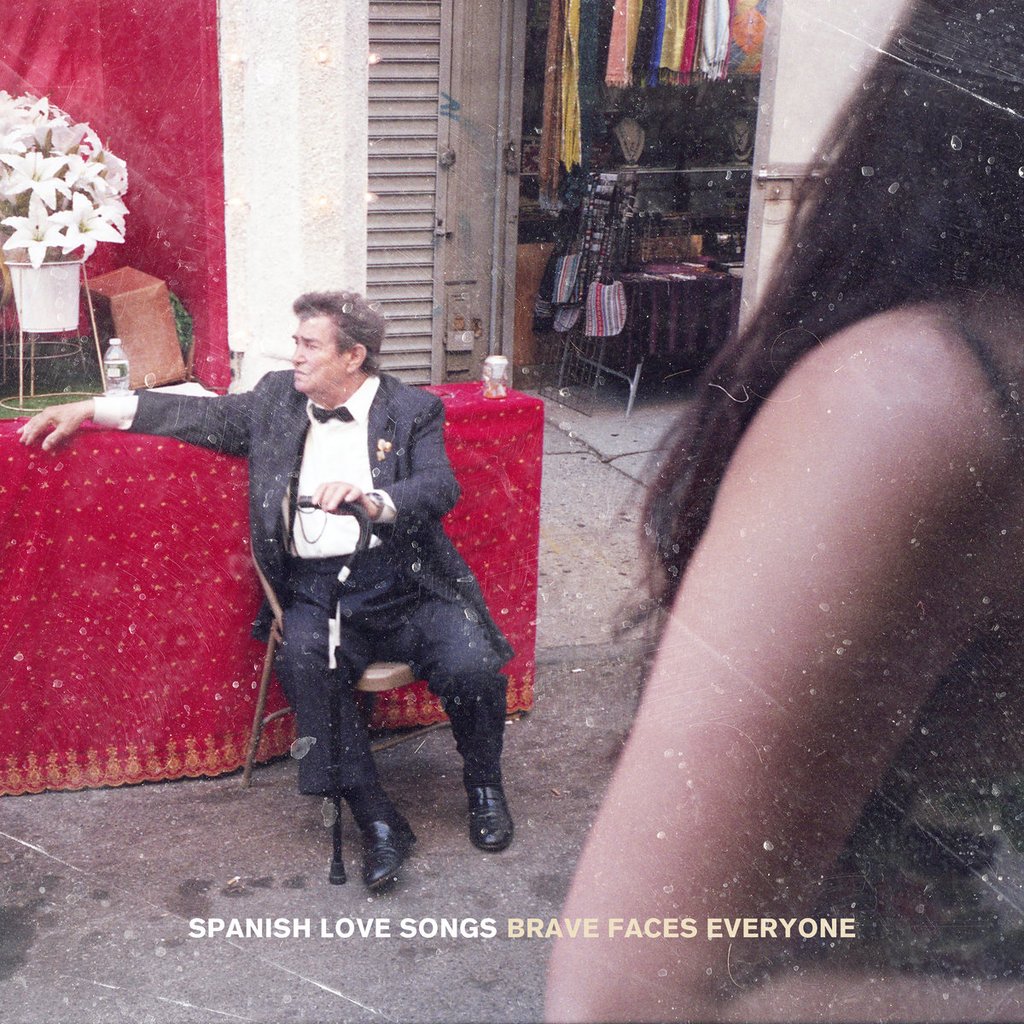 Is ‘Brave Faces, Everyone’ the Parasite of albums?

To make an ironically topical declaration, Brave Faces Everyone is the album version of Parasite.

On the surface of the incredible, multi-Academy Award-winning film is a not-so-subtle message about income disparities across the globe. It’s a major message on Spanish Love Songs’ third record as well, along with poignant analyses of mental health, addiction and other looming sociological crises. Blended all together, it makes for quite an insightful listen. Lines like “My bleak mind says it’s cheaper just to die“, and “Don’t you know you were born to die, poor man?” are delivered with such conviction, you can’t help but put your fist in the air in solidarity – the universal symbol for “Fuck. Yes.”

Singer Dylan Slocum sings most of his lyrics as if they’re the last thing you’re going to hear before you croak, so it’s no surprise that the storytelling on Brave Faces, Everyone is its shining feature. These are stories of a lower-middle-class, not unlike the many, many tales that Springsteen has spun for us.

Musically, that’s where the similarities stop. Spanish Love Songs is rooted more in the basement; a sweat-fueled punk scene coated in a thick film of nostalgia. On the surface, Slocum sings about a lot of doom and gloom. But, by the end of the record, he makes it clear the grass is in fact greener. The album’s finale is also its title track, and the cliff notes version is essentially this: as the band reminds us over and over on this record, there’s a lot going on in this crazy world right now, but don’t let the bastards get you down. “Brave faces, everyone” isn’t just a catchy little title – it’s a mantra, reminding us all to keep our heads up.

“We were never broken / Life’s just very long“. Ain’t that the goddamn truth.

In Bong Joon Ho’s Parasite, a dirt-poor family of four goes to great lengths to move up the socio-economic ladder. Slocum and his band aren’t quite at that level of desperation, but they are asking questions that, unfortunately, don’t have a whole lot of answers. Questions that, could ultimately lead to the desperate measures we see in the film. Questions that, ultimately, demand your ear.

The music’s urgency gets some of the credit, though it’s objectively nothing special. Spanish Love Songs don’t venture too much outside of the same distorted chords and linear song structures – most songs even seem to hover around the same key. That’s not exactly a critique, but more of an observation. The band knows their strengths and there’s something to be said about that.

In this way, Spanish Love Songs are on a shortlist of bands re-inventing what we know about pop-punk. They, along with contemporaries like The Menzingers, Pup, and The Hotelierare difficult to even classify under that genre. What they’re really creating is a modern subset of punk that has just as much in common with The Boss as it does with, forgive me, a band like Green Day. It’s music riddled with existentialism, in search of a silver lining. Like so many of us – Bong Joon Ho included – we can only hope there is one. But until we find it, let’s allow ourselves an occasional break from it all. Let’s drink until next morning.

Listen to Spanish Love Songs on Spotify and Apple Music. Get the latest edition of our magazine featuring interviews with Soccer Mommy, Alfie Templeman, Black Puma and Tennis HERE. Or, get a subscription for a whole year HERE.