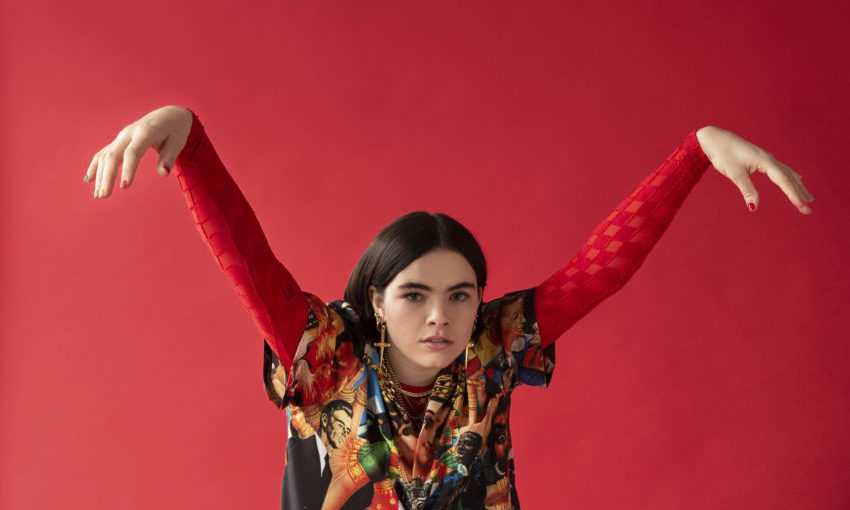 TikTok might just be a launchpad for new music

Some of us might have brushed aside TikTok as some kind of Gen-Z Vine ripoff, but under its annoying surface lies a secret new platform for smaller artists. Who’d have thought?

If we’re being honest, I think it might have reached the stage where I have an actual TikTok addiction. At twenty years old, it’s safe to say I’m probably a bit too old to come under the app’s target audience. Has that stopped me from flicking through it at every given opportunity? Crying that I’m not Addison Rae? Making the heartbreaking discovery that I am not able to, and probably never will be able to throw it back? The answer is no. It hasn’t. I’d tell you my screen time on the app, but honestly? I’m embarrassed. It’s shameful. Don’t worry, some of my friends have made sure I’m very aware of that. Others, however, are the ones sliding in my DMs with the finest Sophie Aspin send parodies. The addiction is apparently very easy to succumb to, even if you’re not a 16 year-old girl.

As much as it might seem, this is not an ode to TikTok. I promise. However, I think it deserves some acknowledgement. The power of teenage girls is not to be underestimated, and the size of the platform has had some pretty admirable effects – especially for the music industry. Think about it, if Charli D’Amelio uploads a video to her 61 million followers, the song in the background is going viral. It’s inevitable. Her followers are young, impressionable, and destined to record their own versions of her dances and upload them, pushing a song even further. It doesn’t end there, either. That song is going to feature in the background of hundreds of thousands of videos on the site: baking videos, someone’s pet, a cringey couple. There will literally be no escaping it.

As annoying as that song may become (I’m looking at you, ‘Savage’), there’s no denying that for small artists, TikTok is a dreamy prospect. It is propelling somewhat unknown artists to fame left right and centre. Take BENEE for example. Whilst the New Zealand native was well on her way to success in her own right, when ‘Supalonely’ featuring Gus Dapperton burst onto the platform, she very quickly blew up. It couldn’t really be helped – with everybody and their Mum  doing the dance, and everyone else humming it 24/7, there’s no surprise that it soon became one of the platform’s biggest tracks. The artist now has 24 million Spotify monthly listeners, and ‘Supalonely’ has 257 million plays. That’s insane. And undoubtedly, TikTok is partially to blame.

For some artists though, their TikTok success comes as a bit of a kick in the teeth. Beabadoobee recently expressed anguish at a remix of her song ‘Coffee’ / ‘death bed’ going viral on the app. After a few years of hard work, supporting The 1975 on tour and a steady rise on her own accord, a remix of her song that differs quite significantly from her usual style of music has blown up to impossible levels. In a sense, it would be easy to be frustrated by this lack of appreciation for your entire catalogue. But TikTok has ultimately opened up Beabadoobee to a whole new audience that can now explore her further – is it as detrimental as it seems?

As the music industry moves further and further into the world of streaming, it becomes increasingly harder for smaller artists to break through. Tiktok might just be the answer to that. It is drastically reshaping the music industry – with over 2 billion users, it is revolutionary. It has the power to catapult small artists to viral success in a way that other platforms can’t quite do in the same way. It might not be the target audience an artist might want, but the benefits of Tiktok for music are undeniable. If you get in the car for your weekly trip to Tescos, I guarantee the first song to come on the radio will have found its fame on the app. Its reach is incomparable, and the way it is revolutionising the music industry is impressive.

Yes, it might be the butt of a lot of jokes, and some of the stuff it produces might be the most uncomfortable things to watch since last year’s ‘Cats’. But nevertheless, there’s no denying that it is really useful for artists just starting out. So, if you don’t mind me, I’ll be back to aimlessly scrolling through my For You page, eagerly awaiting the next viral song. It doesn’t count as procrastination if it’s keeping up to date with the latest music, does it?

Enjoyed this? For more great, exclusive content, get off TikTok and grab one of our fabulous print magazines HERE.