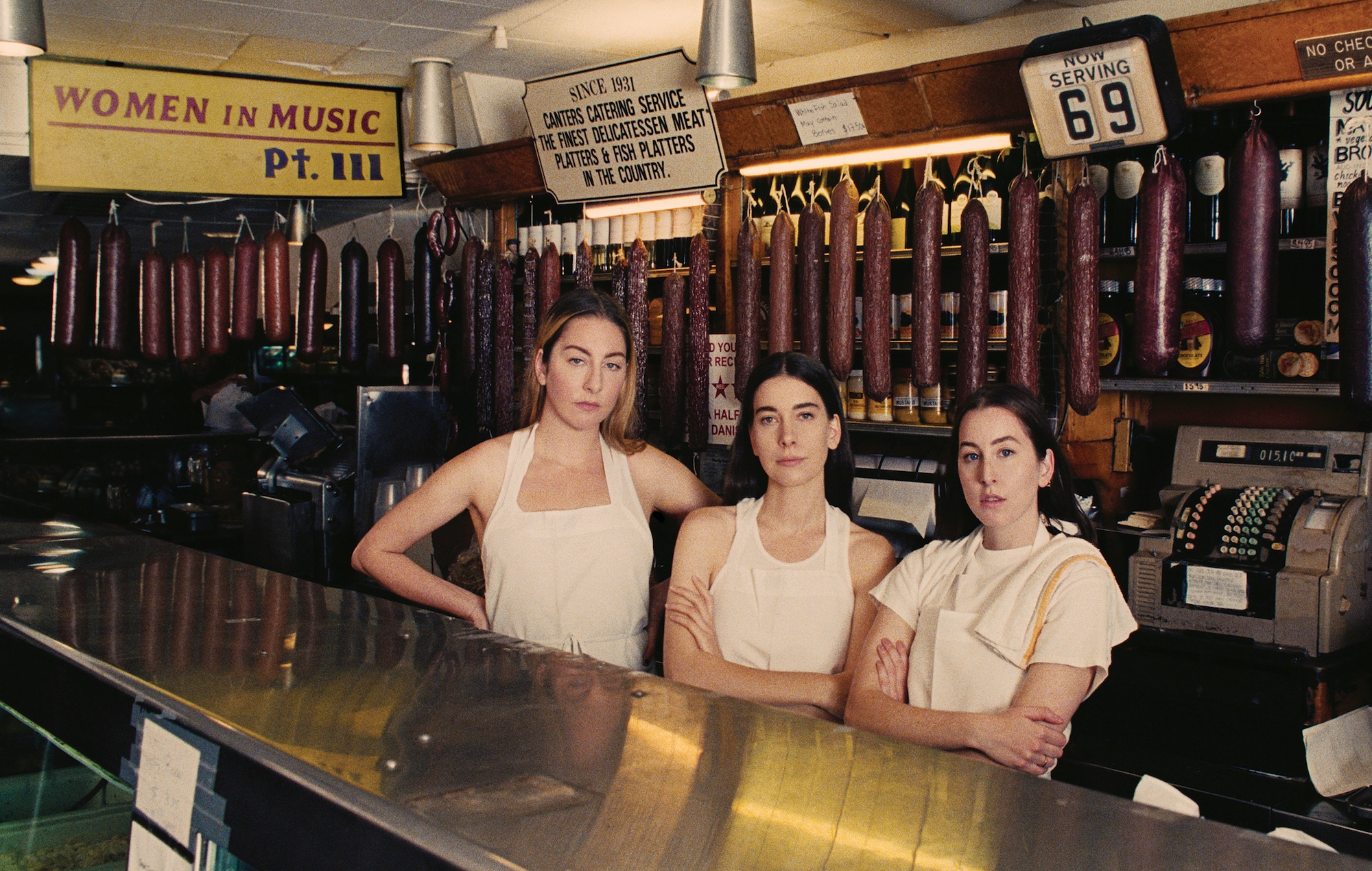 HAIM outdo themselves on brave and eclectic third album

I was almost nervous to hear this new record. Sometimes, after months of teasing with studio clips and new singles, a long-awaited album can come off anticlimactic – as with pres and the club itself, the hype can feel better than the main event. It was stupid to think this could be the case for HAIM: it seems these sisters have a knack for consistently outdoing themselves.

On their third and most exceptional album yet, Women In Music Pt. III (dubbed wimpiii) sees HAIM delve even deeper into stark honesty and emotional vulnerability: ‘I Know Alone’, ‘Now I’m In It’ and ‘I’ve Been Down’ carry a similar theme of depression, while ‘Hallelujah’ depicts the grief of losing a childhood friend. Although their prior records have often portrayed HAIM’s emotions in a raw and candid manner, wimpiii sees the band truly open up through lyrics that cut true for musician and listener alike: ‘Days get slow like counting cell towers on the road / I know alone and I don’t wanna talk about it’.

The record takes time, too, to address wider issues such as sexism: ‘Man From The Magazine’ calls out the misogyny of the music industry, namely in the comments made towards female artists (‘“Do you make the same faces in bed?” / Hey, man, what kind of question is that?’) and the expectation to merely look the other way (‘I don’t want to hear / ‘It is what it is, it was what it was’ / You don’t know how it feels’). Standing at just over two minutes long, with merely an acoustic guitar behind the vocals, the track is to-the-point in drawing attention to the message at hand. Bravo, gals.

It ain’t all doom, gloom and misogyny, though, believe me. Album-opener ‘Los Angeles’ is a light and warming ode to their hometown, a sunny and sax-touched track which simultaneously explores the feeling of wanting something more. Meanwhile, the upbeat sound of ‘Don’t Wanna’ carries a torch of optimism and perseverance amidst a seemingly troubled relationship; much like early single ‘The Steps’, the undertones may be a lil sad, but the surface is oh-so danceable.*

Musically, the record is as varied and clever as it is enjoyable. Taking influence from the likes of Lou Reed (‘Summer Girl’) and blending multiple genres – from their favoured soft-rock (‘Up From A Dream’), to styles more akin to country (‘The Steps’) and R&B (‘3AM’) – the LP shows the band step beyond what’s expected of them sonically. Keeping their core guitar and drum skills at the forefront, HAIM explore a greater level of production than we saw on their sophomore album, Something To Tell You. The risk paid off: varied it may be, but each track fits the new record beautifully. Guiding you through a myriad of tempos and moods, wimpiii will have you cutting shapes one minute and crying the next, making it the ultimate soundtrack for spending lockdown in your bedroom.

Put simply, Women In Music Pt. III is nothing short of impressive. While their song-writing demonstrates a bravery and sincerity which many artists rarely achieve, the record is, fundamentally, a joy to listen to – which is kind of the whole point, anyway. On both fronts, then, HAIM have merited a standing ovation.

Listen to HAIM on Spotify and Apple Music.
*If your choreo isn’t up to the task, there are a few ready-made dances you can learn from the music vids – the band even went a step further in hosting Zoom classes to teach their fans the moves. Mental. You can pick it all up from their Youtube.