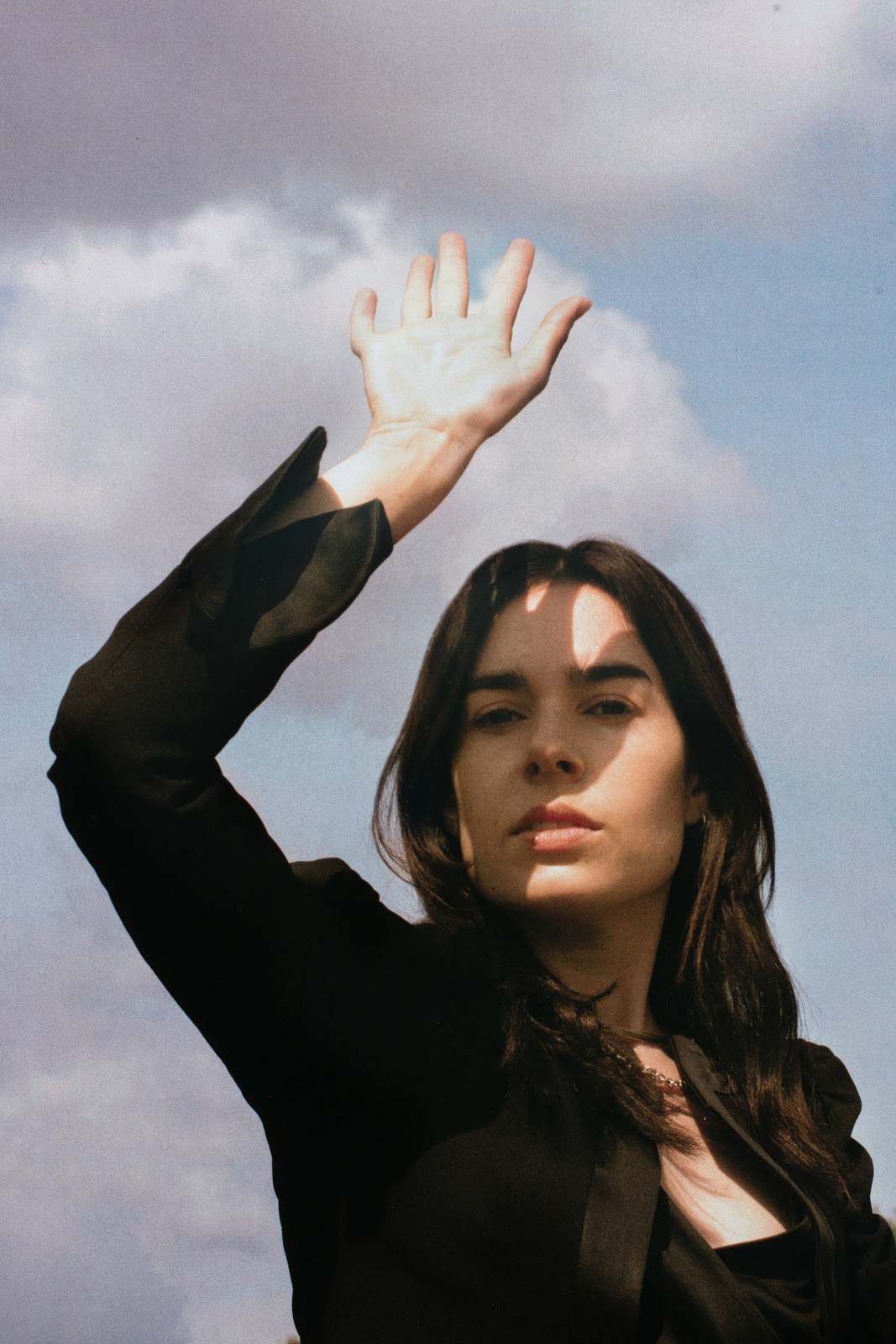 Track of the Week: Sinead O’Brien – ‘Strangers in Danger’
When Sinead O’Brien announced her debut EP, Drowning in Blessings, we were excited. Then she released the first track, ‘Roman Ruins’. We got more excited. Now, she’s blessed us with ‘Strangers in Danger’; O’Brien has a true grasp of creating compelling, engaging lyricisms that are rarely found. She’s a master of storytelling, and explores this mastery in her new track, picking apart events. The entire track was inspired by a random line she wrote down: ‘Plastic flowers in bloom and the sound of soccer‘. It reads like modernist prose. Event upon event stacked like Jenga. “I felt connected to various images and occurrences around me and began sound-tracking these mini-scenarios,” O’Brien said. With a delightful, driving tempo and O’Brien’s gorgeous exposition, it’s safe to say that we want more mini-scenarios. We want more.

Bloxx – ‘Off My Mind’
An explosive pastel indie pop banger from Bloxx is always the best way to start ya day. Flourishing trills starts the tune off dreamily but when the drums kick in, it’s time to kick off your couch and onto the floor.

CAT SFX – ‘Doom Generation’
“A commentary on the times we are living in,” is how London-based punk-rockers CAT SFX describe their latest track, ‘Doom Generation’. It targets “the big corporations that seek to profit from our misery”, pointing out the effects of capitalism on mental health. It’s punchy, right on the money lyrically-speaking, and effortlessly fun.  A mix of guitars, synthesizers and that quintessential pounding percussion that embellishes any track that takes the moniker of ‘punk’. It’s a joyride.

Diana DeMuth – ‘Into My Arms’
I’ve never felt so released watching a heist! It’s at times earthy guitar just lets you feel so liberated and cheerful as DeMuth sings about breaking away from the things that hold her back. It’s sneaky appearance from Lumineers Wesley Shultz adds that extra bit of excitement between each verse.

Gorillaz – ‘PAC-MAN’
‘PAC-MAN’ is Gorillaz fifth instalment in their ‘Song Machine’ series. For those not currently in the know, ‘Song Machine’ as an online series where the band performs with a wide variety of artists each week. ‘PAC-MAN’ itself is an ode to the game, with the video showing frontman 2D becoming engrossed in the game. It’s got that classic Gorillaz vibe, a walking beat, cute electronics – and a feature, this time in the form of Schoolboy Q, whose verses tread loudly over almost-chiptune melodics. Overall, it harks back to the more memorable tunes of Gorillaz’ earlier days. You’ll enjoy the synth-funk, Demon Days feel.

Jerry Joseph – ‘Sugar Smacks’
A well needed musical punch in the face. In 7 minutes, Joesph delivers a gritty narrative in a punk rock tune, and it’s one you really need to hear. “I keep checking theres one left in the chamber, cause the real worlds got me throwing up and wishing it was done.” With the madness that’s going on around the world, this is a lyric to beat all 2020 lyrics.

LibraLibra – ‘Lonely Girl’
However hard I try, I just can’t stick a genre on this track. Is it grunge? Possibly. Is it alt-rock? Could be. Is it experimental-pop? I just don’t know. That’s the beauty of LibraLibra, they’re something I just can’t put my finger on. They’ve given us a pocket-sized live show with ‘Lonely Girl’ and we’re all here for it. Grunge infused guitars collide with lead singer Beth Cannon’s extraordinarily powerful vocals in a wonderfully superb way. It’s class, and you need to listen to it.

Matthew Holland & All The Kings Men – ‘Love’
Is it the summer of 69, because Love is in the air and Matthew Holland is giving us a technicolour tune like no other. A dash of psychedelia is prominent throughout the track, spiralling into a joyous and reptitive chorus telling us to just love mannn (insert a classic peace sign)

Shango SK – ‘Innocent’
This track feels like a wave of calming self-acceptance, deep I know. It’s a lovely fusion of lo-fi and R&B with a sweet scattering of tasty guitar here and there. It’s poignant and mellifluous with Shango Sk’s assured vocals acting as the icing on a rather mellow cake. Anyone else want a slice?

Sleep At Night – ‘The Chicks’
The Chicks will leave you reeling on ‘Sleep At Night’ as they laugh off the insanity of her “husband’s girlfriend’s husband calling me last night”. It’s enough to make you livid (once you’ve got your head round that string of people). The clap of percussion and killer vocals might just stop the anger bubbling over though – it might be furious but it’s a pop treat.

Tom King – ‘Be That For Me’
As if my emotions weren’t already all over the place over 10 years of One Direction, Tom King’s latest song was ready-made to bring (yet another) tear to my eyes. Heart-wrenchingly gorgeous vocals, stripped back acoustics and lyrics spilling over with raw emotions, ‘Be That For Me’ rips your heart out in the very first note. Ouch.