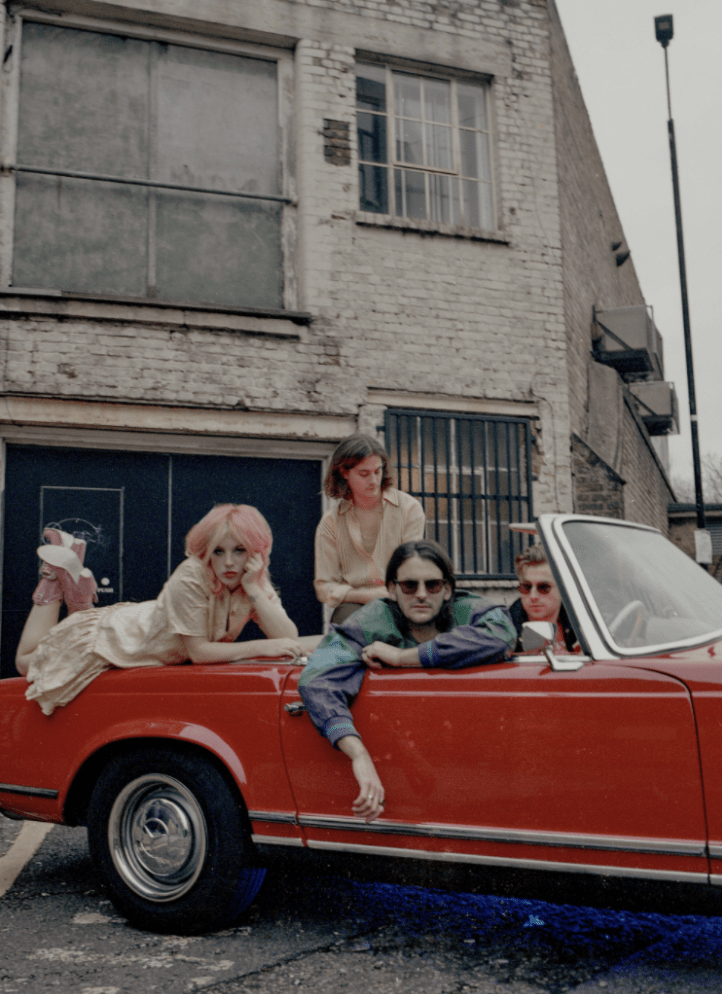 Track of the Week: Black Honey – Beaches
Black Honey are BACK, baby. ‘Beaches’ invites you into the band’s retro escapades, catapulting you into a sepia-toned 60s scene. Upbeat and practically begging you to sway along with it, the band are better than ever. Grab your lilo, we’re going paddling.

Angel Olsen – Whole New Mess
A Whole New Mess is a proper rainy day track. It’s melancholy, it’s gentle and it makes you glad to be inside, wrapped up with a cuppa. Angel’s soothing voice almost brings a tear to your eye, the same way a new born baby would, or a Greggs sausage roll.

Camille Christel – All I Ever Do (Berlin, Solo)
If you ever needed a song to stare out the car window dramatically to on your travels, then do I have the ballad for you. Camille holds the lump in your throat so tightly, as she reminiscences of a past lover that won’t leave her head. For the hopeless romantics out there, be careful on your listen or you may spring a leak from your tear ducts.

Chartreuse – Tall Grass
If you want your breath completely taken away for three and a half minutes, you’re listening to the right song. It’s the type that demands your full attention, with the eeriness of spoken vocals and few repeated notes. Prepare to feel goosebumps.

Fern Ford – Match
An ambient solo debut from The Big Moon member Fern Ford.Her drive in percussion still seeps through on ‘Match’ as its dreamy melodies are paired with rhythmic beats and crashing clicks. It’s a landscape of sound, and a destination to get lost in.

Juanita Stein – Snapshot
It’s kind of provocative and bluesy, not unlike Lana Del Ray. But then there’s this eerie, dissonant sort of part too…. I don’t know. It’s weird, but I don’t hate it.

Karolina Rose – Runaway Angels
This seems so much like a song you’d hear in a coming of age film that you can almost picture the scene. It’s overall pretty chill, with a satisfying beat drop and powerful vocals. They’re amplified with heavenly harmonies – which seems quite fitting, really.

Odina – Many Things
Odina holds a warmth like Björk in her innocent voice as the instrumental reverbs around her. They say the world doesn’t revolve around us, but the way the minimalistic guitar rides along the track, I’m pretty sure it revolves around Odina.

Phoebe Green – Reinvent
The throbbing beat sounds as though you’re sat underneath a fan, but it’s gifting you a refreshing breeze on a hot day. If you close you eyes, Phoebe’s soft vocals put you on a picnic blanket, in the middle of a field on a bright summers day, sipping a delicious Capri Sun.

Sody x Cavetown – Is Your Bedroom Ceiling Bored?
An expression I’ve never heard before but going to use from now on. It’s a pulsing cry for help from Sody and Cavetown, calling out for the solitude some of us have felt during isolation. For the late night listens and the truly missed kisses, this track speaks to all of us.

Walt Disco – Hey Boy (You’re One Of Us)
Slap Bowie in a rock opera and you’d get something like this. It’s loud. It’s proud. It’s Walt Disco – deal with it.