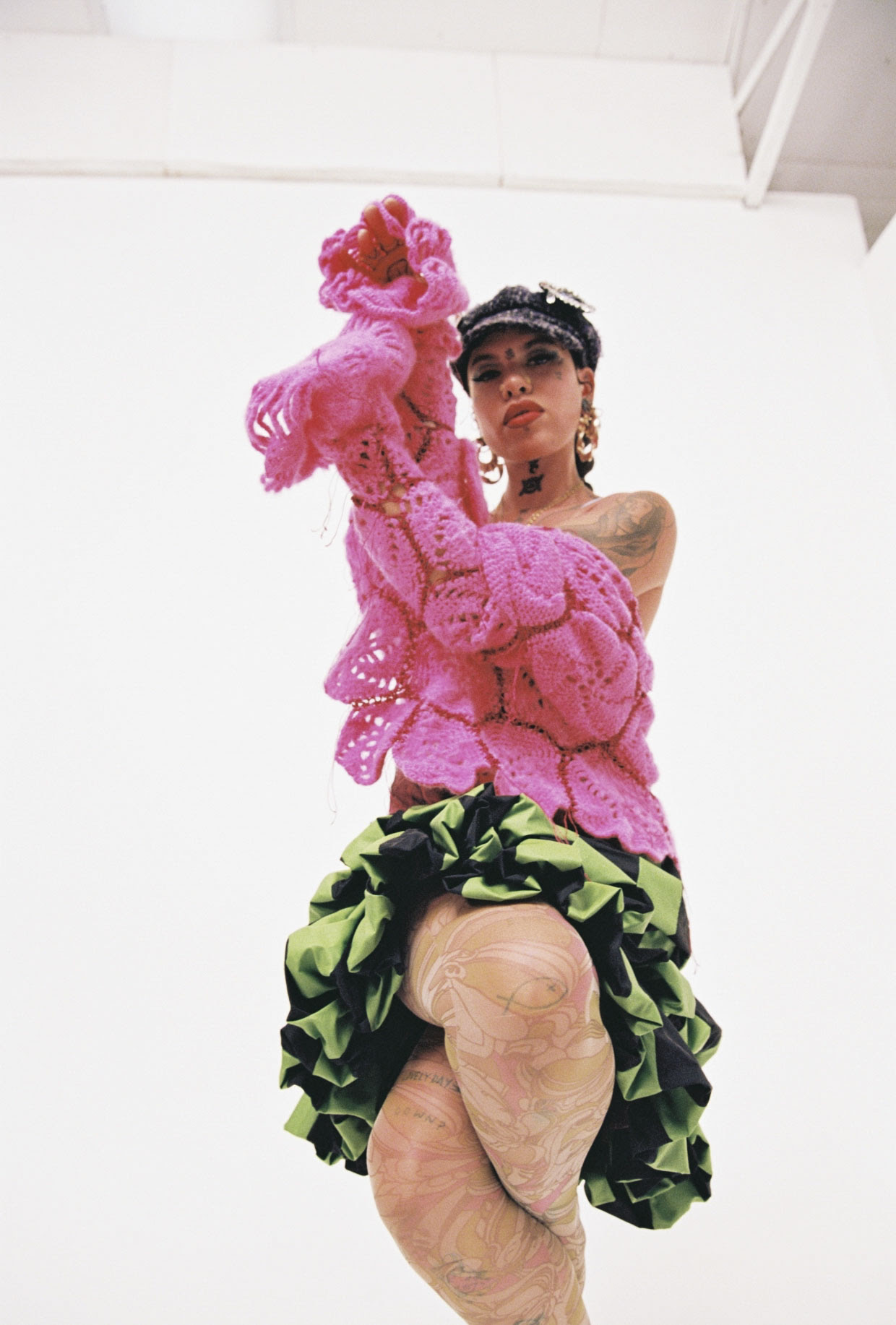 Track of the Week: Greentea Peng – Hu man
A greentea groove over softly plucked guitar, can you think anything better? In is hazy appearance, it’s a chilled down track but dive into its core, and you’ll find the south London singer-songwriter calling out for her clarity and identity; “In Lak’ech Ala K’in, I am you you are me” Greentea Peng has created a perfect mellow that can keep you dazed while your head races to the lyrics.

Annie Taylor – Where The Greass is Greener
Annie Taylor. Boy, do they bring it. ‘Grass is Greener’ shows a mellow side to the band, with Ginis voice at the forefront and guiding the instrumental. When the venues reopen and Annie Taylor hit the stage, this is the track you’ll pull your lighter or your phones flash out to.

Cehryl – Moon Eyes
A doo-wopping delight from cehryl. Lighter than air, ‘Moon Eyes’ is as if Billie Eilish swapped her dark and spidery aesthetic for cottagecore and pastel pink.  It’s a heartwarming single, one that just brightens your morning in a few minutes.

Coach Party – Bags
This is the classic sunsetting song. Soft percussion and dreamy guitar chords bring a lull to the party of Coach Party, but in a relaxing way of course. It’s a song of reflection and just endearment to Jess Eastwood vocals.

Coco – Last of The Loving
The anonymous collective of Coco might not have a face, but they have soul. In ‘Last of the Loving’ the whispy harmonies and melancholic indie bassline bubble up an emotion inside of you that just makes you not need to know what Coco look like because their sound is strong enough.

Death Valley Girls – The Universe
The Universe remains constant and deep, reflecting the vastness of an ever growing universe. Mystical lyrics explore collectivism, and and encourages you to leave behind individual thinking. Death Valley Girls have created a sonic universe that is uniquely theirs.

Kelly Lee Owens ft. John Cale – Corner of My Sky
The collaboration Kelly Lee Owens and John Cale is really one to sit down to. It’s sonic drive with Cale’s monotonous tones pushes on your chest, for six minutes, and when finally lifted it is a euphoric moment. I’ve said it once and I’ll say it again, 2020 is Owens year.

Matt Ryder – Not The Same
Matt Ryder returns, polished and well produced. His signature lofi style shifts on this track, with his lucid vocals sitting front and centre as he allows himself to get more experimental with his production. Fuzzy synths and gentle keys litter this tune with a wistful yet calming sorrow, it’s like sitting on a cloud after a heartbreak. Grab the tissues for me would you?

Oscar Lang – Get Out
Oscar Lang is HERE ladies and gentleman. As the track kicks you to attention, the soft indie pulls you and swiftly chucks you out on to the streets with the simple message ‘Get out!’ Don’t stay trapped inside, go out and have as much fun as Lang clearly has performing this upbeat feel good tune.

Rosie Shaw – Temporary Love
Building an atmosphere from deep within, Rosie Shaw paints a thousand words in her lyrical picture. A tale of love and loss at her fingertips, you can’t look away.

Sean Nichols Savage – I Believe in Everything
Even though he is Savage, Sean sings like a true romantic. Ivory keys subtly play underneath his powerhouse ballad. It’s the sweet serenade that plays at the cheesy family movie ends on a feel good night. Keep hold of your popcorn, it’s a touching one.

Wax Chattels – Efficiency
No, that’s not an unusually rhythmic alarm you forgot to switch off this morning, it’s the intro to the latest tune from New Zealand’s wonderful Wax Chattels. A heavy, intrepid rock number, that lures you in with its gritty siren opening, before chewing you up and spitting you out in a pool of manic noise. My head hurts, but in a good way.

Widowspeak – Even True Love
Usually if you call a track moody it sounds negative – a bit stroppy. But Widowspeak’s blend of 60s psychedelia and 90s dream pop brings a lingering emotion, even from the simple guitar driven intro to the track. In the easiest way to describe it, you just wish you could sink into ‘Even True Love’ and revel in it.