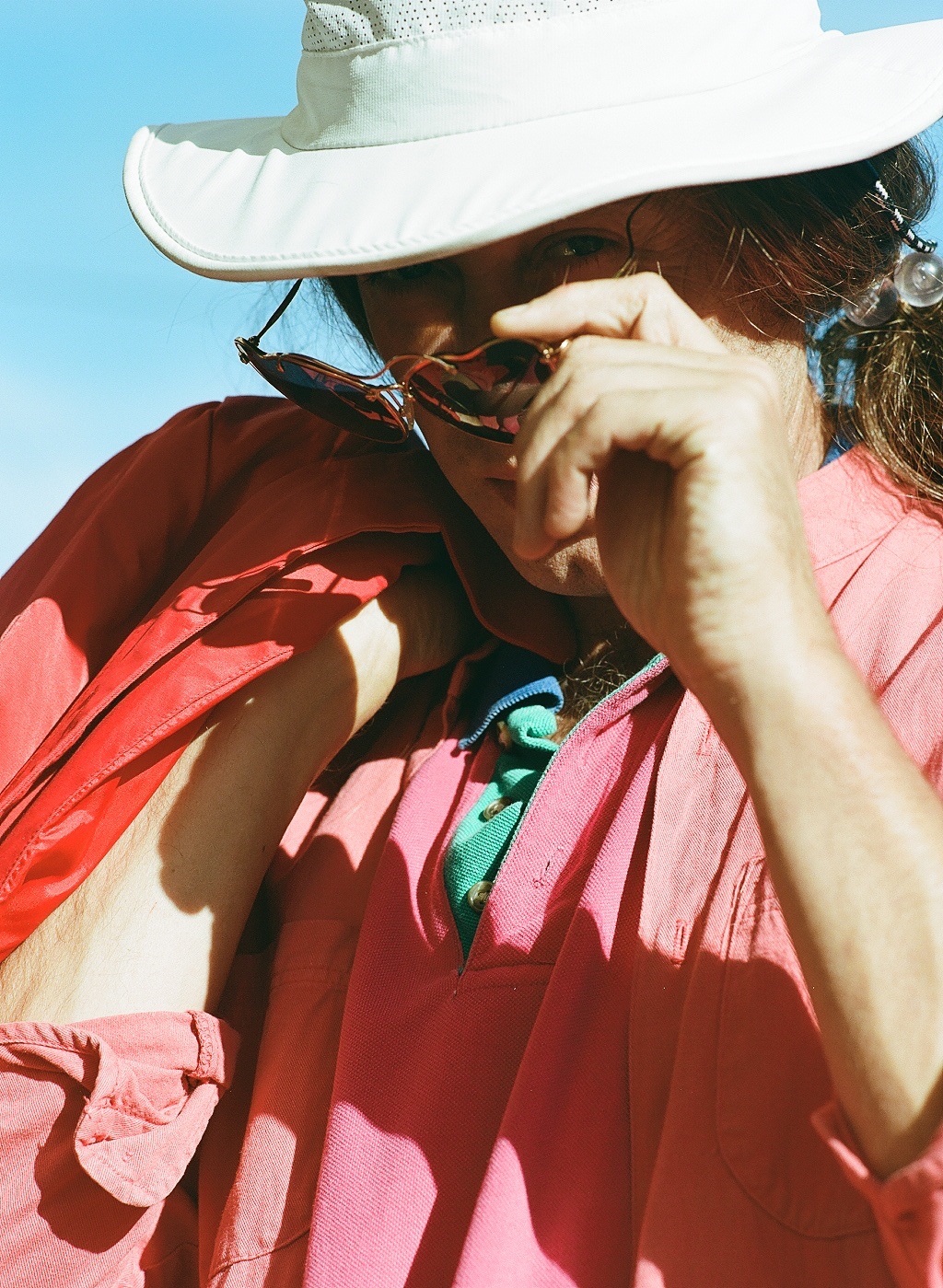 Luke Temple is Art Feynman – kind of. He, no, *they create a wonderful patchwork style of music that’s firmly based in the strangeness and humour of the world around us. We talked to them about their love of of oddities, world-building and what their dual-personalities mean.

I’m In San Francisco and I’m looking at a kiwi vibe outside of my window. I smell some compost I need to take out unfortunately.

It feels freeing in a way that it somehow allows for a wider array of things to happen and Luke Temple’s off the hook if anything goes wrong. I do try and keep a loose idea of separation between LT and AF which I think mainly Is a sense of play that AF brings although AF got kind of serious a few times on half price!

I think that I’m always narrowing in in terms of recording myself, so I think it differs in that I’m getting better at accessing what I want. Blast Off was kind of a venting of something that I needed to get off my chest, more of a goof out after making so many ‘serious’ records. Now That AF is a bit more settled I’m eager to stretch him in different directions.

You use such a unique and complex mixture of sounds and textures. What would you say is the backbone of a lot of the songs? Do you start and build away from rhythm for example, or is it something that changes?

It’s always changing. Sometimes it’s just a tempo that will inspire me, sometimes it’s chords on a guitar. Most of the time I’ll have some clear direction but after I start it becomes a pinball machine and goes directions I hadn’t envisioned previously, that’s the fun of it. My process is in real time and it’s always changing. My thing with sonic textures is sculptural and conversational and I also love capturing chaotic elements and bouncing off of them.

Perhaps because you pull from so many different genres, you often engage with a lot of unorthodox and strange sounds. What draws you to continue to explore with your sound? Are oddities something you actively seek?

I love all the pop/experimental stuff from the late 70’s early 80’s with the likes of Cleaners from Venus, Snakefinger, Robert Wyatt etc. It was a nice time in music where we had been through the Beatles but also punk had happened, so it was some kind of meeting of beautiful mathematical music with weird sounds and attitude. I think I’m just sort of carrying that tradition in a way.

Your writing encompasses a balance between tragedy and comedy. Is imperfection something you’re aware of in your writing, and, if so, is it something that motivates you to write?

Yes. Everything is perfect unto itself but the moment it’s compared to another thing it’s immediately imperfect in some way. Imperfection is a part of life and our differences and idiosyncrasies are what make us interesting so they should be embraced. And I’m a firm believer that there should be some sort of wink or twinkle in the eye in any art that’s dealing with heavy stuff, otherwise it starts to take itself way too seriously. Humor is very important because it’s grounding.

Visual art and world-building seem to be something you actively engage in. What do you find valuable about changing yourself and living seemingly different lives?

I just love to use my imagination and to find the hidden shapes and spaces in things. Mostly, all my work is me discovering something else I didn’t intend when I first began working. If I hold on too tightly to something it goes dry real fast.

Finally, having created two stellar and colourful albums, what styles of music are you yet to incorporate in your writing that you’d like to in future? And why?

Listen to Art Feynman on Spotify and Apple Music. Pick up a copy of our latest print magazine featuring cover star girl in red HERE.