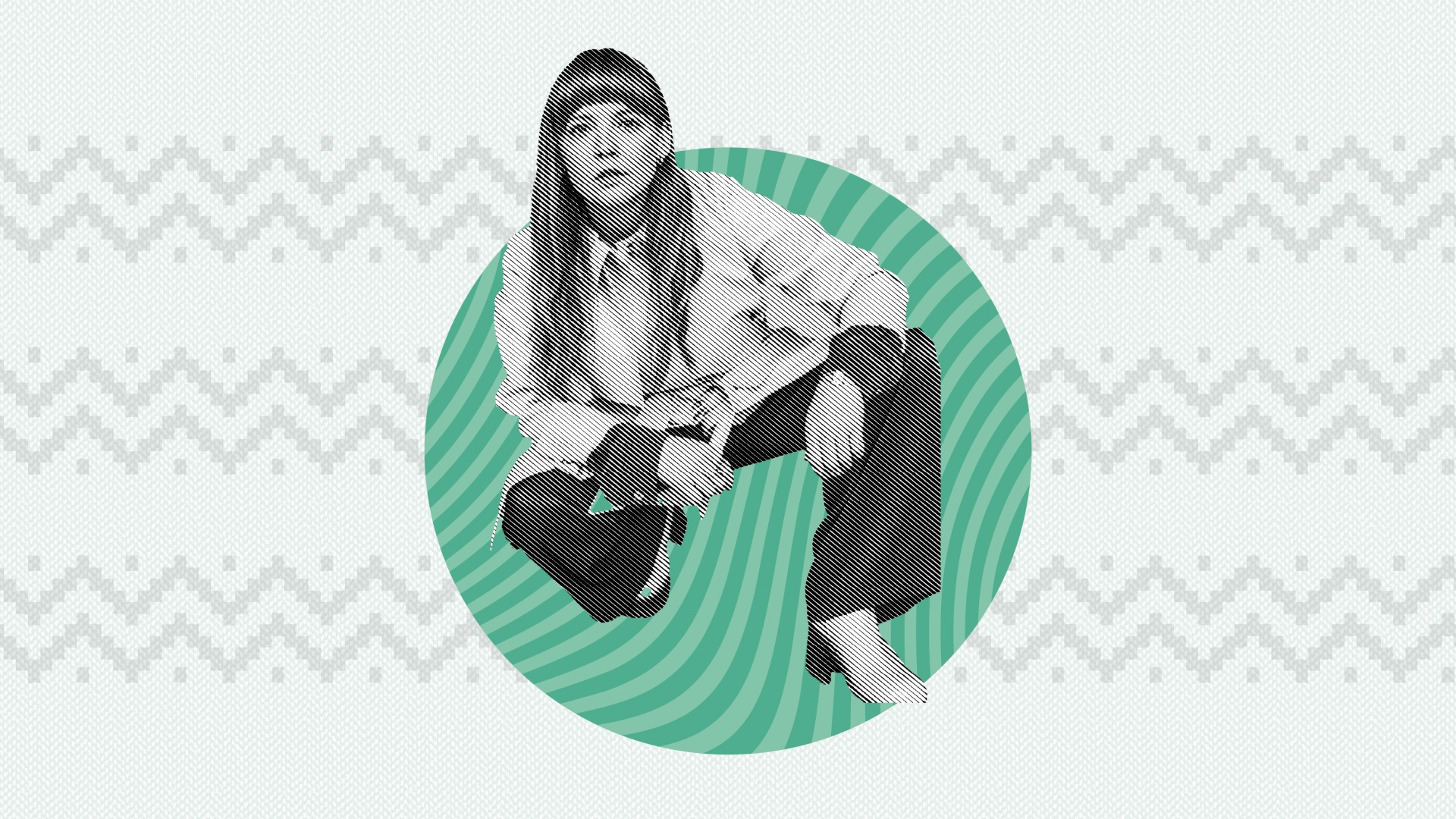 Earlier this year, Courtney Marie Andrews released a record called Old Flowers, a storybook of sorts chronicling some very real heartbreak following the dissolving of a relationship that lasted almost the entirety of her twenties. And so, it’s somewhat fitting to hear the record performed in this light – no crowd, no crew, nothing. Heartbreak is, after all, intimate and private. It’s personal. And sure, there was no audience physically in the room, but somehow on Thursday night, that almost made sense.

The Parthenon in Nashville proved to be a perfect landscape, with its intense, natural reverberations, dim lighting and flourishes of golden, Roman-inspired art etched into the surfaces behind the star herself. Courtney bounced back and forth between an acoustic guitar and a wurlitzer, joined subtly by two multi-instrumentalists who, together with Courtney, sang in pitch-perfect harmony throughout their 45-minute performance. Together, the trio encircled an old carpet covered with old flowers (get it?) and candles – one of which was accidentally knocked over by a microphone cable near the end of the set in a humbling reminder of how adaptable musicians have had to be, particularly in a live setting. Watching Courtney struggle a bit with a microphone stand was also endearing in that respect, an unintentional nod to how vital crews are to routine live performances.

Equally as vital though are the fans. There was no applause to be heard – unless of course you were clapping from your couch. Courtney hardly even talked between songs; it’s hard, after all, to interact with an audience you can’t see. But the spirit was there all the same. When Courtney began ‘How You Get Hurt’, the penultimate track from Old Flowers, I felt something I haven’t felt in almost a year. The room around me faded away and for a split second I was in the venue. I was seated in the front row, the hairs standing up on my arm. My eyes started welling up a bit. Ahh, yes. There it is: the undeniable power of live music. The thing that’s so hard to describe to someone who doesn’t live for it like I, and people like myself, do. It was beautiful to feel that feeling again, if for only a moment.

It may be devastating to think there’s no clear end in sight to the livestream culture we’ve been forced to adjust to but with performances like this, it’s good to know there are still ways to ease our weary souls. Thank goodness for that.