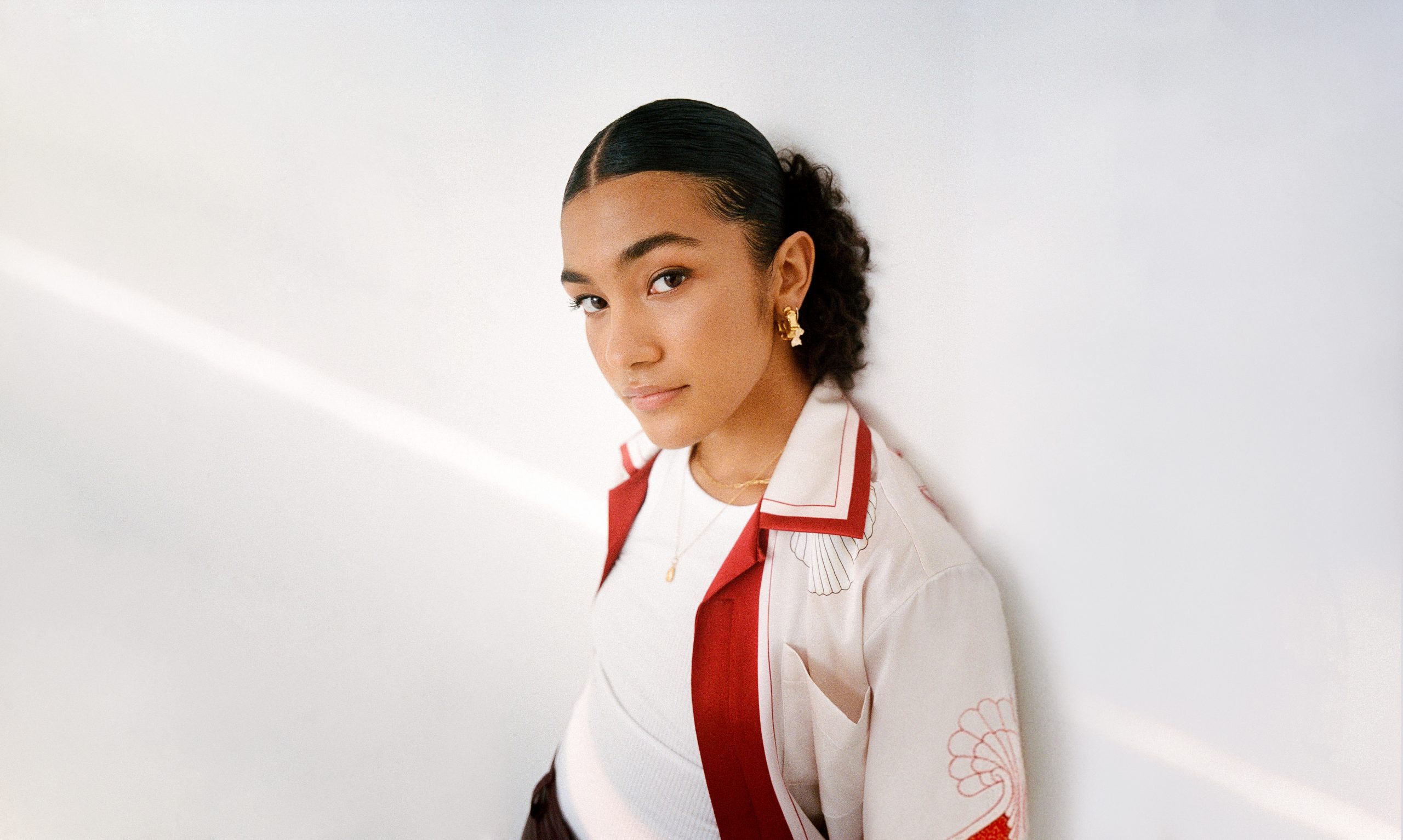 Olivia Dean believes the world is telling us to relax

During this strange time – in which everyone is either learning how to knit, forming a weirdly close relationship with their Duolingo owl, or simply shitting themselves – Olivia Dean is an anomaly; the East-London-born songwriter is, quite frankly, too cool to care.

“At the beginning of lockdown I was like, ‘I’m gonna write my whole album now, and do the most songwriting I’ve ever done’. People were saying, ‘Now is the time to write a novel or learn a new language’ and I just thought, ‘No guys, I really think this is the world saying take a break – just relax.’ I think there is a real pressure to be productive in front of other people, you know? It’s like, you’ve got to be onto the next thing. But I don’t really care,” she laughs.

“I actually decided to take a break and not write anything during lockdown, and have worked on finishing stuff,” Dean continues, candidly. “I’m quite a perfectionist, so I start things and then think ‘No, I could do something better’. I had a ridiculous number of songs I needed to finish, so I’ve just been in finishing mode and just relaxing, and trying not to put too much pressure on myself to be creative.”

I write songs as if they’re advice to myself.

The first thing I notice as I’m chatting with Olivia Dean is her humbleness. She’s down to earth and easy-breezy – the kind that you envy and strive to be. Except, she’s not even trying: it’s just her. Olivia’s quirky relatability lies in her personal anecdotes – both in conversation and in her music.

“When I first started writing songs, it was almost like a diary entry kind of thing. It’s so therapeutic to describe a situation and have it down in a three-minute thing, and have all your thoughts there. I write songs as if they’re advice to myself. My [latest] single is something that I needed to remind me how I feel or felt. It’s just amazing when other people get that from it as well.”

Her relatability is the linking vessel between her character and her craft; emitting an elusive sort of ‘I don’t care’ quality through each lyric. In the Olivia Orbit, the lines between tunes and personal chit-chats are blurred.

“The more personal you are, the more people can relate and feel more open. I think I started songwriting because I was looking for a way to share how I was feeling – to express stuff that I couldn’t say in a conversation. I want other people to hear themselves in it and think, ‘I can relate. I’ve been there’.”

This is especially fitting for Dean’s newest single, ‘Baby Come Home’, a soothing and soulful tune about longing for an absent lover. Self-shot and self-directed in her South London garden, it’s the follow up to Dean’s debut EP, Ok Love You Bye, which was released last year. Her musical journey thus far has been bounded by longevity and fun: from knowing that she wanted to be a singer from eight years old, to touring with Rudimental fresh out of college. Despite her ultra-cool-as-a-cucumber mien nowadays, Dean admits that it took singing lessons for her to step out of her musical shell, spurring her self confidence on.

“I started singing when I was 8 years old. I wasn’t very good, but my mum got me some singing lessons. I was quite shy when I was younger, so I think it was more of a confidence thing for me to go to the class and meet new people.

“Then I went to BRIT school and started writing my own music,” she continues. “I met my band there as well… after that, it took off and it was crazy. When I came out of college I did some touring with Rudimental at 17 or 18 – it was ridiculous. I had to pinch myself every time, and think, ‘How did I get here?’ That was wicked. I put my EP out a year after that, and have been writing ever since.”

Although her interest in music stems from an early age,  Dean was the first in her family to actively engage with singing and playing. She credits her family’s diverse tastes as the ultimate catalyst to her inspirations.

I love songwriting and lyrics – that’s the most important part for me.

“I don’t think I came from a super musical family, no one else sang or played. My dad would always be playing records [though], he has a really eclectic music taste. One of my earliest memories is dancing with him in the kitchen and him playing me the stuff he listened to. I found a love of music through his love of music, I think.”

Amidst these whirls and twirls around the kitchen with her dad’s music in the background, Dean found some of her earliest influences which she still derives inspiration from, today.

“I love songwriting and lyrics – that’s the most important part for me. I love Carole King, and the Motown era; dramatic lyrics and singers like Aretha Franklin, too. Recently, I’ve thought Solange is incredible. I love The Smiths in terms of lyrics, and Laura Marling, too. There’s a big mix,” she ponders.

When we ask Dean about her next EP, she is unsurprisingly generous about what it encompasses.

“The next EP is gonna be called, What Am I Gonna Do On Sundays, and it’s more reflective of a chapter of my life that has just closed. The production is a little less organic than previously; I’ve been working with a producer called Felix Joseph. It’s more dramatic and maybe a bit sadder than some stuff I’ve done before, but I’m really proud of it and I hope that people like it. It’s very honest and the songs are some of my favourites that I’ve ever written, so I’m excited for people to hear them.”

Dean’s enviable carefreeness clearly extends beyond her personality. She is entirely fluid in regards to making changes to her music, going with the ebbs and flows of her own little tide – and absolutely killing it whilst she’s at it. Despite admitting to spicing up the forthcoming EP with a little more drama and a little less ease and breeze, one thing is for sure: it’ll be wrapped in a robe of relatability and a web of wittiness. We cannot wait.